The secret challenges of a telco revolution

As someone working deep in the figurative trenches of the telecommunications industry, I often reflect on Australia’s telco pioneers.

This includes pioneers like Sir Charles Todd, an innovator who was passionate about connecting Australia to the rest of the world almost 150 years ago. Can you imagine what it must have been like back then? Everything you knew about the wider world was acquired from month-old English newspapers or eight-month old letters.

But that was the reality for Australians, until Sir Charles.

His engineering marvel was the Overland Telegraph Line, stretching 3200 kilometres from Adelaide to Darwin, and then connecting Darwin to the rest of the world via existing underwater cables. It was constructed during the 1870s at a time when our biggest cities were little more than towns, and many people were here chasing gold.

Now, here I am as Chief Network Deployment Officer at NBN Co, bringing that same-sized revolution to the current generation of Australians. 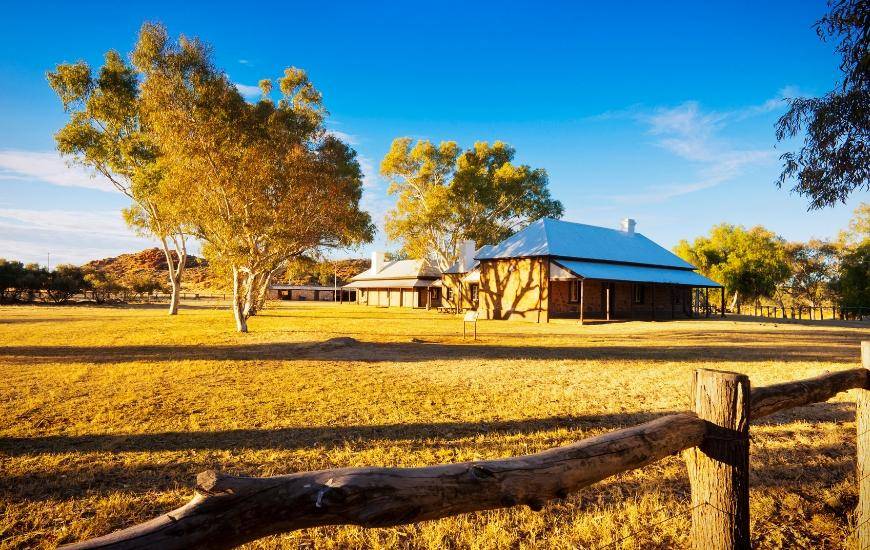 Established in 1871, the Alice Springs Telegraph Station was one of 12 spaced out along the Overland Telegraph Line

My task may not be as frightening as the one that Sir Charles faced, but I can empathise with the challenges he had to overcome. And I aim to complete mine with like-minded passion and success.

As an admirer of his work, I was understandably honoured to recently deliver the 2018 Charles Todd Memorial Oration.

During the speech, I played the following video that proves just how essential access to fast broadband is to Australians: all Australians, regardless of how remotely they may be located.

Told through the eyes of the delightful Zarah, we learn how access to fast broadband has changed this young student’s life by connecting Zarah with her teachers, her family and her classmates.#

In my opinion, there’s no more convincing an argument to the power of services over the nbn™ broadband access network.

And when it comes to rolling out the nbn™ access network, I believe there are two vital halves.

There are those tasks done in clean boots: turning on and maintaining access to fast broadband once the network is built. And there are those done in muddy boots: out installing the network in the street and in the pits, with the pipes, the cables and the shovels.

While I may not be exploring new terrain for the first time as Sir Charles did, there are plenty of new technological and geographical obstacles that my team and I negotiate each and every day.

Sir Charles had a blank canvas to build upon; we have fully formed existing infrastructure blocking every path.

We plan, we design, we deliver safely and at a high quality every day, but it all begins with trial and error. There’s no blueprint or guide to rolling out the nbn™ access network as it is a world-first. 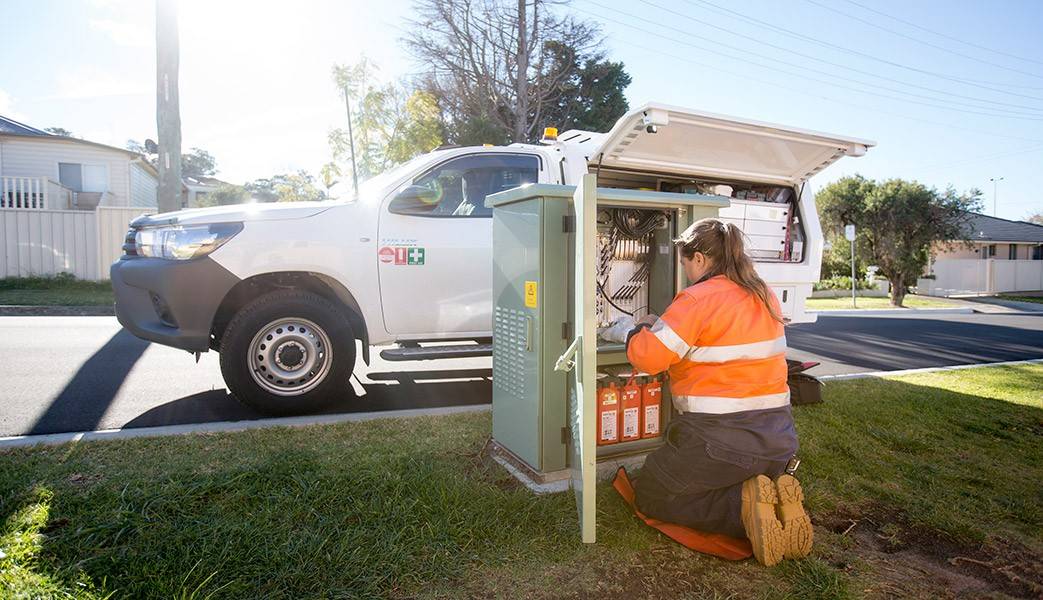 I’ll be the first to admit I questioned if it was possible when we began back in 2010. It has taken innovation, persistence, resilience and a team of talented pioneers to pull it off. We’ve stuck at it and have managed to deliver 185,000km of fibre, 25,000 nodes, 2000 Fixed Wireless towers and two satellites thus far.

As of the day of my speech in early November, 75 per cent of network construction was finished and a further 24 per cent of homes and businesses were past the design phase or are being built right now.

Now tens of thousands of homes are joining the fast broadband revolution every week: joining the 4.5 million homes already connected to the nbn™ access network. To know this and to see how far we’ve come since the doubt that plagued me in 2010 is truly inspiring.

If only everyday Australians could see the scale of the planning and construction behind the experiences they enjoy, like high-definition video chats with loved ones on the other side of the country or around the world.^

But they don’t have to. That’s my job. And it continues to be my job.

One of the feats of which I’m most proud gets very little attention in the media.

The nbn™ Transit Network is the ‘central nervous system’ that allows our entire network to function. It’s what links together all 121 Points of Interconnect across the country into their Local Distribution Networks. And it’s how we’ve got fibre into places it’s never been before.

This includes getting it up onto the rocky plateau of Mount Tamborine in Queensland, through the dilapidated conduit under the 3km-long Houghton Highway Bridge in Redcliffe, and drilling 2.5km under Warrell Creek and the surrounding wetlands at Scotts Head in New South Wales. Then there’s ploughing through 13km of farmland to reach Leongatha and Korumburra in Gippsland, Victoria, using rock saws to cut through massive boulders.

Even something as city-centric as the Sydney Markets in Homebush, New South Wales, can be a massive challenge.

The market runs 24 hours a day, with forklift operators and produce arriving as early as 1am. There’s an army of businesses that need to be serviced, including market stalls, butchers, fish markets, flower stands and more, all spanning a huge amount of floor space. And the pre-existing network is a patchwork mess incrementally put together with no overarching plan from which to build.

I don’t think most Australians are aware of these daily challenges, nor the resources and effort required to overcome them. This is a nationwide telecommunications transformation.

Getting the job done

It’s my belief that successfully completing the rollout of the nbn™ access network in 2020 will require a close relationship with the telecommunications industry.

That means getting in the same room as our Delivery Partners, ensuring everyone is on the right page (or same boat!) and paddling in a unified direction.

After all, we’re looking to get 1.4 million homes and businesses connected to our new Fibre-to-the-Curb (FTTC) access technology, which pushes fibre to within 30 metres of the premises. Once complete, this will be the world’s biggest rollout of this particular technology.

Think of what it means to get fibre that deep into residential streets. Especially in states like New South Wales and Victoria, there’s so much other construction going on that civil resources are limited and the streets are constantly busy.

It also means continuing to work closely with our nation’s First Peoples: not only bringing access to fast broadband to their homes and businesses, but also working with the Aboriginal Areas Protection Authority and local elders to help ensure sacred sites aren’t disturbed by our infrastructure.

Sir Charles would be proud

But it’s all worth it, of course.

In the end, the nbn™ access network isn’t about the technology but the communities that benefit from it.

I encourage anyone who doubts its worth to look at the data emerging from AlphaBeta’s Connecting Australia report (commissioned by NBN Co). It’s not just about helping to improve entertainment options and social lives. It’s about supporting self-employment, businesses booming, education for Australians and so many other critical means of improving quality of life.

I reserve special mention for what it has done so far for women in Australia. 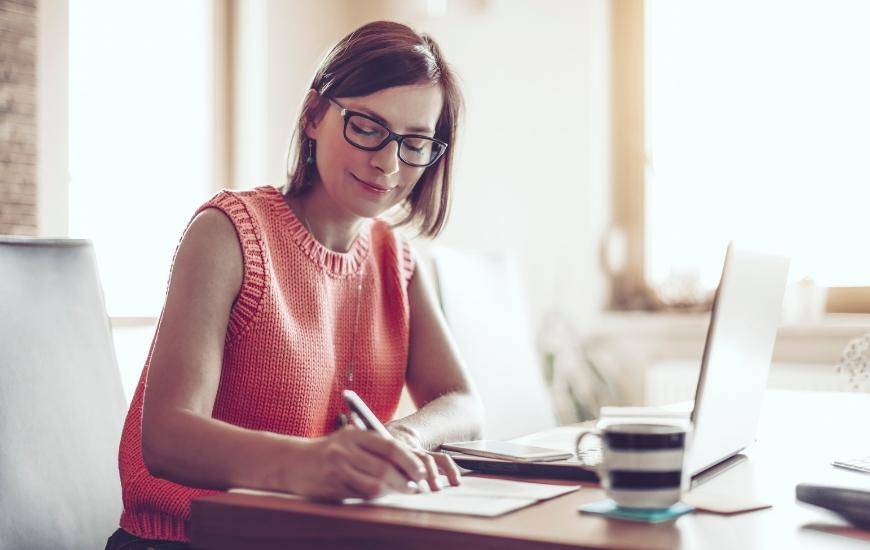 Did you know the rate of growth in self-employed women is 20 times higher in regions where the nbn™ rollout is more than 90 per cent complete than areas where the nbn™ rollout is less than 10 per cent complete? Astonishing! This is bringing genuine gender diversity to numerous industry sectors, including telecommunications. As the first female leader in our industry to deliver the high-profile Charles Todd Memorial Oration, research such as this is immensely rewarding.

Sir Charles may have never known the full extent of the impact he had on everyday Australians. I’m happy to report I’m under no illusions. It says a lot that, in 2012, Australia was in the bottom 10 for internet equality among the Organisation for Economic Co-operation and Development (OECD) countries and, in 2021, we will be in the top 10 (assuming all other countries are held constant on their 2016 figures).*

Rest assured, I’ll be out there wearing my muddy boots to ensure it all gets done.

Meet NBN Co field engineer, Brent, one of the people behind the nbn™ network.

* Research commissioned by NBN Co reveals that Australia’s ranking among OECD countries, in terms of equality of internet speed and proportion of people without internet access, has risen from 29 in 2012 to 17 in 2017 and, assuming that all other OECD countries are held constant on their 2016 figures, is predicted to be in the top 10 by 2021.

# nbn is very happy with Zarah’s experience with the nbn™ broadband access network. Of course, end user experiences may vary. An end user’s experience, including the speeds actually achieved over the nbn™ broadband access network, depends on the nbn™ access network technology and configuration over which services are delivered to their premises, whether they are using the internet during the busy period, and some factors outside of nbn’s control (like their equipment quality, software, chosen broadband plan, signal reception, or how their provider designs its network). Speeds may also be impacted by network congestion on the nbn™ Fixed Wireless network, including during busy periods. Sky Muster™ satellite end users may also experience latency.

^ An end user’s experience, including the speeds actually achieved over the nbn™ broadband access network, depends on the nbn™ access network technology and configuration over which services are delivered to their premises, whether they are using the internet during the busy period, and some factors outside of nbn’s control (like their equipment quality, software, chosen broadband plan, signal reception, or how their provider designs its network). Speeds may also be impacted by network congestion on the nbn™ Fixed Wireless network, including during busy periods. Sky Muster™ satellite end users may also experience latency.