For those living and working in the Northern New South Wales coastal village of Scotts Head, services over the nbn™ access network are closer than ever. We’ve successfully drilled beneath a river and coastal wetlands to install a vital new fibre link to the popular holiday destination.

The drilling job, which involved two separate 500-metre-long ‘bore shots’ – one under Warrell Creek and the other to bypass protected wetlands in the area – was achieved quickly and has saved NBN Co hundreds of thousands of dollars in costs. 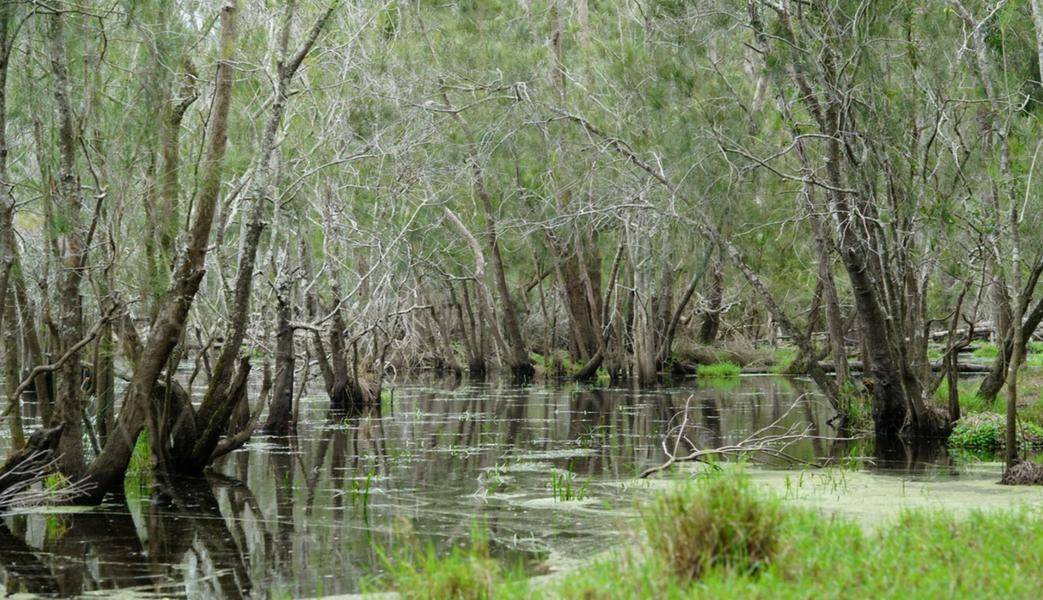 We successfully completed a 500m-long bore shot under nearby wetlands.

It wasn’t part of the original plan to connect Scotts Head this way.

Original plans to connect the surfing hotspot to our network would have seen a fibre link laid from Macksville to Scotts Head via the Pacific Highway, one of the state’s main trucking and transport thoroughfares.

The designs for that original 15-kilometre route would have involved numerous difficult bridge crossings and lengthy closures of the busy highway, causing significant traffic delays.

“We would have had to shut down sections of the highway and bridges,” says Steven Hasselbach, NBN Co Deployment Manager – Rural North. “If we had gone down that route, not only would it have taken a lot longer, it would have cost us about 20 per cent more.” 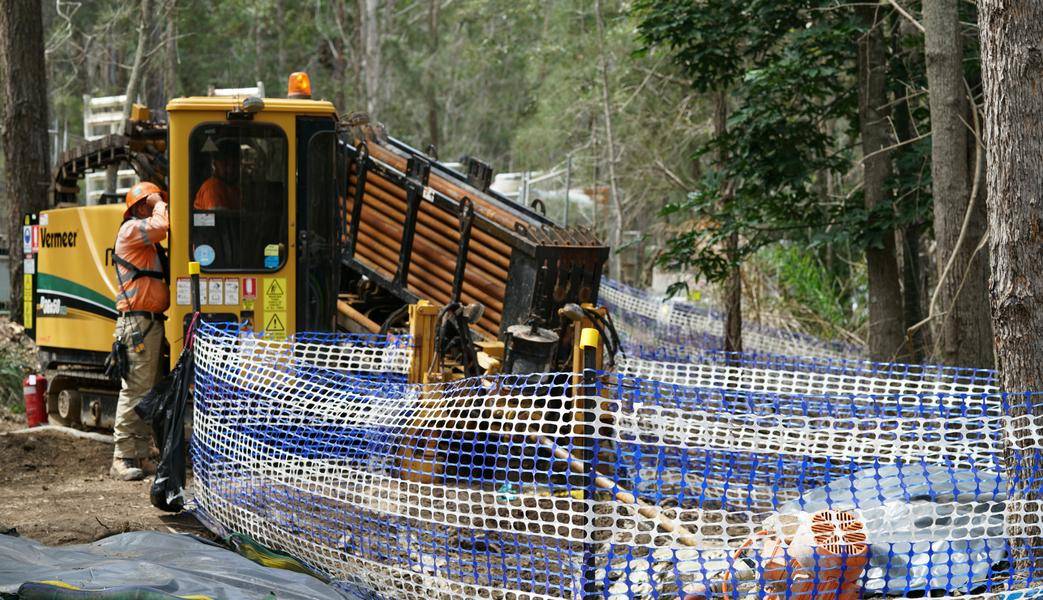 Hasselbach leant on the expertise of his colleague and area-local, NSW Regional Deployment Project Officer Pat Friend, who helped devise a new and cheaper (albeit trickier) path to make the fibre connection a reality.

“The original route was an incredibly difficult path to build,” says Friend. “There were private properties, national parks and bridges to contend with, so we went looking for a new route.

"This will help make a difference to the people of Scotts Head. It’s towns like these that can benefit from services and the competition that the nbn™ access network brings.” 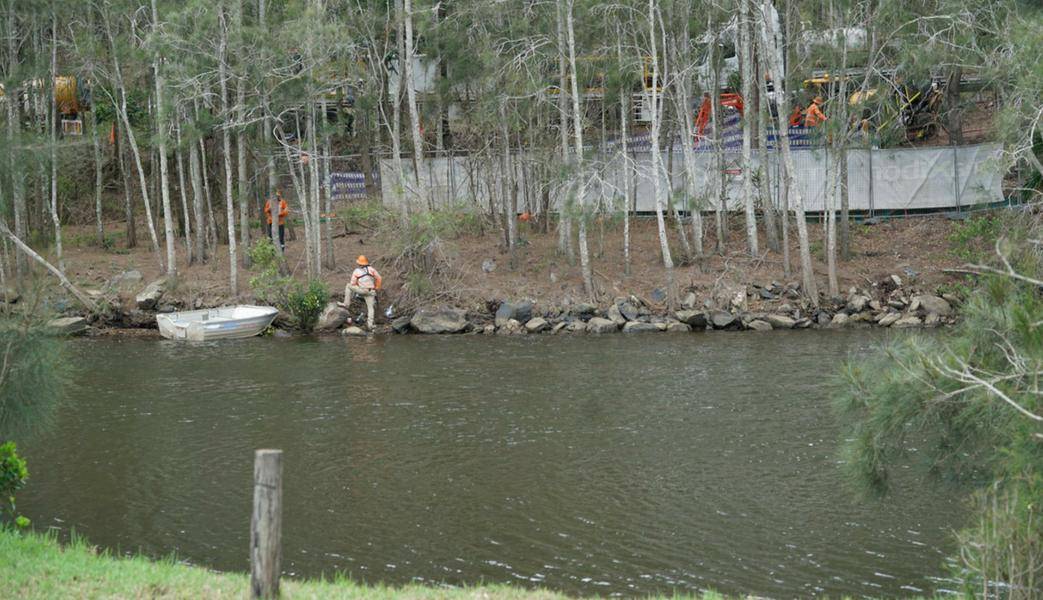 A view of the bore-shot from the other side of Warrell Creek.

Friend used his local knowledge of Scotts Head and the surrounding suburbs to come up with an alternative solution. This involved using quiet back roads and boring under Warrell Creek to lay the fibre link needed to connect the town.

“We went looking for another route and found one,” says Friend. “The only problem was we had to bore about 500 metres under a river. We literally went door knocking at paddocks alongside Warrell Creek to find someone who would grant us land access to make it happen.”

“The new route allowed us to avoid many of the risks we would have faced on the main road, as well as a series of difficult bridge crossings,” adds Hasselbach. “It goes to show that, while we have designs, it’s not until we get out on the ground that we discover the combination of risk and cost sometimes means it’s not practical.” 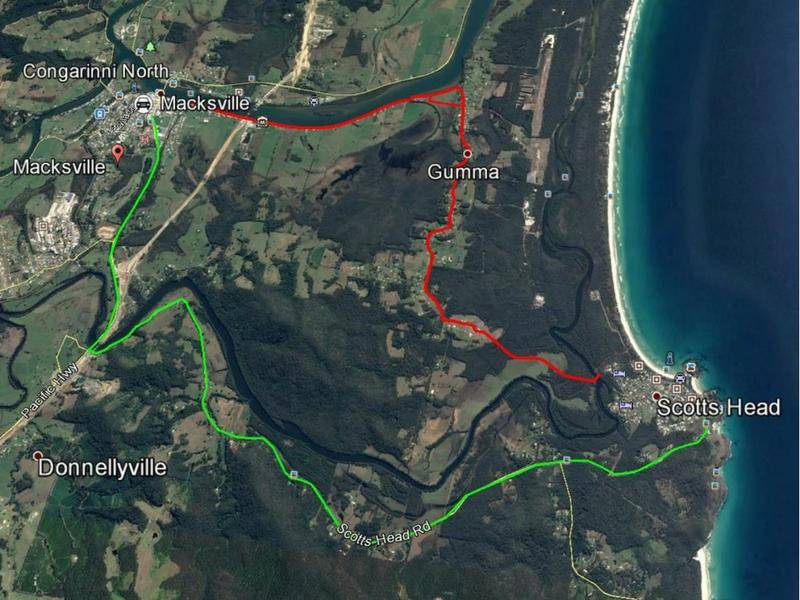 A map showing the original route (in green) versus the newer, shorter route (in red).

Maxibor Australia, a specialist bore operator, was brought in to operate a 13.5-tonne directional drill that churned through dirt, cobblestones and bedrock some 15 metres beneath Warrell Creek to ream a path for the fibre-encasing conduit.

Once under the river, the drill bit bore its way through the bedrock at a pace of about three centimetres per minute before completing its 500-metre journey to the other side of the bank. In all, it took 10 days to complete the job. 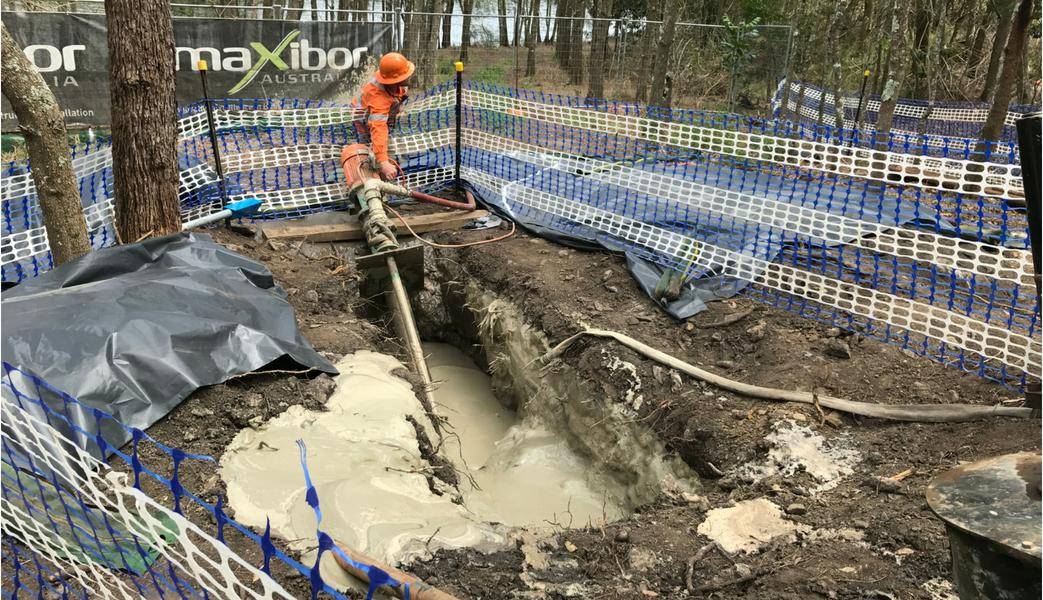 The directional drilling machine in action.

Despite the seemingly gruelling pace, Maxibor says the bore shots were done in record time for the company and that particular drilling machine – but the new plan wasn’t without its challenges. The bedrock beneath the river was discovered to be extremely hard and had a compressive strength in excess of 180 megapascals (MPa, a pressure measurement unit), putting it in the same league of toughness as granite.

Other challenges included keeping the drill bit on track and at the right depth to ensure the bore shot remained on target at all times.

The drill head was constantly monitored using a special magnetic guidance tool to ensure it remained at the correct depth and direction. Tracking the drill is usually done by walking the route of the drill, but because the bore was underneath the riverbed, a worker had to use a dinghy to track the drill head across the river. 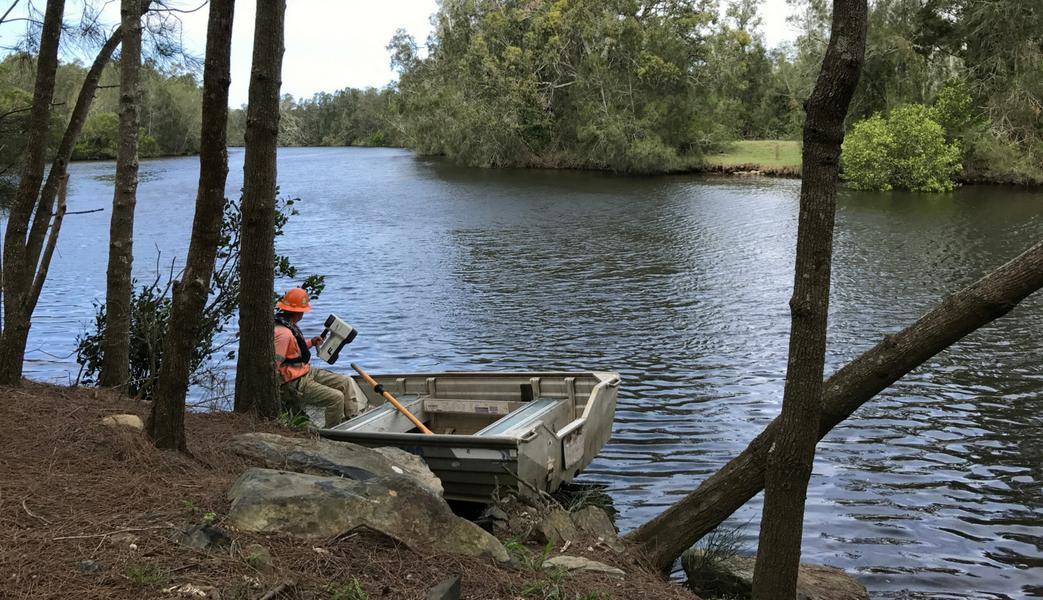 Tracking the progress of the drill while aboard a dinghy.

It’s not the first time NBN Co has bored under a river to bring access to services over the nbn™ access network to homes and businesses. The same team worked with Maxibor Australia in 2014 to complete a 370-metre fibre crossing under the Manning River from Taree to Tinonee.

In 2017, NBN Co also successfully executed a 170-metre bore shot beneath a major highway, two busy roads and a railway line outside the Victorian town of Warragul.

“It’s innovative solutions like these bore shots, coupled with the expertise we have on the ground all around the nation, that’s allowing us to get on with the job of connecting Australians to services over our network,” says Hasselbach.

Discover how we're connecting leafy Belgrave at the foot of the Dandenong Ranges to our network.