Striking up the broadband on Mount Tamborine

When it comes to bringing Mount Tamborine onto the nbn™ broadband access network, Andrew Hennegan has no illusions about the difficulty of the task he’s preparing to tackle. NBN Co’s Project Manager for FTTx Regional Deployment in Queensland has seen it with his own eyes.

Nestled in the Gold Coast hinterland, just 30 minutes from his home, Hennegan has visited the picturesque patch many times with his kids.

“That being said, we are building around and on top of the plateau of a mountain. It is steep, rocky, has many narrow roads and is an area where we must maintain vigilance in protecting the wildlife and vegetation.

“This will be the most challenging build we have completed in South East Queensland.” 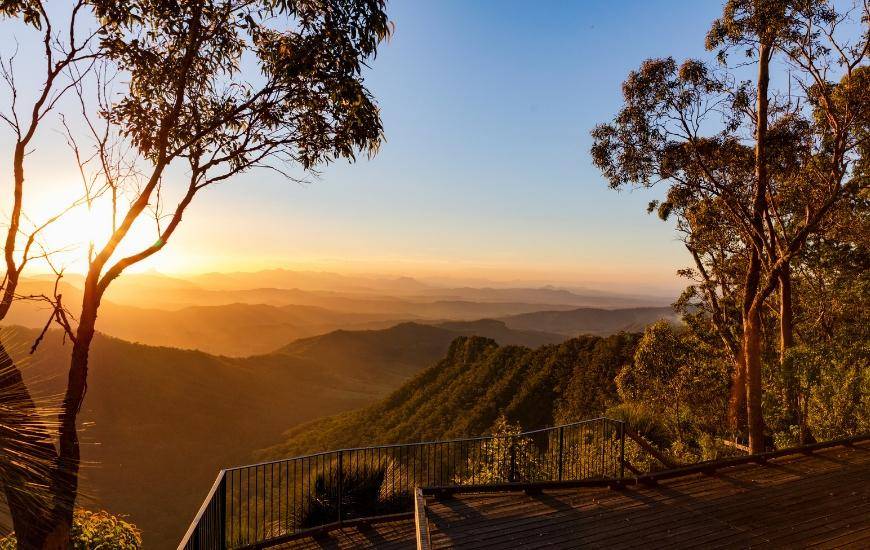 A quick look at the facts relating to this beautiful but rugged area and it’s not hard to see why.

For a start, ‘4TBN FSA’ as it’s known in the trade, is on a mountain halfway between Brisbane and the Gold Coast.

“Access up the mountain on the Brisbane side is quite narrow with lots of twists and turns but, fortunately, the Gold Coast side is a little more accessible,” says Hennegan.

On top of this, the village on the plateau topping the mountain is also surrounded by the Tamborine National Park.

While the build – which is equally split between Fibre-to-the-Curb (FTTC) and Fibre-to-the-Node (FTTN) technologies – does intersect with the park itself, all works have been designed on road reserves, with no impact on the park expected.

However, significant parts of the build border on areas with protected vegetation and threatened ecological communities.

“When commencing construction, we will be working closely with our Delivery Partner, Downer, to ensure that no deviation to the design is completed without first consulting with our Land Access and Stakeholder Engagement team and, through them, the local council,” says Hennegan.

“We will also ensure all team members in the field are aware that we are building in a natural tourist attraction. So we must represent the best of NBN Co by ensuring no site is left open and un-remediated any longer than necessary, and that we consider our footprint on the local environment with all sites left as close to how we found them as possible.” 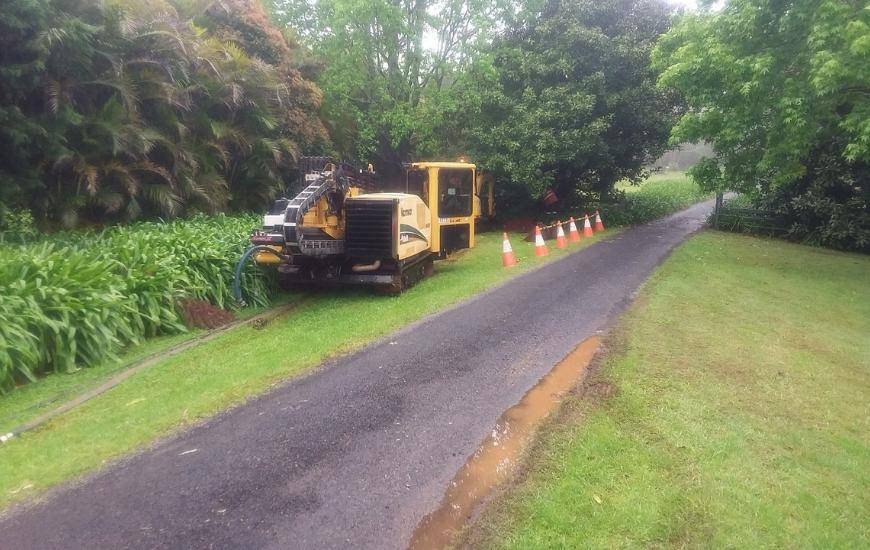 Then there’s the weather.

Covered by rainforest, the mountain is undeniably beautiful, yet historical records reveal it’s also a magnet for significant amounts of rainfall every month of the year. The wettest months fall within the build schedule.

“This could lead to some flash flooding and access issues,” confirms Hennegan.

“And this is offset by the two relatively driest months of the year being prone to bushfire!”

Regardless of when construction commences, weather will play a significant factor in safety, accessibility and environmental protection.

Not to mention the kangaroos. 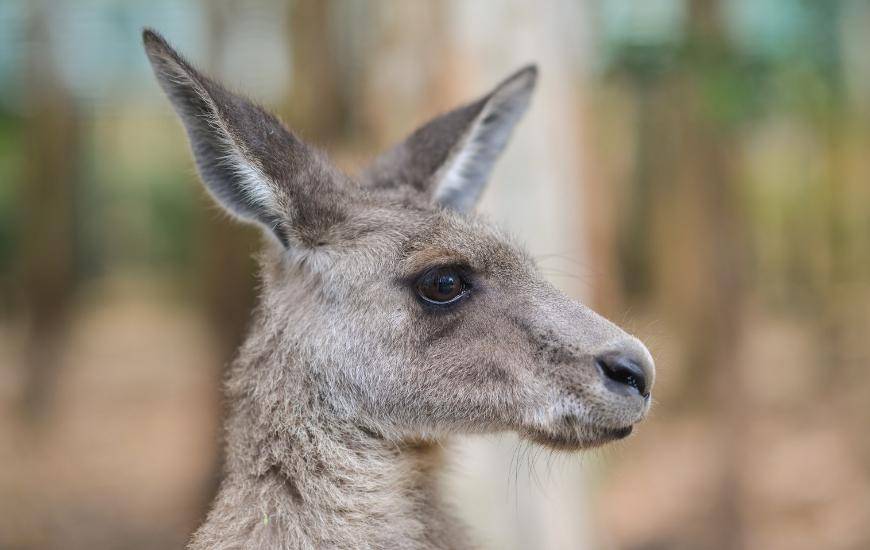 Australia’s most iconic marsupial is considered such a high safety risk in this part of the world that Downer plans to implement safety protocols aimed at minimising travel at dawn and dusk to avoid potentially dangerous collisions.

While all of these obstacles are still some way off, the team has begun preliminary scoping of the area in preparation for the build itself. Hennegan says it’s important to know the obstacles faced and how to overcome them.

That’s why NBN Co has chosen to proceed with an aerial build.

“Primarily utilising existing aerial build will allow us to haul fibre through areas that would have otherwise been inaccessible due to protected vegetation and natural habitats,” says Hennegan.

“The general rule is, if the copper and electrical assets are on poles, there’s a good reason why.” 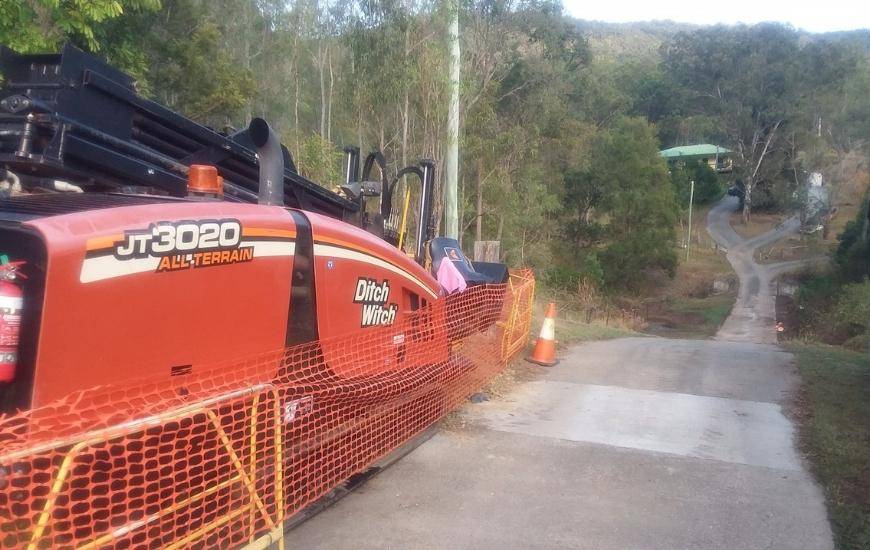 The decision to go aerial, however, still presents its own challenges.

“This is expected to be the most difficult aerial build in the region,” says Hennegan.

“There will be a large number of poles to replace and make-ready works to complete. Weather and road widths will pose challenges to access for large trucks to work on our aerial build.

“We also risk coming up against copper lead-ins on ‘natural poles’ – also known as trees – which will be a challenge for private property Distribution Point Unit installs.”

Further complicating matters is the pole remediation and replacement project currently being run by energy company Energex, which prevents us from ordering custom-built aerial cables until we can measure up the final product.

“The benefit of this is that we will reduce the number of poles that need replacing, as this is an area with a relatively old network,” explains Hennegan.

Construction for the rollout of the nbn™ access network on Mount Tamborine is expected to be completed in April 2019.

Discover how NBN Co tackled tough below-ground rocks as we rolled out in the Adelaide Hills.