Tapping into the exciting future of smart devices

The nbn™ project | Published on 13 February 2020
Share on Twitter Share on Facebook Share on LinkedIn
5-minute read
In this summer blog series, we’re taking a closer look at how smart devices are changing the way Australians live, this time focusing on the future.

While futuristic gadgets depicted in movies like Back to the Future once seemed light years away, today, they’re closer than ever.

In fact, by 2021, the average Australian home is expected to be packed with more than 30 connected devices.

It’s a future that will continue to tap into the exploding Internet of Things (IoT) trend, which sees everyday devices evolving to include internet connectivity.

Already a one-billion dollar industry here in Australia, according to technology analyst firm Telsyte, IoT is anticipated to be worth $5.3 billion by 2023.

So, let’s cast our minds forward to the future to imagine how smart devices and ever-evolving connected technology may help to keep us entertained, educated, employed… and much more.

Step into the connected home of tomorrow...

The entertainment industry has been at the forefront of the IoT revolution, which is understandable given it’s one of the most widely used and consumed online technologies.

It’s also where we’ve seen much of the earliest demand for high-speed broadband*, with apps on smart TVs and set-top boxes, like Netflix and Apple TV, offering 4K streaming.

Outside of high-fidelity video, audio-streaming services are taking advantage of high-speed broadband to offer the kind of decompressed music that audiophiles adore.

So, what can we expect for ‘smart’ entertainment in the future? 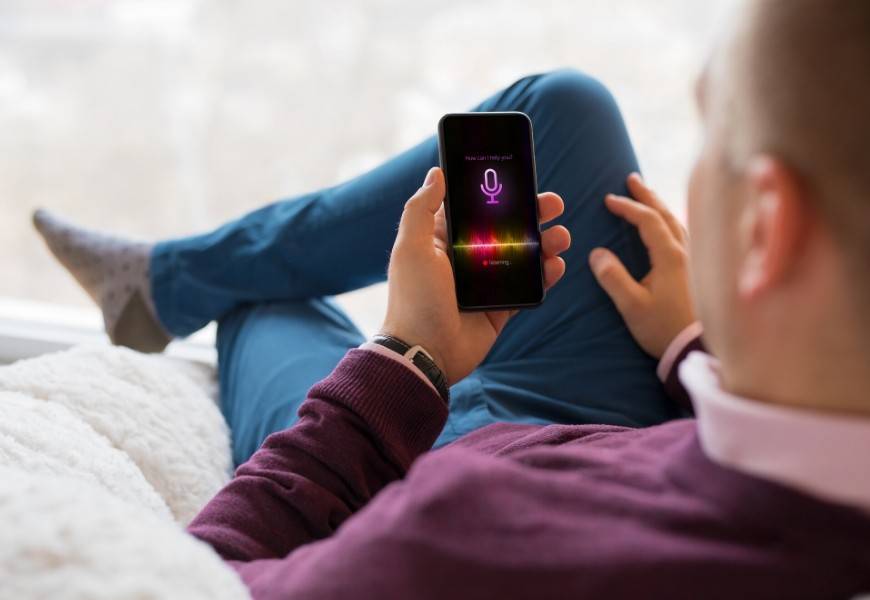 Connected devices are likely to evolve further by tapping into machine learning algorithms to better adapt to individual users, as well as to continue to push back the boundaries on what virtual assistants and voice control can achieve.

Deeper integration of an increasing array of IoT appliances with smart hubs are also part of the next frontier.

For streaming devices – with 8K TVs out in the wild and 8K content lagging behind – there’s an opportunity for beyond-4K streaming to become a reality. With the right screen, you can already experience 8K in a limited capacity on YouTube.

On the next-gen gaming front, Microsoft and Sony will both release new Xbox and PlayStation consoles in November 2020, with greater connectivity and device-interconnectivity features expected to lead the way.

Streaming games will also be a hot topic.

In the future, expect virtual reality (VR) to expand deeper into the live-entertainment space.

With the right VR gear, you can already tap into live concerts (big and small), comedy and sports, but as VR becomes more prevalent, expect this space to grow to allow more live experiences from the comfort of your own smart home.

Similarly, while VR cinema is fledgling in terms of application and availability, greater demand for VR will offer another way to have a cinematic experience at home that’s (virtually) bigger than a TV screen.

As the wires are finally starting to strip away from VR headsets and resolutions are improving alongside user comfortability, the future of VR entertainment is very promising indeed.

The rise of embeddables

Unlike the wearables we know and use today, the future of IoT devices is in ‘embeddables’.

With huge potential benefits to the health sector, fitness and general productivity, these devices don’t live outside the body, above our skin or on clothing; they live within us. It’s a movement that’s linked to ‘biohacking’.

You may think we’re in sci-fi territory here but make no mistake, embeddables will be commonplace in the future.

For example, smart pacemakers will send information to your physician to document your heart’s health, can call for aid if you have any issues, and can even administer an electric shock to restart a stopped heart in an emergency.

For general health tracking, expect to see fitness trackers that live under your skin for accurate diagnostics of everything from your sugar and oxygen levels, through to monitoring cholesterol and heart rate. 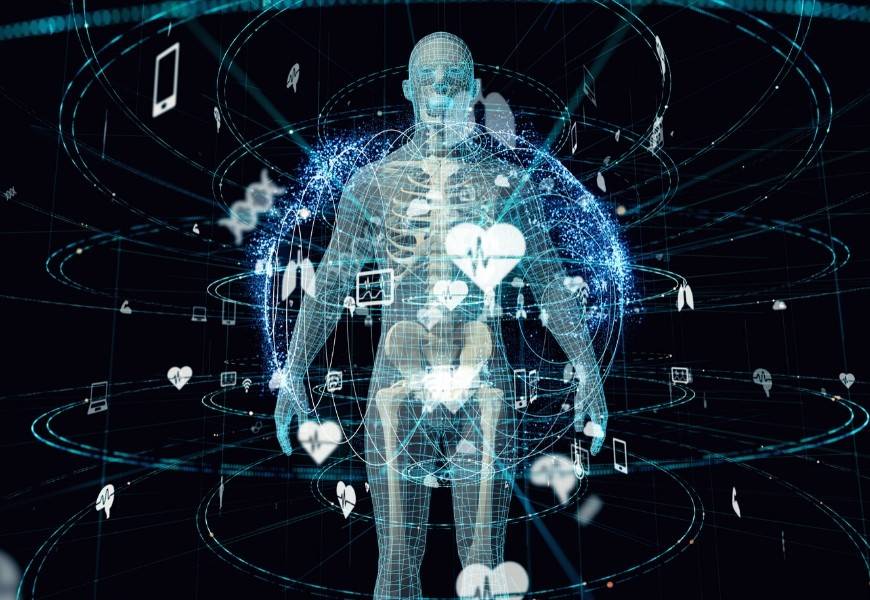 One emerging technology with huge potential is the smart contact lens.

Placed within the eye, this connected device can provide adaptive vision enhancement where you can alter its lens based on your activity.

It can even diagnose issues with glucose levels by monitoring your tears. And it can provide an augmented-reality (AR) overlay to improve productivity, such as revealing GPS map data or incoming messages.

Out of sight and onto hearing.

Smart hearing aids get smarter through everyday use via machine learning, alongside personalised sound options for managing what you want to hear in, say, a busy restaurant.

Machine learning means these devices will get smarter – which is how there are already hearing aids that can offer on-the-fly foreign-language translations.

While there’s already the likes of smartboards used in many classrooms around the country, smart tables are also beginning to emerge for collaborative group activities.

Further down the track, we can expect to see AR devices become more prominent in education.

These lightweight AR headsets allow for collaborative lesson experiences where entire classrooms can swap out pictures in textbooks for 3D models and real-time pop-up cinematics they can move around and interact with. 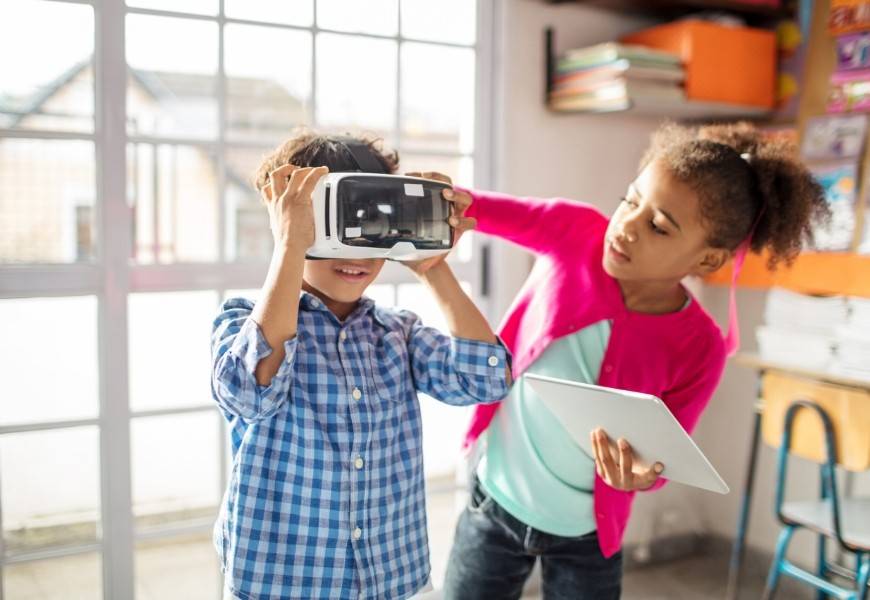 Even further down the track, don’t be surprised if we see powerful machine-learning algorithms that provide adaptive curriculum in digital textbooks, for study at school or at home.

Acer is already tinkering in this adaptive-curriculum space with the recent launch of an analytics lab at the University of Technology Sydney. The lab monitors student engagement and provides data on future learning improvements.

On top of this, AI-driven lessons that adapt to student needs are expected to grow significantly in the coming years, thanks to recent global investments.

While flying cars might still be in the realms of imagination – and The Jetsons – for many other smart devices, the future will be arriving much sooner than later.

So, what smart device of the future are you eagerly awaiting?

How to optimise your set-up at home

Make the most of your home internet set-up with these tips.*
Head back to where it all began with the first blog in our smart devices series.
* An end customer’s experience, including the speeds actually achieved over the nbn™ broadband access network, depends on the nbn™ access network technology and configuration over which services are delivered to their premises, whether they are using the internet during the busy period, and some factors outside of nbn’s control (like their equipment quality, software, chosen broadband plan, signal reception, or how their provider designs its network). Speeds may also be impacted by the number of concurrent users on the nbn™ Fixed Wireless network, including during busy periods. Sky Muster™ satellite end customers may also experience latency.