Rolling out across the country: secret Stanley

The nbn™ project | Published on 6 September 2018
Share on Twitter Share on Facebook Share on LinkedIn
As we roll out the nbn™ broadband access network, we’re fortunate to explore the many breathtaking locations that grace our wide and sunburnt land. This week we head to Stanley, which is now ready for service, to find out what puts it #OnTheMap…

If you fly over Stanley, Tasmania, it will take your breath away.

Like a gnarled, misshapen finger, the town thrusts out into the Bass Strait at the north-western edge of Australia’s southernmost state. Surrounded by sea, the deep blues of the ocean contrast with rich, green countryside and extensive yellow sand dunes interlaced with little tributaries.

From up high, there’s only the barest hint of human civilisation, with nature, for the most part, left to its own devices. It looks like a place teeming with life and ripe for adventure, where the weather is in full control and visitors come to breathe in the fresh air and enjoy the isolation.

This is, after all, the place locals call “the Edge of the World”.

Yet they’re not truly isolated. Well, not anymore. 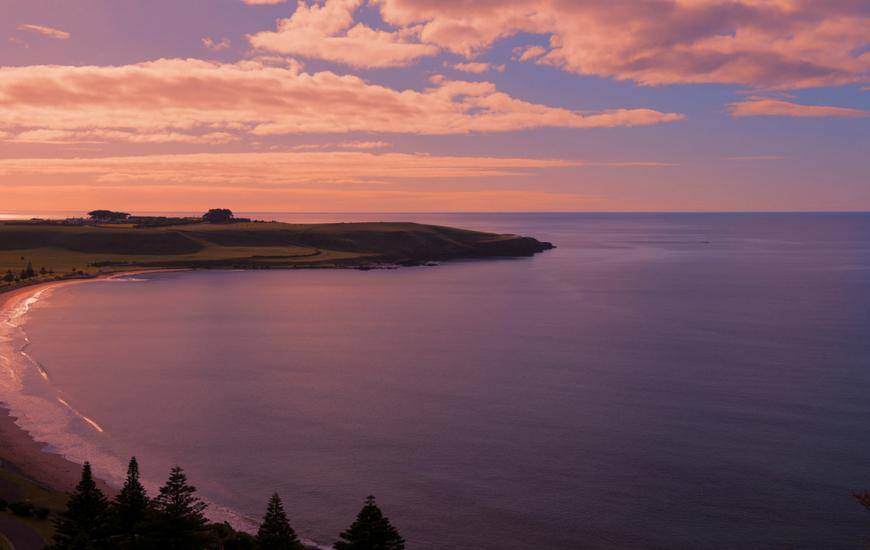 While Stanley may be secreted away in the north of the Apple Isle, it’s also now ready for service on the nbn™ broadband access network, helping to bring connectivity and access to broadband to the local people, business owners and visiting tourists of the region.

Says nbn™ local Manager Russell Kelly: “Stanley is one of the most beautiful places in Tasmania.

“Having access to fast broadband will help tourism business take their offerings to the next level. Gone are the days when tourists wanted to be uncontactable while on holiday – now visitors want to document their travels immediately on social media, and stay connected with their friends and loved ones wherever in the world they may be.

“The connectivity that the nbn™ access network brings is also important to the farming and fishing industries.

“The next level of productivity lies in using smart devices and applications for managing stock and resources – something that the nbn™ access network helps to make easier.”

The unique landscape of Stanley

It may now be easier for Stanley to get online but, in the real world, its inaccessibility is part of its appeal.

Technically termed an ‘isthmus’ – a narrow strip of land with sea on either side – Stanley houses the bulk of the area’s 553 residents. However, the countryside that extends up towards the Bass Strait and down to the Tasmanian mainland also falls within the greater Stanley region.

Visitors can fly in to Devonport, 125 kilometres to the east along the coastline. Yet, savvy tourists might argue that touching down in either Hobart or Launceston and driving up through the stunning Tasmanian countryside is the more enthralling way to reach Stanley.

The winding roads, ancient forests, abundant wildlife and mountainous terrain ensure there’s something special to see every kilometre of the journey. 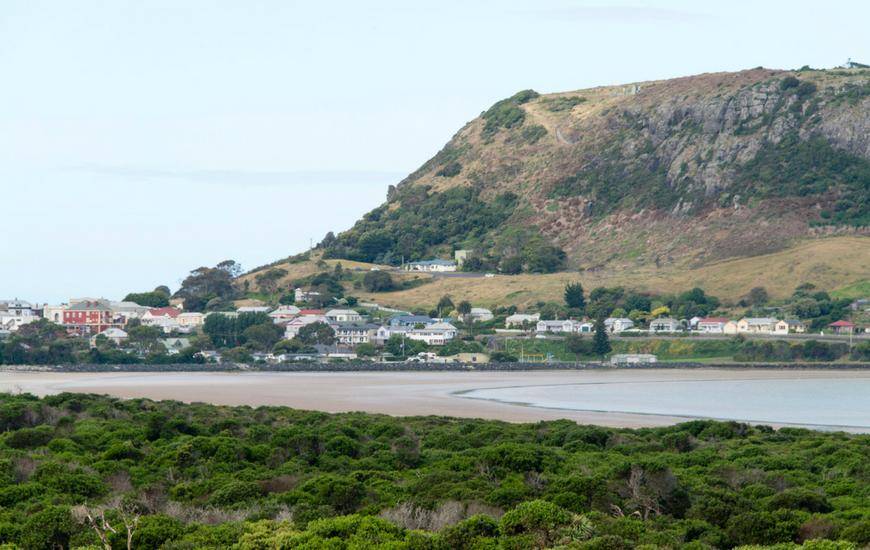 The name is derived from the Tommeginne people, the Traditional Custodians of the region.

Munatrik, better known as “The Nut” by today’s locals, is the wind-ravaged, monstrous rock that bulges out of the Stanley isthmus like a cartoon witch’s knuckle. Shaped somewhat similarly to Uluru, it’s a volcanic plug, formed between 25 and 70 million years ago when magma rising from beneath the Earth’s crust hardened in the vent of a cone that has long since eroded away.

The Nut rises 143 metres above sea level to a flat top covered with colourful small shrubs and bushes. A chairlift can take visitors up to the very top where breathtaking views extend in every direction.

The Nut is never far from view when visiting Stanley. Nestled around its edge at sea level you’ll find a thriving community of anglers, with boats rocking gently against a number of historic piers. Those who venture farther north to explore the farms and beaches will see The Nut rising up in the background of most of their photos.

There’s plenty to see whichever way you go; just ask the fur seals who love to bask in the sun on the many rocky islands: remnants of volcanic blasts long past. 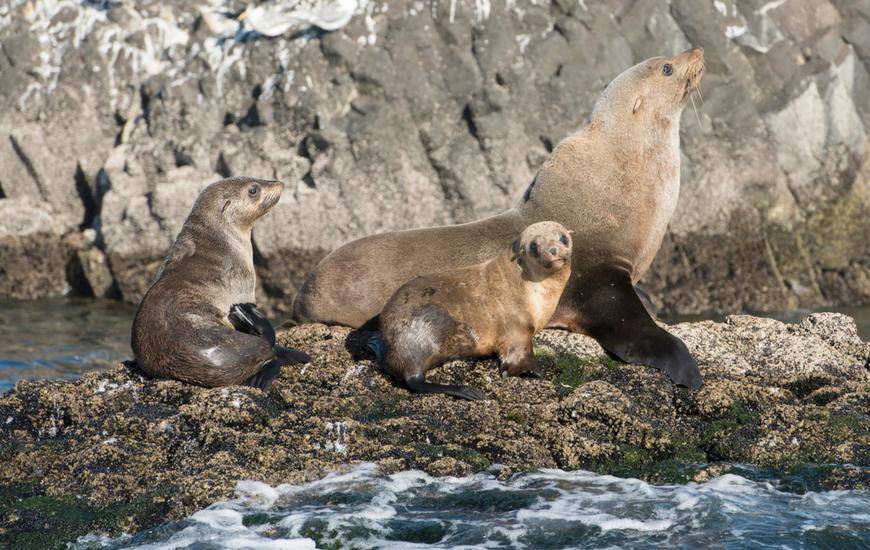 There was a time when Stanley wouldn’t have seemed as remote as it does now; relative to the surrounding area anyway.

After initially being noted by Captain Matthew Flinders as “a cliffy, round lump… much resembling a Christmas cake” when he circled Tasmania in 1798, it would be settled in 1826 by the Van Diemen’s Land Company.

After being granted a huge portion of northern Tasmanian land on which to raise sheep, the company’s employees and several convicts arrived at Stanley in October of that year. Stanley would become the company’s base of operations, although the going was slow. It wouldn’t be until the 1840s that it would truly take shape as a town, starting with the establishment of a school in 1841.

A startling amount of architecture from those early decades remains for visitors to enjoy today. A heritage walk can take you through the town’s streets and harbour, where buildings still exist even if they’ve been repurposed as shops and eateries. Both built in 1849, the Poet’s Cottage and Shamrock Inn (now called the Bay View Guesthouse) are highlights.

St James’ Presbyterian Church has a unique past, too. It was bought and built in London in 1855, then shipped over to Stanley and rebuilt, with the entire process costing a whopping 400 pounds! 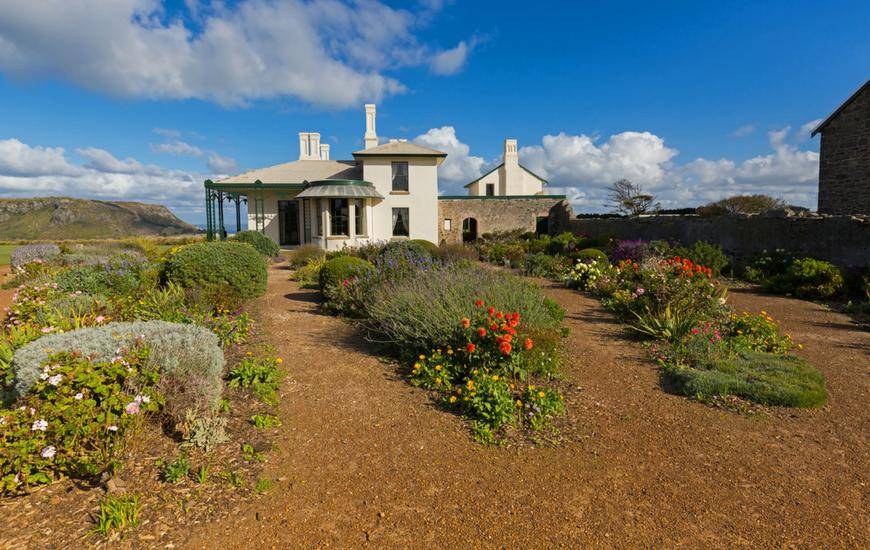 Dating back to the 1830s, Highfield was built for the chief agent of the Van Diemen's Company.

To the north of the Stanley township, farther up the isthmus, visitors will find Highfield. It was here, back in 1835, that the initial estate was finished for the local chief agent of the Van Diemen’s Land Company, Edward Curr.

Surrounded by barns, stables, convict barracks, a chapel and gardens – not to mention 61 centimetre-thick walls, 12 rooms and spacious 3.65 metre-high ceilings – it’s a must-see.

While people come to Stanley to soak up the exotic landscape and rich history, a gorgeous golf course also features in the area, as do boat tours and even some spa cabins nestled up against the lake. There are any number of hikes, day trips, canoe adventures and much more to enjoy, too.

One thing’s for certain in Stanley: life at the End of the World isn’t boring.

Stanley by the numbers


21 – The average temperature (in degrees) during summer in Stanley.
143 – The number of metres above sea level to the top of The Nut.
400 – The total cost (in pounds) for shipping St James’ Presbyterian Church from London and rebuilding it in Stanley.
500 – The approximate number of fur seals in the colony found at Bull Rock, off the coastline.
553 – The population of the Stanley area.
1798 – The year The Nut (an old volcanic plug) was recorded by Captain Matthew Flinders as being like “a Christmas cake”.
1842 – Prior to this year, Stanley was known as ‘Circular Head’, the original name bestowed by Captain Flinders.
1936 – The year the first telephone line was established from Victoria to Tasmania, right at Stanley.

Discover what puts Kakadu on the map.