Rolling out across the country: historic Beechworth

The nbn™ project | Published on 5 July 2018
Share on Twitter Share on Facebook Share on LinkedIn
As we roll out the nbn™ broadband access network, we’re fortunate to explore the many breathtaking locations that grace our wide and sunburnt land. This week we head to Beechworth, which is now ready for service, to find out what puts it #OnTheMap…

On Christmas Eve, way back in 1851, the area known as Mayday Hills would have been blissfully quiet. Outside of the Min-jan-buttu people, the land’s Traditional Custodians, the only other face you may have spotted belonged to early settler David Reid, watching over his livestock as they grazed the area.

But that all changed in February 1852.

The discovery of gold led to one of Australia’s biggest ‘rushes’. By the end of the year, 8,000 miners had made their way to the region. They had ventured from as far afield as the United States, England, Europe and Asia. Unsurprisingly, the community quickly exploded, growing from little more than rows of tents into a proper town.

In early 1853, that town was renamed ‘Beechworth’ and it was, for the most part, quite affluent. More than four million ounces of gold were discovered in the region over the next 14 years, with significant amounts of that money put back in to the heritage buildings and landmarks that thousands of tourists enjoy throughout the area today. 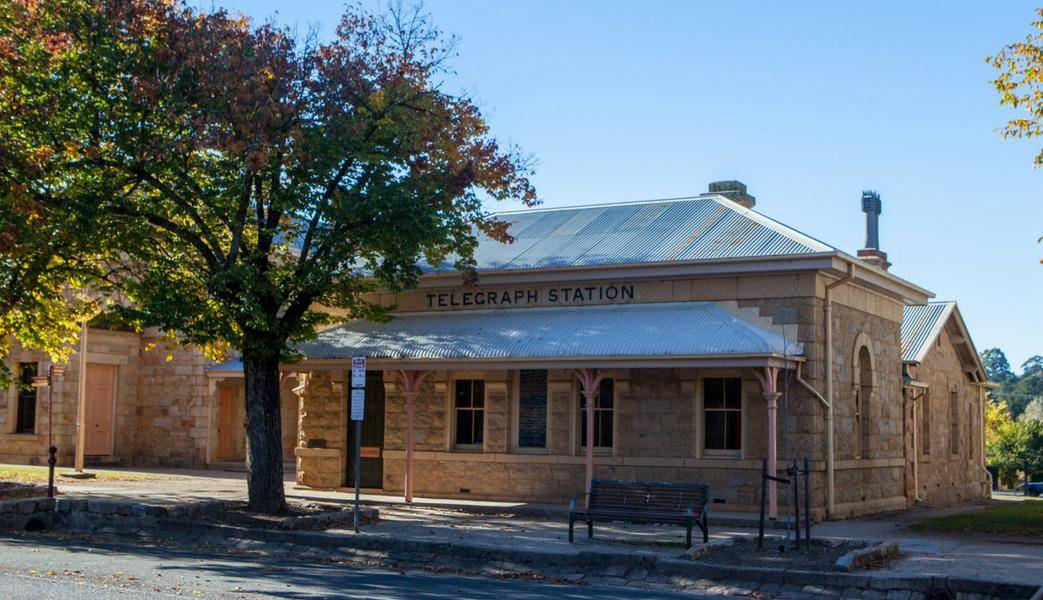 Indeed, Beechworth has come a long way. It is now ready for service on the nbn™ broadband access network, helping to bring connectivity and access to fast broadband to the local people, business owners and visiting tourists of the region.* This is a further demonstration of why a recent report, commissioned by NBN Co, found Australia to be leading the world in commitment to rural and regional broadband, alongside our commitment to bring the network to homes and businesses across Australia and complete the network rollout by 2020.

Says Amy Jaballah, nbn™ local Manager – Victoria, “We are so pleased that homes and businesses across Beechworth can now connect to the nbn™ access network and enjoy the many benefits that access to fast broadband can bring.

“The residential and business communities of Beechworth are so fortunate to live and work in one of the most beautiful parts of Victoria. They now have the infrastructure, too, that will allow them to work remotely and from home, for students to have internet access for their studies, as well as helping families enjoy on-demand entertainment options.”

Adds Jenny O’Connor, Indigo Shire Council Mayor, “Broadband is absolutely essential for our community. We need it for our homes, for our businesses, for our services, for our school students. So this is a really, really fantastic initiative … I think this is really going to change the way that we live our lives in Beechworth.” 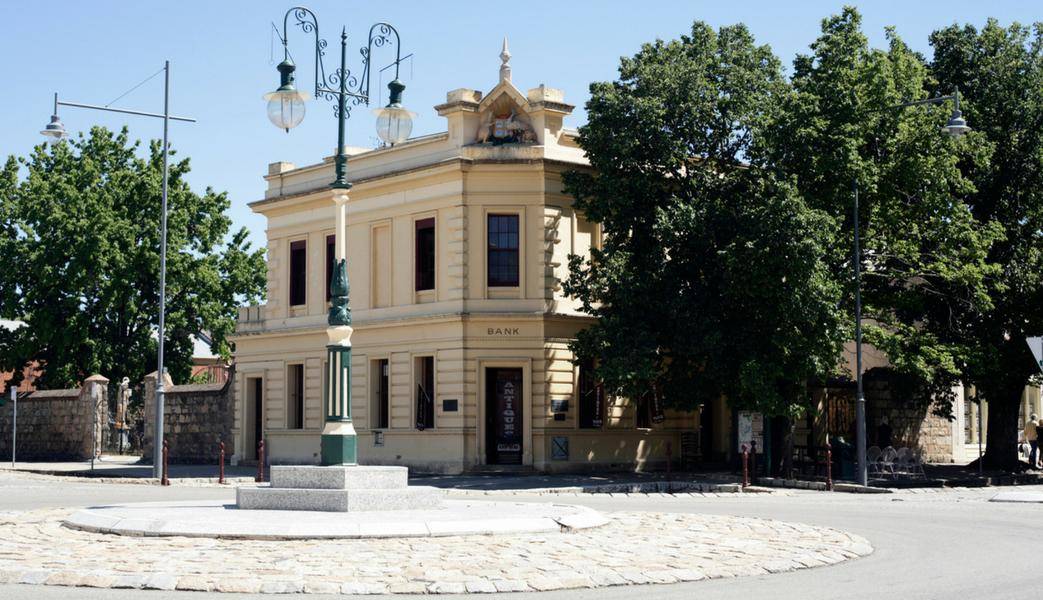 You can discover Beechworth just under three hours from Melbourne Airport. To get there from that starting point, you’ll drive around 264 kilometres in a north-eastern direction, climbing up towards Mount Stanley, which sits before the Kosciuszko region. But if you’re worried the scenery will distract you from finding the town, don’t be concerned: you won’t miss it.

With 35 historic buildings listed with the National Trust, Beechworth’s wide, tree-lined streets will lead you into a world from yesteryear. Beechworth takes its history seriously, preserving not just individual buildings but entire streets, with new developments tastefully utilising the constructions of the past. This approach ensures that modern conveniences coexist with the original feel.

Ford Street is a particular highlight, especially for photographers. Alongside the classic veranda-covered footpaths, you’ll find the courthouse where, once upon a time, renowned bushranger Ned Kelly awaited his fate. There’s even a museum where you can see his legendary homemade armour. Plus, there’s the Bridge Road Brewers, where the craft beer is brewed right there in the 165-year-old premises.

This sense of history extends to the town’s parks, which are equally celebrated. The intricate gardens and large, old trees further capture the feeling that Beechworth is a slice of 19th-century living, connected to the modern world. It provides an opportunity for tourists from around the country and the world to imagine what life was like during one of Australia’s gold rushes. 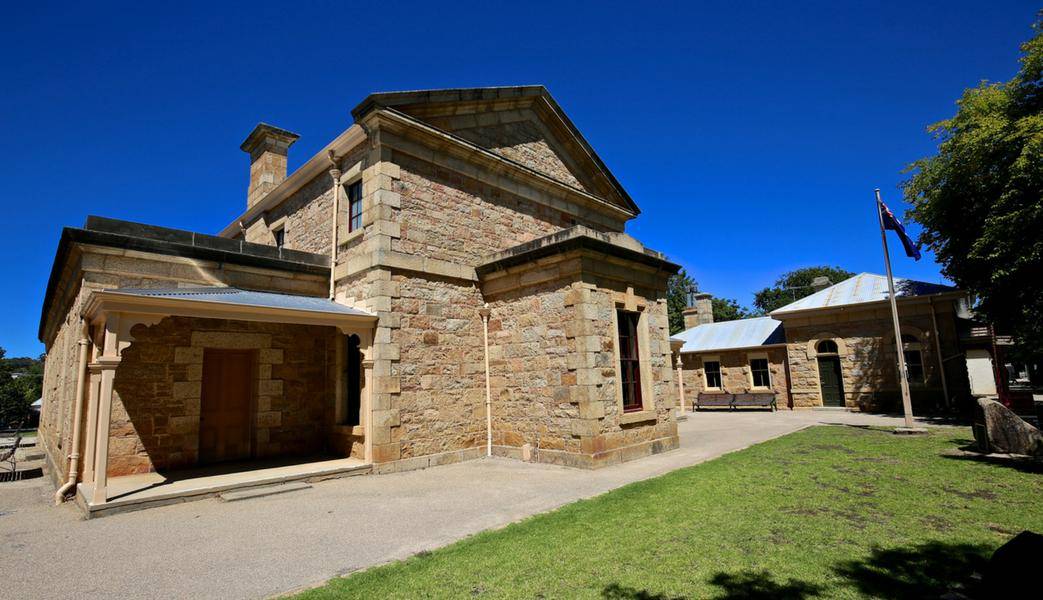 At the Ned Kelly Vault, you'll find a collection of items including his original death mask, his gun named 'Betty' and his brother Dan's pistol.

Gateway to the Australian Alps

Set in the foothills of the Australian Alps, Beechworth resides in some of the nation’s most gorgeous countryside. As the valley cascades away towards the distant oceans, the mountains rise behind revealing their granite guts, spilling out into the bushwalks and riding tracks as further proof of the area’s goldmining past.

The Spring Creek Gorge is a particular highlight that few tourists miss, tinted by the colours in the stone that bank the river. Lovers of water can also explore Woolshed Falls, where you might even want to bring a pan and try your luck finding one of the last big gold nuggets. 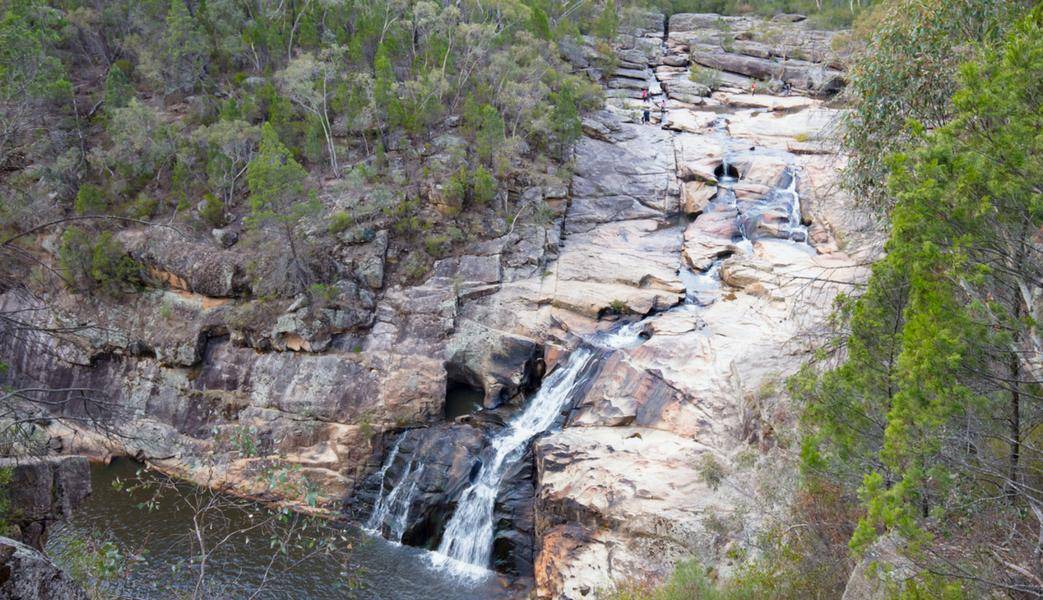 Woolshed Falls.
In the Beechworth Historic Park, you can not only see the stunning trees and flowers of the region but also stumble upon many of the original goldmining sites. Those looking for a place to picnic often consider Ingram’s Rock or the sweeping views of Murmungee Lookout (top image). The latter’s panoramic vista, which takes in Mount Buffalo, is truly breathtaking. 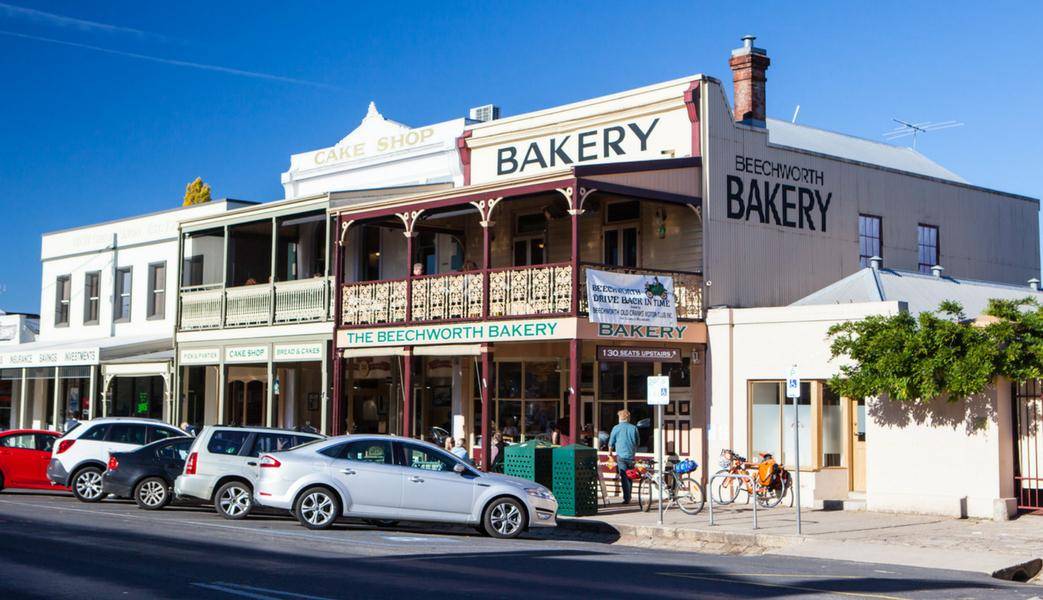 Established in 1984, the Beechworth Bakery has since expanded to six other locations including Bendigo, Echuca and Yackandandah.

Perched just above the rich Victorian flood plains, the Beechworth region is renowned for its quality produce. As well as the fantastic restaurants in the town itself, there are numerous festivals throughout the year and even an opera to enjoy. There are a number of local wineries, as well, plus farmers’ markets and opportunities to pick your own fruit at the local farms.

In many ways, Beechworth is a classic Australian country town. However, it’s one with a history more intriguing than most, and preserved better than any other. It’s also another part of Australia that benefits from access to fast broadband via the nbn™ access network. It’s a boon for local businesses, providing an easier pathway to discovery and a more enjoyable stay for those who visit.

It’s not all wonder and laughter in Beechworth; there are also some scares to be had. The Beechworth Asylum held an astonishing 1,200 beds and was in service for 128 years before it finally shut its doors in 1995. Said to be haunted by some 3,000 patients who died there, it has since become a destination for thrillseekers looking to try one of the world’s spookiest ghost tours.

Beechworth by the numbers 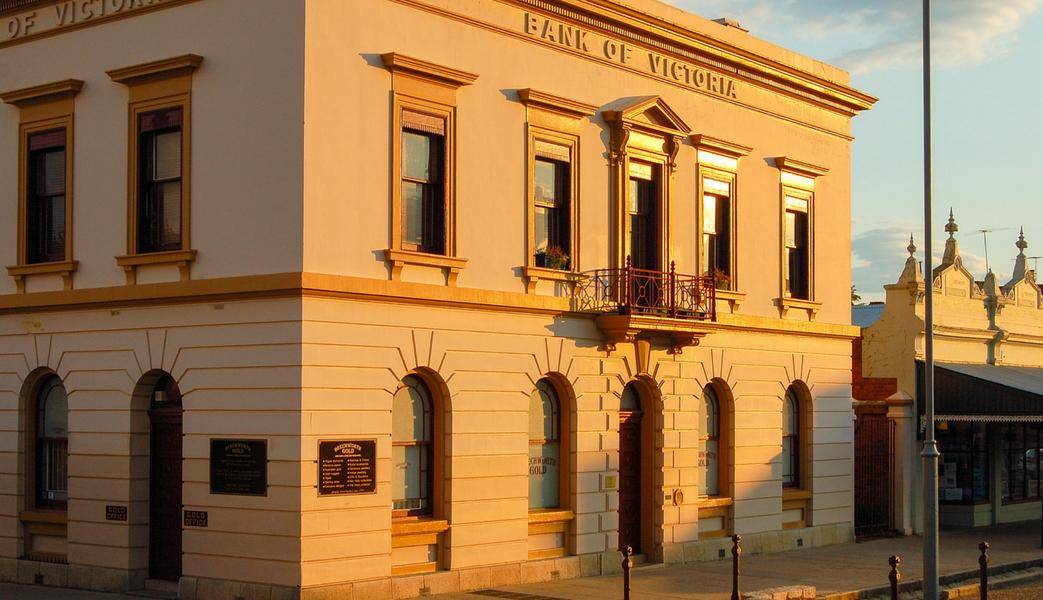 Erected in 1867, the Bank of Victoria building replaced an earlier version that was destroyed by fire.

* Your experience, including the speeds actually achieved over the nbn™ broadband access network, depends on the technology over which services are delivered to your premises and some factors outside our control (like your equipment quality, software, signal quality, broadband plan and how your service provider designs its network). Satellite end users may experience latency.
Image at top: View from the Murmungee Lookout in the Stanley State Forest, eight kilometres south of Beechworth.