Does Kenya really have better internet than Australia? 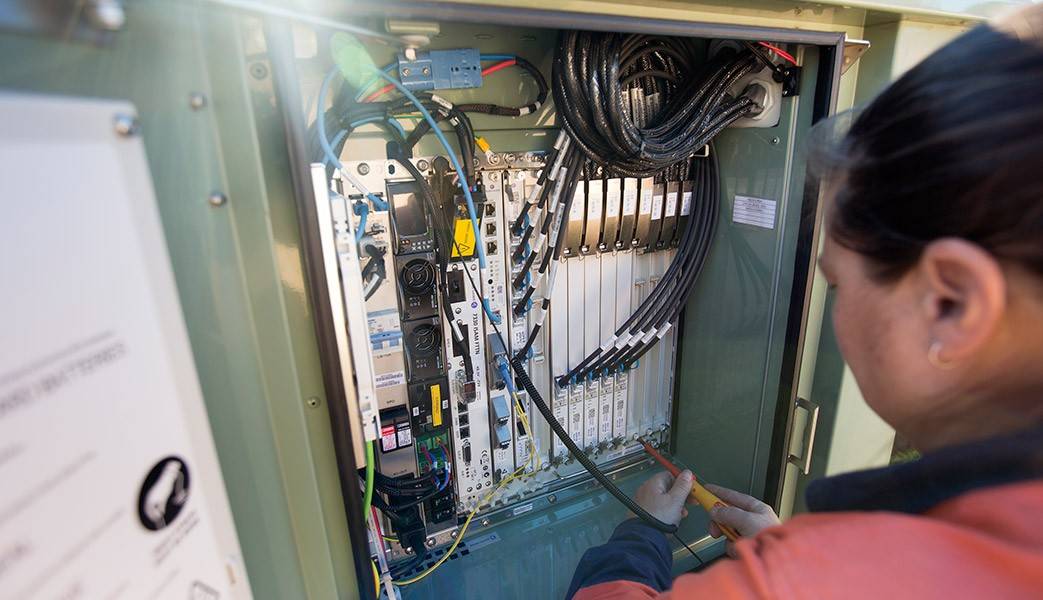 The average Aussie mightn’t know much about Kenya, but they may assume that, as a developing African country, it wouldn’t have faster internet than a developed country like Australia – so such a scandalous headline would naturally be quite alarming.

But is it actually true? Does Kenya – a country with a GDP per capita of US$1,455 per year – compared to Australia’s US$49,900 – really have faster broadband than Australia?

The answer, to put it bluntly, is no – unless you happen to live in one of the 180,000 lucky, perhaps wealthier residencies receiving Fibre-to-the-Premises (FTTP) or Hybrid-Fibre-Coaxial (HFC) services. For the other near 9 million Kenyan homes there is no fixed-line broadband.

"Kenya has a total fixed-broadband

that means 98% of Kenya’s households –

don’t even have a fixed-broadband connection...

...Australia has a total fixed-broadband
penetration rate of around 90%."

The story emanates from the Akamai State of the Internet Report which recorded in May that Kenya’s average fixed-broadband speed was 12.2Mbps in 1Q17 – compared to Australia’s 11.1Mbps.

Bear in mind though that the current average purchased speed over the nbn™ broadband access network is over 30Mbps – so that bodes well for seeing our ranking improve as the nbn rollout continues.

So, does this all really mean that Kenya’s internet is faster than ours? No, it does not, but it sure does make a good headline, so here are the facts of the matter.

Kenya has a total fixed-broadband penetration rate of just 1.75%. To be quite clear, that means 98% of Kenya’s households – that’s around 8.8 million premises –don’t even have a fixed-broadband connection. I wouldn’t like to be telling those people how great their internet was compared to Australia.

Most of the 180,000 households that do have a fixed-broadband connection in Kenya are being served by operators like Wananchi Telecom, Safaricom and Jamii Telecom that are building networks in private housing developments.

However, the Akamai figures don’t reflect this. What they reflect is the tiny number of fixed-broadband circuits coming out of Kenya with average speeds of 12.2Mbps – and that’s the number that gets reported, the 98% of premises that don’t have a fixed-broadband connection simply don’t count. 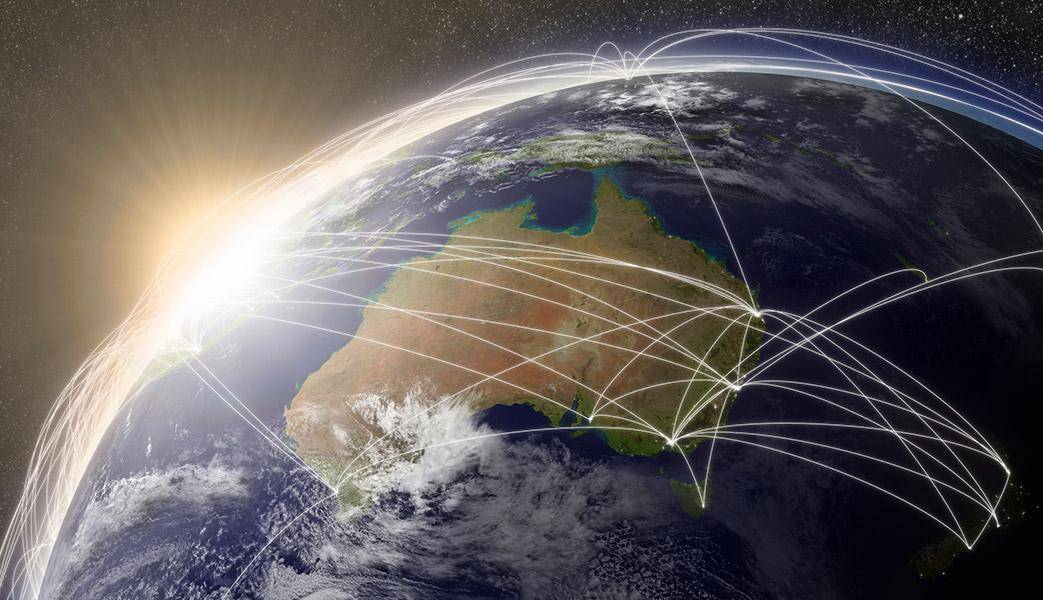 Then we come to Australia, so let’s get straight to the point and answer the question that gets asked most often: how can you be spending $50 billion and have slower internet than Kenya?

Well, point one, as we have already explained, is the way Akamai collates the figures, which doesn’t tell the whole story – they record only what they see, not what they don’t see.

Australia has a total fixed-broadband penetration rate of around 90%.

Point two, is only about one-third of Australian premises with fixed-broadband are signed up to services delivered via the nbn™ access network, with the remaining two-thirds on legacy services – primarily ADSL and ADSL2+. This is because we haven’t completed our journey in connecting Australia to the nbn™ access network – we are about to tick over 3 million activations and still need to activate another 5 million premises before we reach our goal of 8 million activations.

The numbers you are seeing in the Akamai report for Australia are still really being driven by those legacy ADSL services that remain in the marketplace – not by nbn services.

These legacy services will for the most part be replaced by faster nbn™ -powered connections over the next couple of years, and as this occurs the speeds reported by Akamai will improve.

Indeed, even with only around 3 million of the total 11.6 million premises in the country so far activated on the nbn™ network we are already seeing Australia’s Akamai speed ranking improving, with a year on year speed increase of 26% – and that increase will continue.

As we get to that 8 million mark we are certainly going to see our speeds improve and that Akamai ranking increase.

We certainly expect to see speeds increase once we move past this ‘land grab’ phase in the market and retailers begin to focus on quality of service for end users rather than simply price competition. 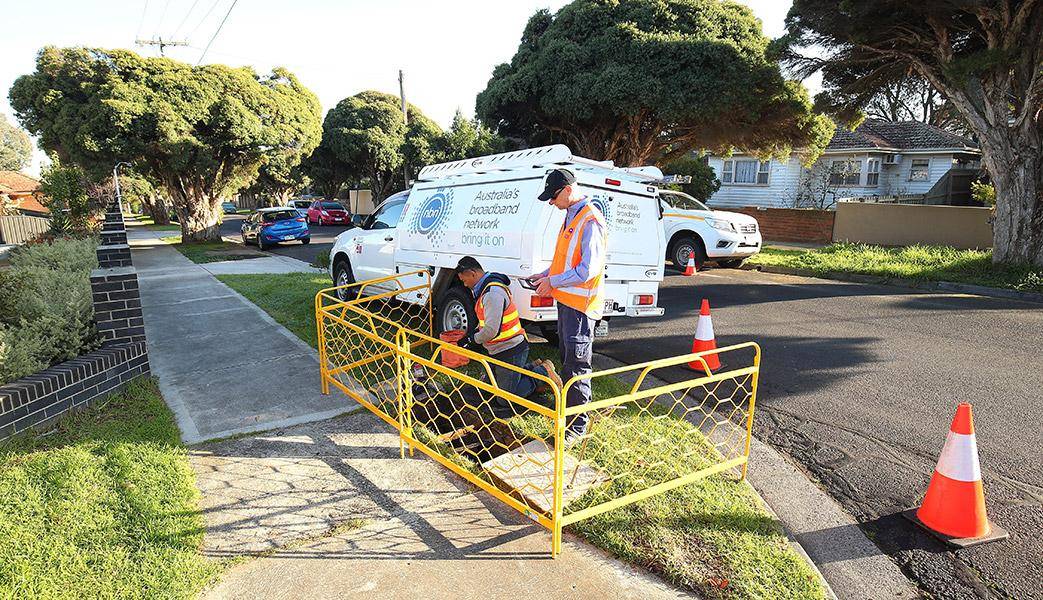 MTM is the answer

Of course, claiming that Kenya has better internet than Australia makes a great headline, I get that and understand these sorts of stories drive interest despite the fact they bear little relation to reality.

What I find just as interesting are the things that don’t get reported from the Akamai results – because when you look at the top 10 fastest countries in the Akamai report then every country there – barring Hong Kong and Singapore – deployed Fibre-to-the-Node (FTTN), Fibre-to-the-Building (FTTB), Fibre-to-the-Premises (FTTP) or HFC – just like nbn has with our Multi-Technology Mix (MTM) model.

In the case of Hong Kong and Singapore, their unique characteristics of a small area and high population density make the deployment of FTTP economically viable – but we are nothing like those markets.

The world’s fastest broadband market, South Korea, is predominantly either FTTB or FTTP – but they still have over 4 million premises receiving high-speed broadband via HFC – and it’s a similar story in eight-ranked Japan where 10 million premises are still on either HFC or FTTN.

Europe is much the same with the leading countries, Norway, Sweden, Switzerland, Finland and Denmark all having a roughly similar combination of technologies with FTTB, FTTN, FTTP and HFC all playing their part in delivering high speeds.

Then look at the 10th fastest market in the world – the United States – where HFC and FTTN (VDSL) make up a combined 90% of the market with nearly 90 million premises connected to these technologies and FTTP playing only a very minor role.

We are very confident that we are on the right pathway with our MTM model and we want Australians to know that – despite the kind of misrepresentative, opportunistic reporting that goes on, by the time we complete the rollout in 2020 we will have a network to be proud of.