By: Mitchell Bingemann | The nbn™ project | Published on 3 November 2017
Share on Twitter Share on Facebook Share on LinkedIn
It may seem hard to believe, but a small, black, plastic box that costs just $14 could save NBN Co hundreds of thousands of dollars by protecting our precious $3 billion Fixed-Wireless network from the devastating damage wrought by cantankerous cockatoos.
It used to be nut, fruit and cereal crops that were ravaged by cockatoos but, the native parrots have recently been found feasting on spare power and fibre cables strung from NBN Co's near 2,000 Fixed-Wireless towers that are dotted around regional Australia – and have so far cost NBN Co around $80,000 in repair bills.
Cockatoos have developed their penchant for cables to maintain their hard, sharp beaks that incessantly grow and must be constantly worn down to remain in top working condition.
But the damage to NBN Co infrastructure caused by cockatoos is both disruptive and expensive to repair, with replacements for damaged power and fibre cables costing up to $10,000 each. 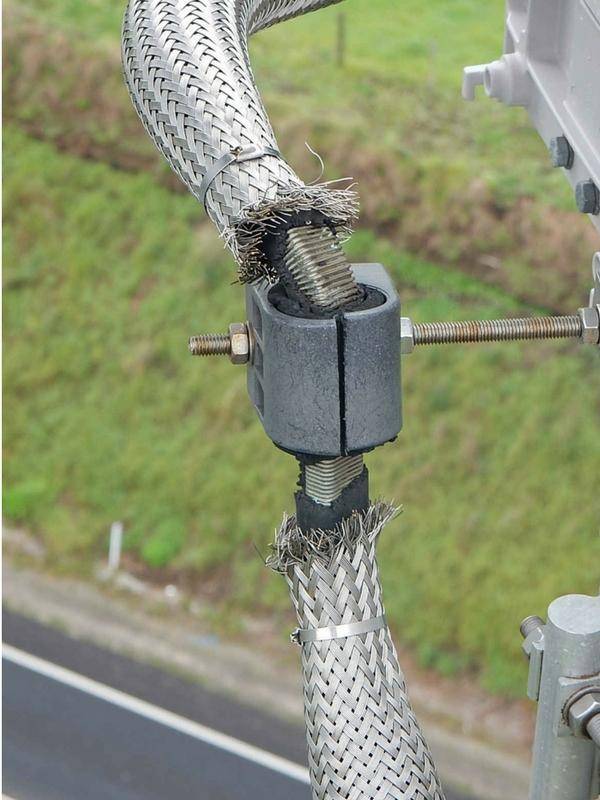 Polly want a steel-braided cable? Apparently they do.

It’s not just NBN Co’s infrastructure that is being ravaged by cockatoos. The birds inflict damage on telecommunications infrastructure all around the nation in what is a uniquely Australian problem that costs the industry millions of dollars in damages every year. Such is the destructive might of flocks of cockatoos that they have been known to gnaw through stainless steel braid to get to telecommunications cables.
“They are constantly sharpening their beaks and as a result will attack and tear apart anything they come across. Unfortunately, they’ve developed a liking to our cables,” said Chedryian Bresland, NBN Co’s Build Project Manager, MND Fixed-Wireless (Capacity & Expansion Program).
“You wouldn’t think it was possible, but these birds are unstoppable when in a swarm. I guess that’s Australia for you; if the spiders and snakes don’t get you, the cockies will.”
The cockatoos are not targeting the active cables on nbn Fixed-Wireless towers that are protected by a ribbed plastic casing, but rather the spare cables strung on the towers for future capacity needs. Because the spare power and fibre cables strung on the nbn Fixed-Wireless towers are not active, there is no way to know when damage has been caused to them until a technician is on site to upgrade or perform maintenance. 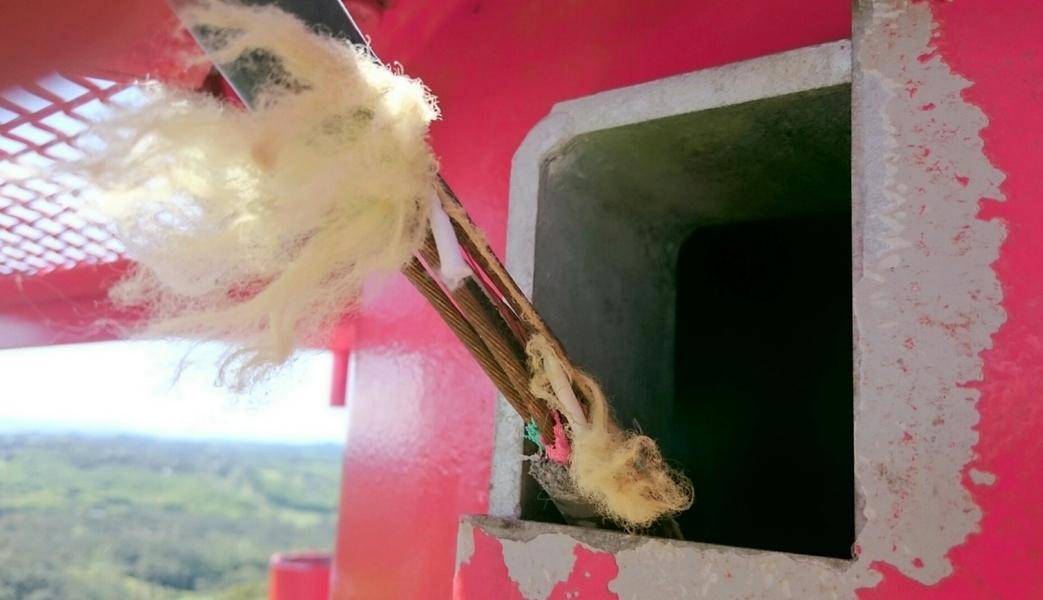 “We’ve been going back to our sites and discovering all this damage on the spare cables we had been hoping to use on our towers. They were damaged to the point of not being repairable, which has forced us to rip out the whole lot and completely re-run new fibre and power cables. That costs us about $10,000 every time we have to do that,” Mr Bresland says.
So far, NBN Co technicians have come across eight towers where cockatoos have stripped back cables and rendered them useless. It has cost more than $80,000 to replace these cables. Estimates by NBN Co place the potential number of damaged cables at as many as 200.
NBN Co is hoping to avoid costly repair bills associated with replacing cocky-damaged cables by installing small UV-stable canisters on Fixed-Wireless towers that will encase cable ends and keep them out of reach.
The canisters – which cost just $14 – are in the process of being installed at all new nbn Fixed-Wireless sites.
Fixed-Wireless is used to connect some rural and remote Australian areas to our network. Discover how it works.