In news to delight city dwellers, this year we’re ramping up the nbn™ access network rollout in metropolitan areas, including Sydney and Melbourne.

Yet, workers in regional, rural and remote areas will continue to put in the hard yards as they work to maintain our network across the continent.

No one knows this better than NBN Co’s Regional Workforce Manager Network Operations for North Queensland, David Shean, and Field Engineer, Dan Tuckey, both based in North Queensland. 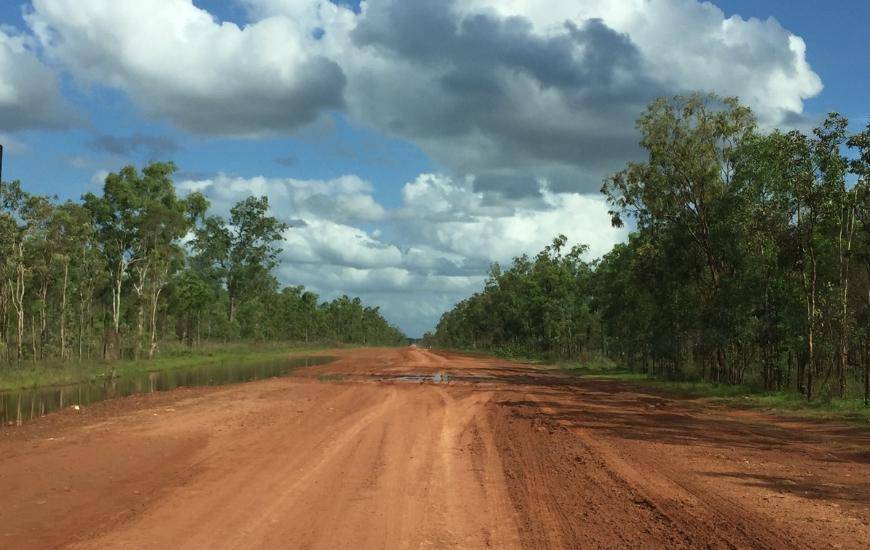 When the pair was recently asked to repair a fault on our Transit Network that was hindering the remote monitoring capability of the Network Operations Centre (NOC) – the nerve centre of the nbn™ access network – in faraway Melbourne, they were under no illusions about the challenges that lay before them.

To perform the required work, located at a Dense Wavelength Division Multiplexing node 415 kilometres north-west of Cairns, they faced a six-hour drive through some of the most rugged and remote territory in the nation.

Wild weather had led to hazards, like felled trees and branches blocking the roads, not to mention the stifling heat and humidity typical of the time of year.

Tuckey had earlier attempted to make the trip on his own, not long after a storm had passed through the area. He had to turn back because the road was impassable.

Both techs, however, knew what was at stake.

Says Shean, “We had to fix a fault with an environmental management tool used by the NOC to access the Active Transit Network and to monitor site alarms. 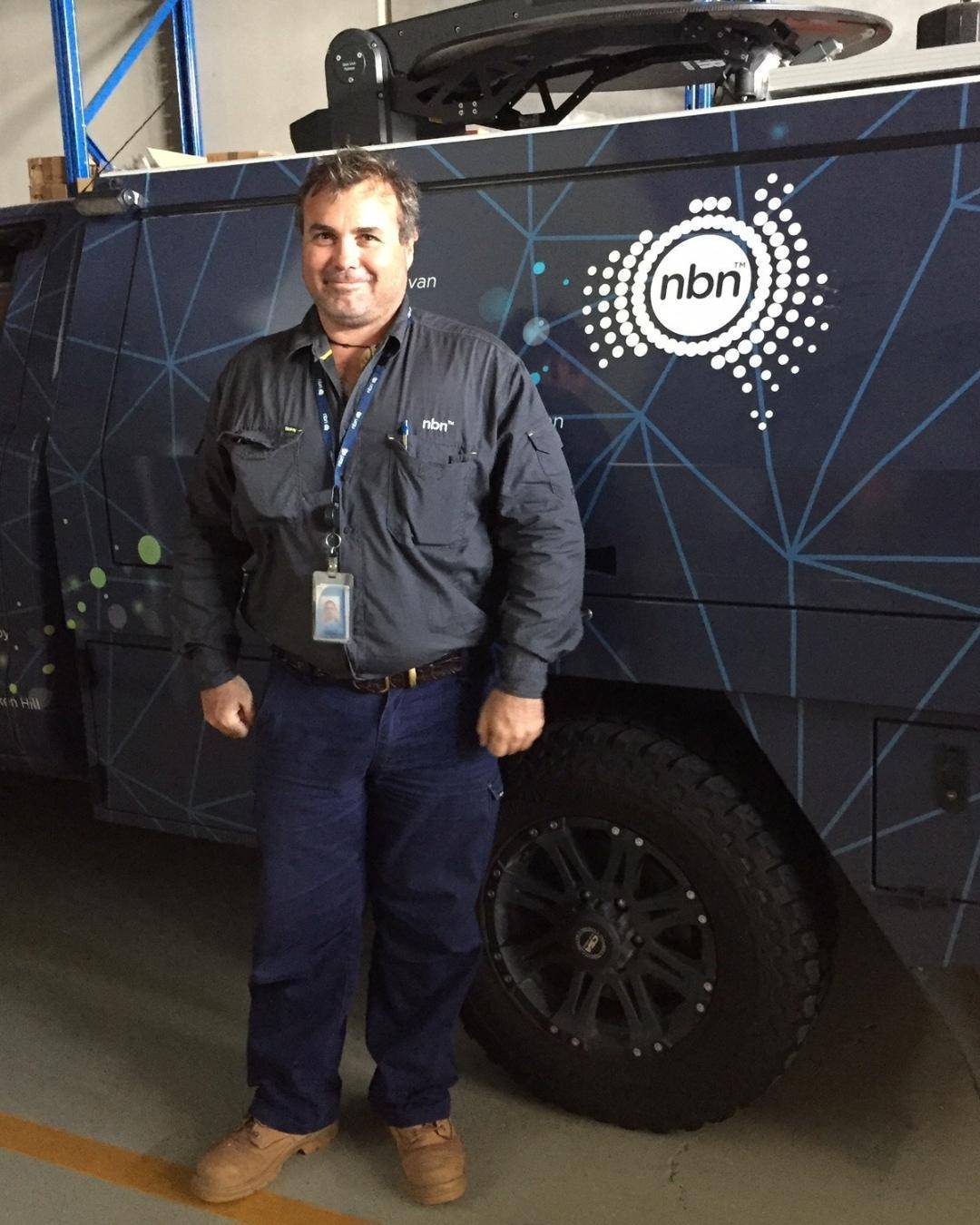 Dan Tuckey, Field Engineer
“It was passed back to the NOC to find someone to clear the path but, as the site is located within the boundaries of land held by Traditional Owners, the environment and tracks remain largely untouched. So we had to head back and saw through the trees then use the winch to remove them from the road.” 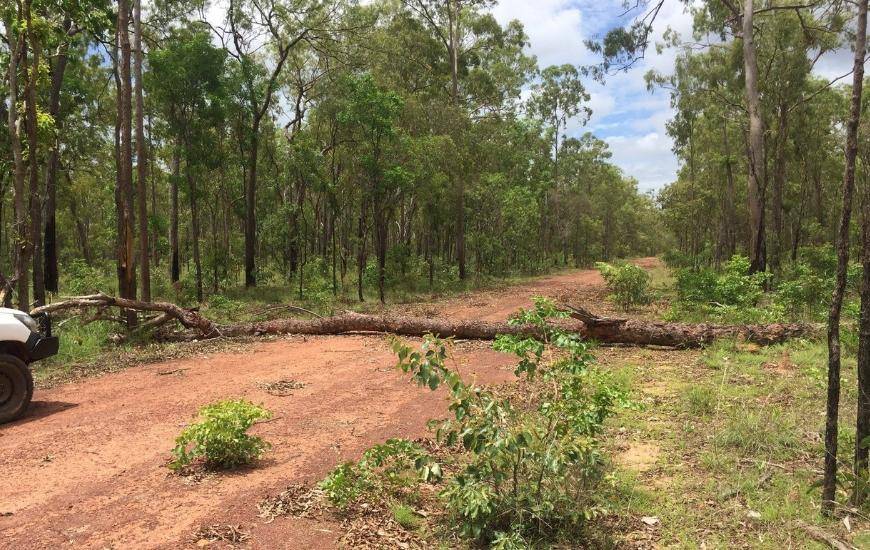 That was easier said than done.

For a start, the fallen trees were rock-hard redwood.

Health, safety and environmental considerations meant the techs couldn’t use a chainsaw to get the job done, so they resorted to taking turns with a handsaw.

Says Tuckey, “It’s a particularly humid time of the year and the light shower didn’t help. It was very steamy and hot, particularly when you are out there trying to cut through a tree blocking the road, using a handsaw.

“It took us a fair while to cut through.”

Operating in such a remote area, Shean and Tuckey had earlier followed NBN Co protocol, picking up vital supplies including extra water and food.

After checking in to their hotel in the small town of Laura, Tuckey says they didn’t even have time to stop for lunch, instead pushing on to the site almost 100km farther away and seven kilometres off the main road. 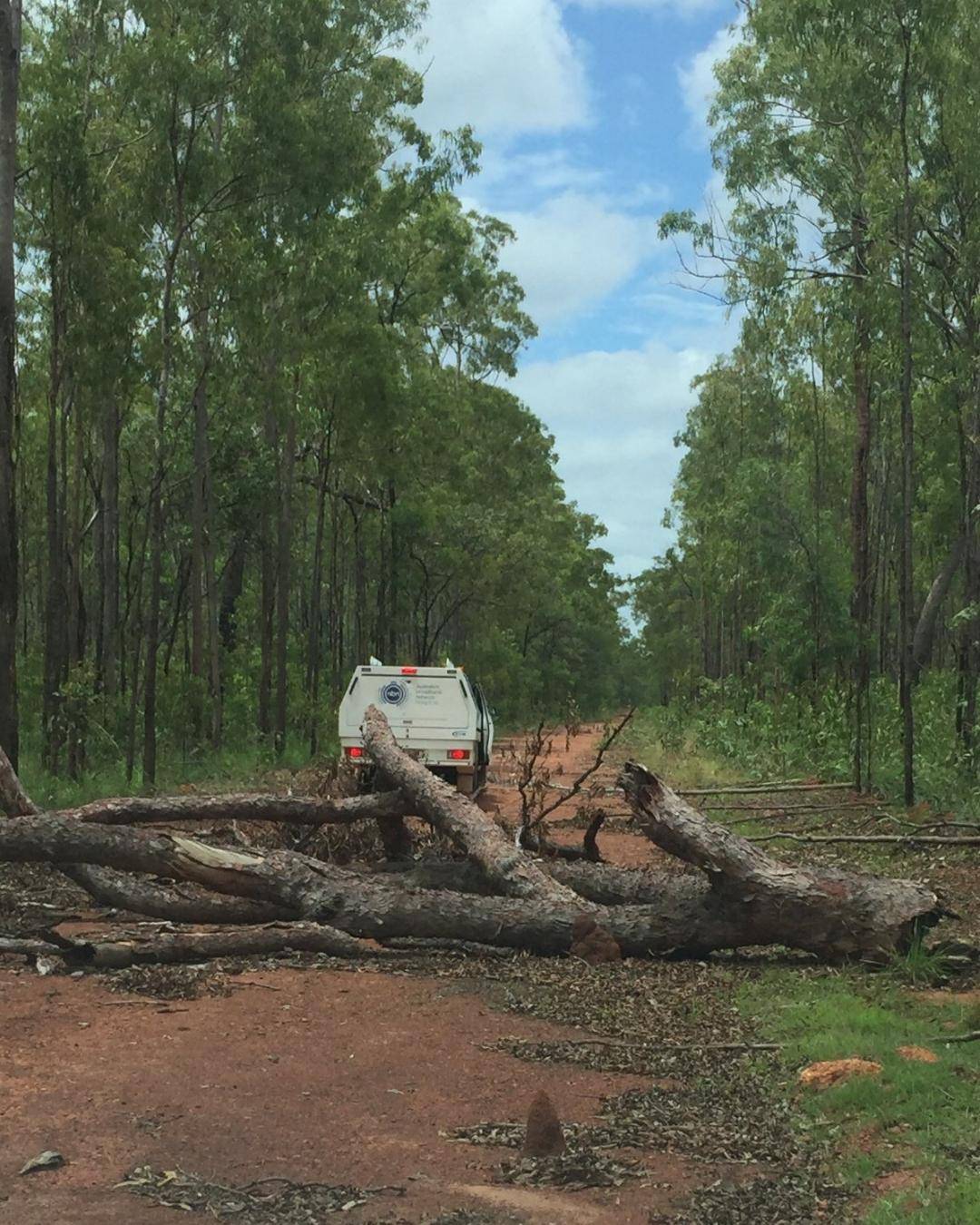 While safety was paramount at all times, Tuckey says he and Shean had a very good reason for pushing themselves to get their job done as quickly as possible.

“We had to drive back along the Peninsula Development Road, called the ‘PDR’ for short.

“There are numerous hazards, ranging from dust holes on the road to kangaroos, wild boars and cows that can suddenly wander in front of you, not to mention the ‘shadow trees’ that cast giant shadows across the road when the sun starts to go down.

“It can become pretty stressful behind the wheel, so we were determined not to be driving along that road as it was getting dark.”

The experience reaffirmed the vital role they, and others like them across the nation, play in making our network tick.

Says Shean, “North Queensland is a massive area and we face many remote challenges.

“All of the field engineers in the North Queensland team take pride, and are invaluable, in being able to help ensure the nbn™ access network is maintained given the extent of the geography.

“They all face massive challenges at times, but always meet expectations. I’m proud to have such a dedicated workforce operating this patch.” 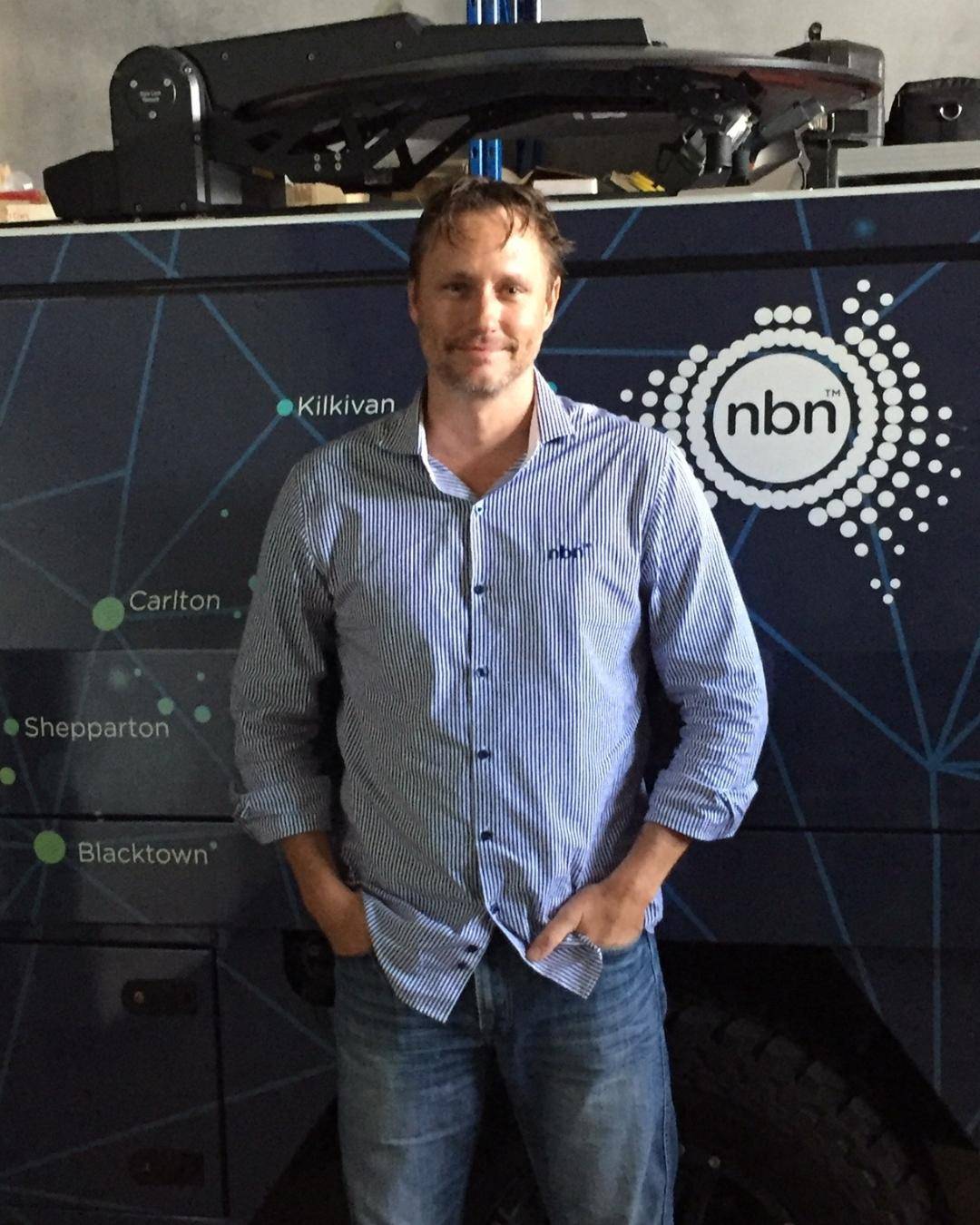 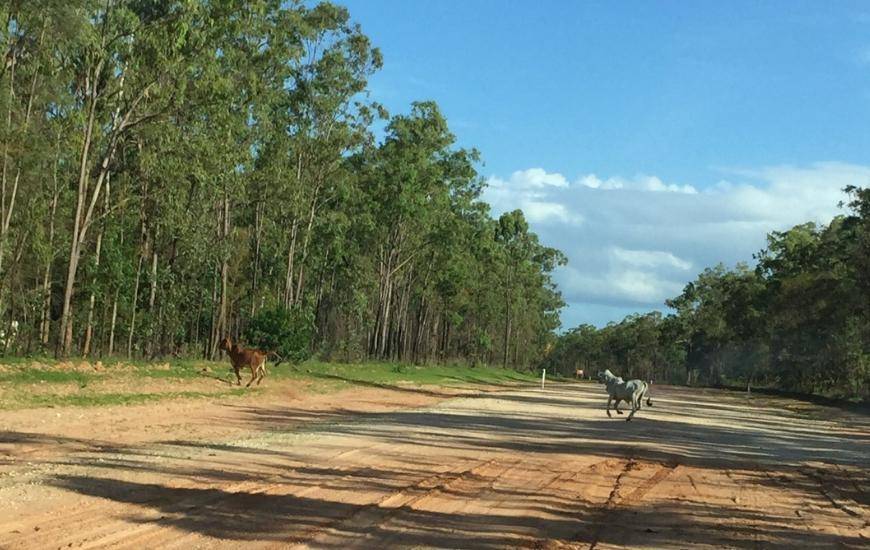 Tuckey agrees: “We are very conscious of our role, and it blows my mind sometimes the amount of distance we cover to get the job done.

“That particular cable runs from Weipa all the way down to Cairns, and if that gets cut, that’s it.”

No matter how tough the terrain, backbreaking the work or stifling the humidity, Tuckey says he wouldn’t have it any other way.

“I love hitting the road. That’s the best part of being a ‘fieldy’: the opportunities that come up.

“It really makes you focus on just how massive and wide-ranging this project really is.” 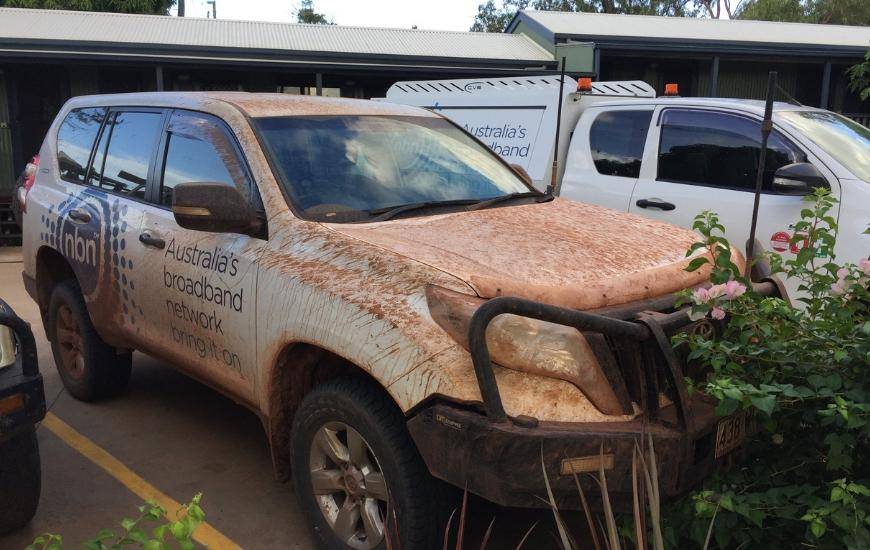