Setting the facts straight on Fibre-to-the-Node

The nbn rollout is very complex, not just because of the scale and design of the network, nor the passion, the politics and the ideology often attached to it, but also because of the pioneering nature of what we are doing to ensure every Australian has access to fast broadband. 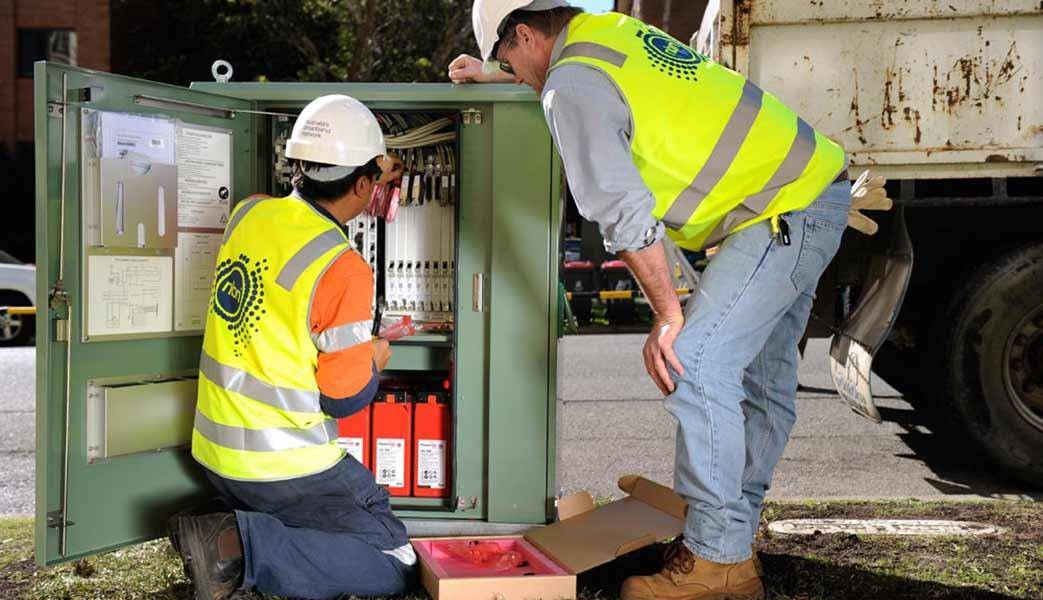 There have recently been some new rumours, or rather mistaken claims stated with baseless conviction, that have unfortunately been carried by some press outlets that our Fibre-to-the-Node (FTTN) network is some sort of roadblock or impediment to our planned upgrade path involving a Fibre-to-the-Curb (FTTC) solution.

These claims are completely untrue – at the very best they reflect mischief-making by individuals intent on pushing their personal agendas.

The truth is that FTTN sets us up very well should the demand for faster speeds arise and a move to FTTC later on makes sense – we are very much designing the network with future upgrades in mind.

A question of distance

In delivering our FTTN network, we are shortening the length of copper serving an end-user premises from an average of around two kilometres under ADSL to an average of 450 metres on FTTN – around two-thirds of end-users are within 400 metres of their FTTN cabinet.

“If we choose to deliver FTTC in an area served by FTTN, all we need to do is link into the fibre that is already serving the cabinet and then – with a very small amount of work at the nearby pit – we can run ‘skinny fibre’ from that pit through existing ducting into the streets to deploy FTTC.

“We run that fibre into the Distribution Point Units (DPUs) in the telecom pit in front of people’s homes and connect into the existing copper line serving the home and we are done.

“This is the real benefit of FTTN; it allows us to deliver nbn services to end-users in a time and cost effective manner which allows us to connect end-users much sooner than we could with other technologies – but also provides a simple upgrade path to higher-speeds.”

Getting end-users onto the nbn™ network faster allows nbn to start generating the revenues needed to repay the capital the Federal Government has invested in the nbn™ network rollout and that we need to pay back.

Moreover, as long as we get 8 million premises activated on the nbn™ network by 2020 – something we can only do by deploying FTTN – we will be generating $5 billion per year in annual revenues, so will be in a better position to finance upgrades from FTTN to FTTC without relying on taxpayers... something that is more important to some than having access to speeds for which there are no current applications.

It is a mistake to think about FTTN and FTTC as separate services when you consider that, on a future FTTC deployment in an FTTN area, our existing FTTN cabinet would continue to run services over the copper lines while FTTC is being deployed.

Over time most of a neighbourhood might migrate over to FTTC services – so eventually an FTTN cabinet may be turned off once all end-users are on FTTC – but it certainly won’t be “ripped out of the ground” as some self-proclaimed experts would have you believe.

“Operators like BT in the UK and Deutsche Telekom in Germany are upgrading the electronics in their FTTN cabinets, with technologies like G.fast and Super Vectoring delivering speeds of 250Mbps-300Mbps to end-users.

“Further, those cabinets are an extremely valuable asset once they are in the field, as we will have a fully powered asset connected with high-capacity fibre which can be used for a range of purposes by nbn in the future.

“You only need to look at how many operators around the world have turned their old phone boxes into new wi-fi hot-spots to see how in-field assets can be re-purposed.”

In the instance that we did turn off the FTTN cabinet for delivering VDSL services then, at the very least, we can be confident the assets would have by then delivered revenues for nbn for a very lengthy period of time and would have paid back the original nbn investment in the area.

Why not replace FTTN with FTTC right away?

With all the excitement around the announcement of our FTTC deployment last year, we have received the same question on a number of occasions: why don’t you just stop rolling out FTTN immediately and just build FTTC from now on?

“I can appreciate that people are excited by the potential of FTTC, but on a project the size of the nbn™ network you cannot just tear up 18 months of design, planning and construction work that is in the pipeline for FTTN deployment to several million homes and change them to FTTC – that is not how things work in the real world.

“If we were to do this, to put it quite simply, we would have to tell residents in several million premises that were scheduled to get nbn services over the next 18 months via FTTN that they would not now be getting connected for another two to three years, as we’d have to re-start the entire design, planning and construction process.

“A good example of how these things work would be how nbn gradually scaled down the Fibre-to-the-Premises (FTTP) rollout following the move to the Multi-Technology-Mix policy after the 2013 Federal Election.

"The nbn™ network is like an enormously long train; you can’t just bring things to a complete stop and change direction, it just doesn’t work that way and never will.”

The other big challenge for us with FTTC is that we are still in the relatively early stages of finding out more about FTTC as a technology.

At present we have committed to deliver FTTC to around 700,000 premises – including around 400,000 currently covered by Optus HFC – and we estimate, based on our initial limited trials, that we are looking at about $2,800 per premises.

“We cannot discount the possibility that our projected FTTC cost per premises might increase in the field as we find out more about deploying FTTC in real world conditions – we cannot simply assume that cost is correct and switch entirely to FTTC on that assumption.

“If we find out down the track that FTTC is actually coming in at an additional $500 per premises across four million premises then that’s another $2 billion added to the cost of deploying the network that we would have to find.

“The challenge we face with FTTC is that we are a genuine world leader in deploying this technology; we can’t get on a plane and go and ask an American, Asian or European operator – we are leading the way and there will be things we come across in the build that we were not aware of and we must be mindful of that.”