Skip to main content
Related Articles
Sky Muster™ 101: Everything you need to know The countdown is on: nbn announces second satellite launch How the nbn™ network works

If you drive for seven hours north of Adelaide, turning left onto the Outback Highway and then left toward a stand of gum trees, it feels like you’ve accidentally stumbled upon Australia’s version of the fabled town of Brigadoon. 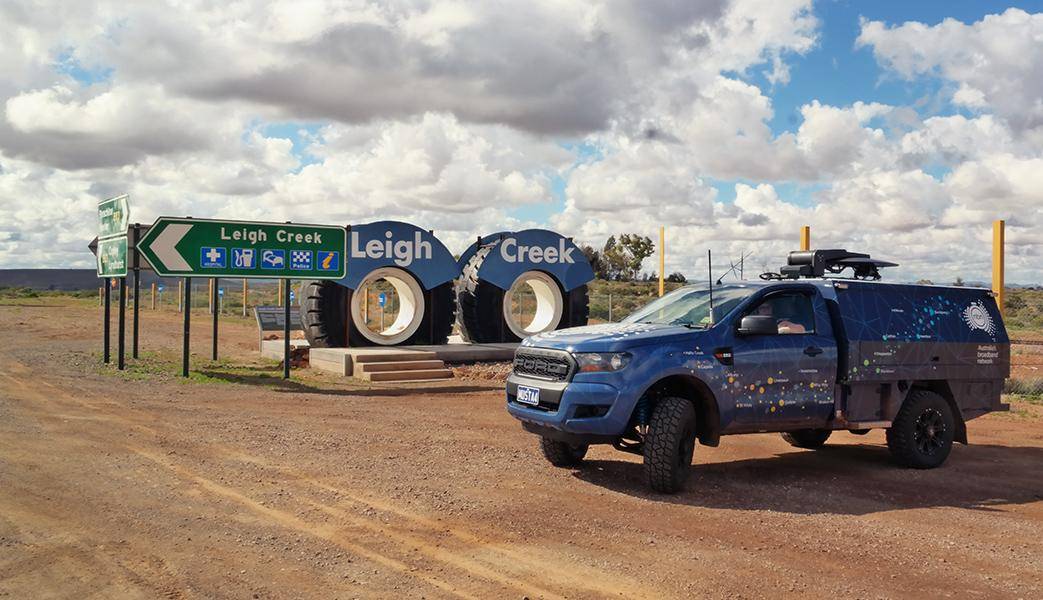 Not many people outside South Australia have ever heard of Leigh Creek and not many people beyond its hinterland have even been. It’s easy to miss.

It’s got everything except for one giant howler of a problem: it seriously lacks access to fast, reliable broadband services.

It is one of South Australia’s 322 small towns of which 21 are (or were) mining towns. Many of these small communities are either in decline, or have struggled to find new ways to survive. 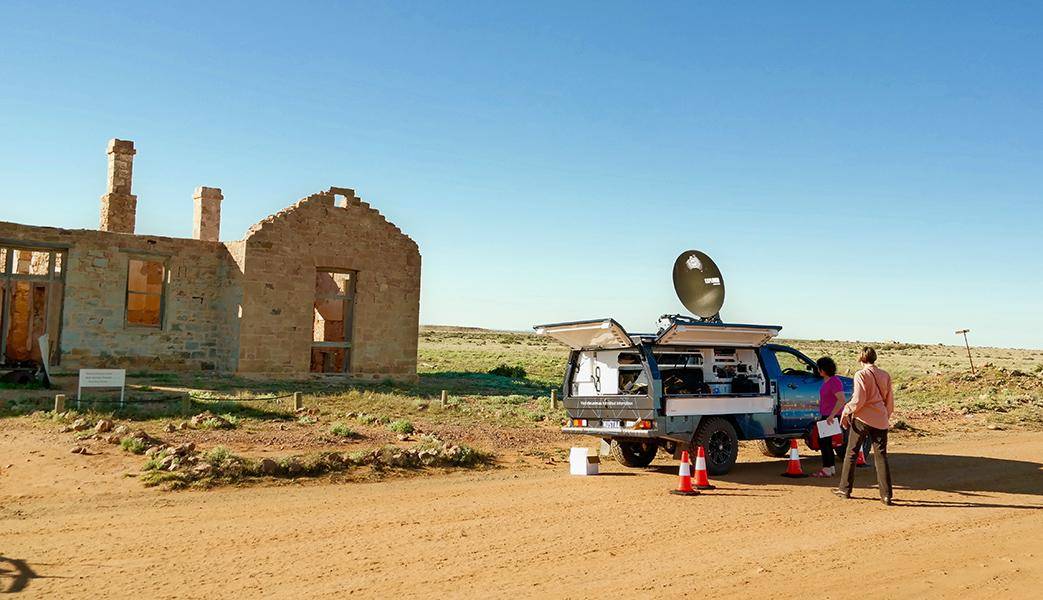 Leigh Creek was built by the State Government and leased to a coal mining company, but with the recent worldwide decline of the coal industry, its purpose appears to be  drawing to an end. The town may need a new destiny to survive.

Into this scene has emerged an unlikely potential new saviour in the form of the tall, elegant and fiercely-intelligent Dr Jane Lomax-Smith.

A former Lord Mayor of Adelaide, former Minister for Education and Tourism, a clinical pathologist, medical researcher, lecturer and now Chair of the South Australian Museum Board, Jane’s been tasked with redeeming Leigh Creek’s future.

She recognised early in the process that fundamental to keeping Leigh Creek and its surrounding, interdependent communities from falling by the wayside is to bring them into the new Century.

How does that happen? By making sure they can connect to the internet, for a start. 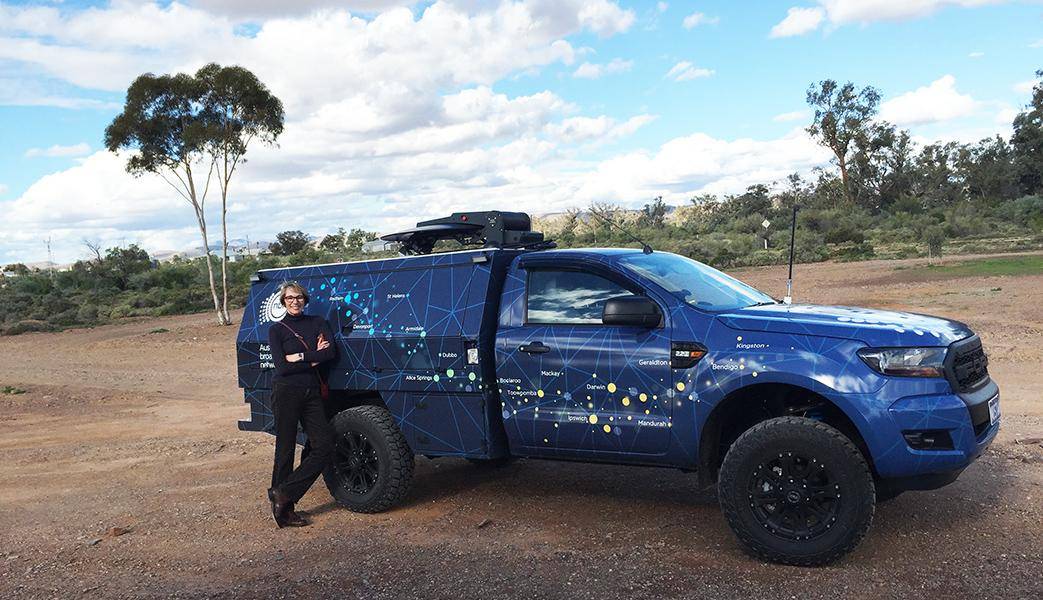 Dr Lomax-Smith believes that nbn’s two Sky Muster™ satellites are integral to most of her recommendations to Government.

She also hopes that the way in which Leigh Creek ultimately comes to survive will, in part, provide a template for the survival and sustainment of many other remote and regional communities in South Australia. And she believes key to future survival is a fast broadband connection.

“At the moment, what’s more important than anything is getting the message out that everyone who can, should connect to [services over] Sky Muster™,” Jane said.

“I’ve spoken to lots of people around here who don’t know Sky Muster™ is available. Many more have no clue as to how to go about getting it, and most have no idea that nbn will install the satellite dishes and wire modems into buildings at no cost,” (once they have ordered a service from their retail service provider).

“My report to the State Government is also recommending wi-fi hotspot locations and other potential partnerships with nbn.” 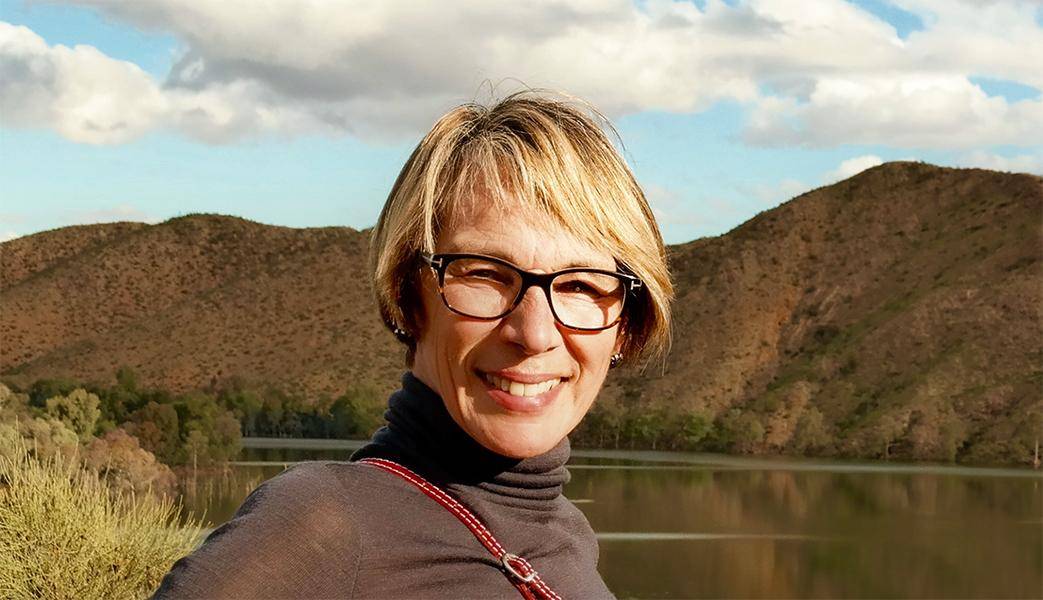 The first partnership occurred recently when Jane joined the nbn™ Road Muster truck on a visit to Leigh Creek and its regional communities including Lyndhurst, Copley, Farina, Beltana and Parachilna.

The Road Muster truck takes the full experience of a Sky Muster™ service to the people – by using its satellite dish to find a Sky Muster™ signal that can then deliver broadband services to the two large touch-screen television/computers on board.

The truck also provides a wi-fi hotspot for up to 60 devices – which made it a hit with those residents who had never experienced broadband speeds like it.

“Whhhah – look it fly!” came the surprised expression of one worker who had grabbed the laptop from his car seat and came running across to the Road Muster truck to use its wi-fi. “I’ve never seen it do that before,” he enthused.

Broadband in this area – like many remote areas – has previously been poor to non-existent.

Jane Lomax-Smith is on a mission now to make sure this corner of South Australia connects to the world.

“Leigh Creek has everything else going for it,” she said.

“It’s an important service centre for this whole area and its potential for forging a new future is bright, but if the local businesses can’t keep up with the rest of the country, if people who come here can’t get access to the outside world – it really will just slip into the mists of time,” she said.

Access to fast broadband is changing the lives of everyday Australians. Check your address to see if you can connect to the nbn™ network.