Rolling out across the country: Coral Bay on the Ningaloo Coast

By: Jennifer Kiely | The nbn™ project | Published on 13 December 2017
Share on Twitter Share on Facebook Share on LinkedIn
As we roll out our network, we’re fortunate to explore the many breathtaking locations that grace our wide and sunburnt land. This week we head to Coral Bay, which is now ready for service, to find out what puts it #onthemap… 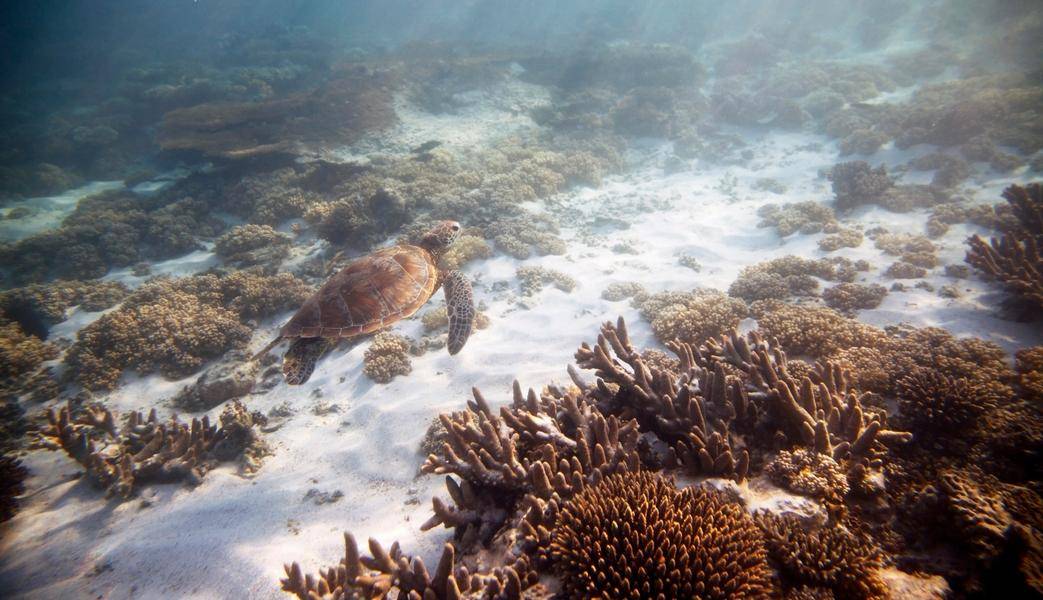 When it comes to World Heritage sites, in Australia, we really do seem spoiled for choice. Among those recognised as being culturally and naturally significant are the Great Barrier Reef, Daintree Rainforest and Kakadu National Park. But that’s definitely not all.

Equally as striking – and important – is the World Heritage-listed Ningaloo Coast. Spanning more than 600,000 hectares of sea and land, it hugs the edge of Western Australia to its north. And part of this protected region, the Ningaloo Marine Park, sits right alongside the small town of Coral Bay.
Coral Bay is now ready for service on the nbn™ broadband access network, bringing connectivity and access to fast broadband to the local people, business owners and visiting tourists of the region. This is further demonstration of why a recent report found NBN Co to be leading the world in commitment to rural and regional broadband, and our commitment to bring the network to homes and businesses across Australia and complete the network rollout by 2020. 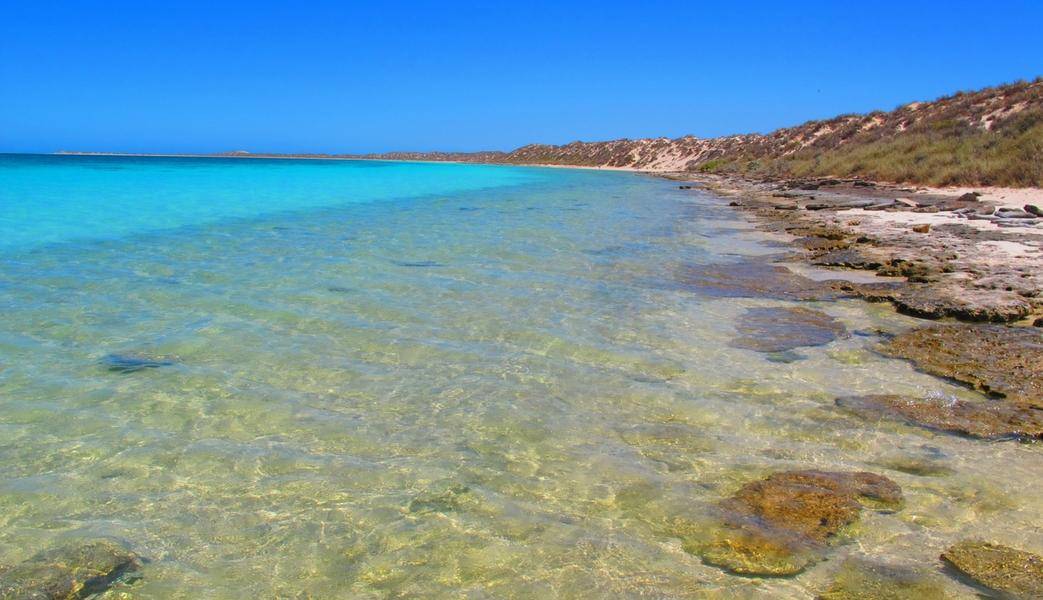 “Coral Bay is a marine paradise in the Ningaloo region, and is a favourite holiday spot for West Australians, Australians and international guests. With beautiful coral gardens just metres from the pristine white beaches of this tiny, laidback seaside town, it’s a nature lover’s dream.”

Home to a smidge over 200 people – its population constantly boosted by tourists passing through – Coral Bay lies on the Indian Ocean, 120 kilometres south of Exmouth. While the first building, a holiday shack, was built in 1933 in what was then known as Bill’s Bay (the name of the actual bay nearby), it wasn’t until 1968 that formal settlement began. A service station, caravan park and hotel soon sprang up with the Coral Bay Hotel providing inspiration for the fledgling town’s new moniker.
And with the world’s largest coral fringing reef right on the doorstep, there’s little wonder Coral Bay found itself squarely on the map.
Unlike the Great Barrier Reef, which requires a boat trip to reach, the gateway to Ningaloo Marine Park is mere metres from Coral Bay’s white sandy shore. It’s the only large reef in the world to be so close to a continental land mass, so simply slip on your snorkel, swim a few strokes and you’re there. 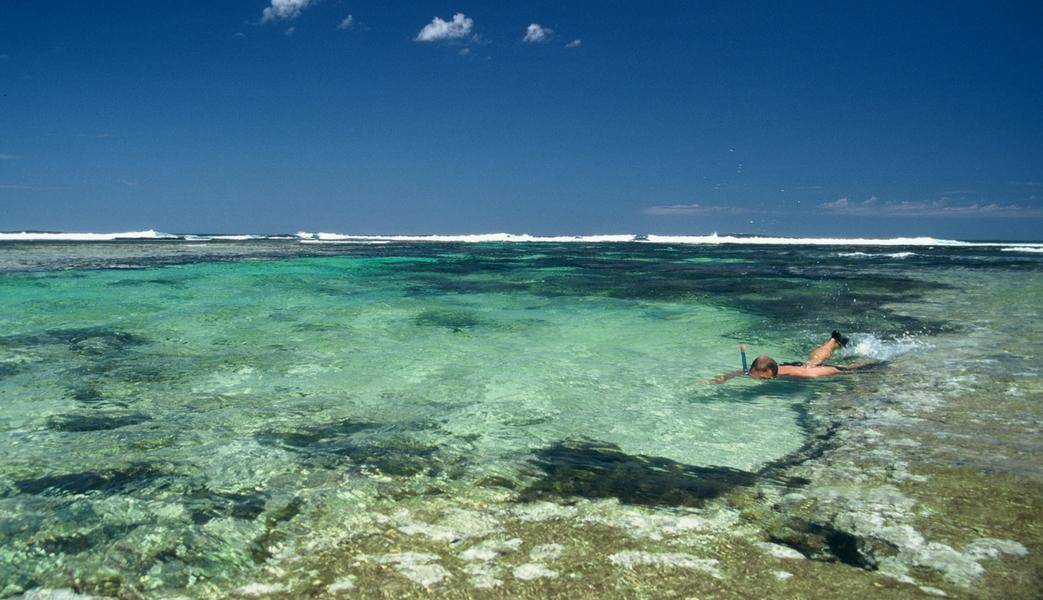 Given how close the land is to the coral, it’s especially important to watch where you’re walking (and kicking) when taking a dip. Coral is extremely delicate and can take years to recover from injury, so always be coral-conscious.

Stretching for 300 kilometres, Ningaloo Marine Park is the ultimate destination for aquatic-life lovers and aficionados alike. Just some of the creatures you’re likely to encounter in the inner and outer reef include whale sharks (March to June), Humpback whales (June to October) and Green, Loggerhead and Hawkesville turtles (November to February). And don’t forget the Manta Rays, reef sharks, dugongs and 500-odd species of fish, all within easy spotting distance.
There’s also 250 species of coral to explore within underwater gardens, including ‘Ayer's Rock’, one of the largest living brain corals in the Southern Hemisphere.
While there are protected areas out on the reef, there are also zones where fishing gets the thumbs up. Choose from deep sea, light game or beach fishing with species on offer including red emperor, cod, norwest snapper and, appropriately, coral trout. 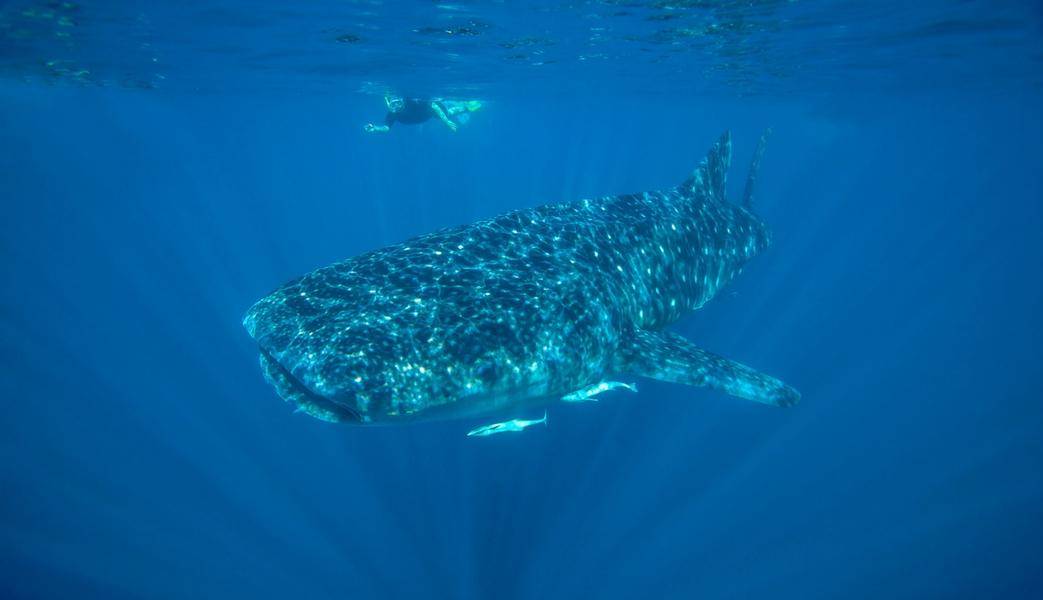 A whale shark at Ningaloo Reef.

In Coral Bay? Keep an eye out for the Sanctuary Zones, which make up 34 per cent of the Ningaloo Marine Park. They are the highest protected areas so you can ‘look but don’t take’ – as pretty as that shell or coral may be, nothing living or non-living can be taken.

If you’d rather feed the fish than catch them, head to Main Beach at 3:30pm each day where schools of norwest snapper congregate. Or discover the reef shark nursery (October to March) where up to 200 sharks bask in the shallows.
With all this – and more – at their front door, it’s easy to envy the town’s permanent and transient residents. So what will access to our network mean for the people of Coral Bay, their visitors and the community?
Says Head of nbn™ local, Western Australia, Rachael McIntyre: “Access to fast broadband over the nbn™ Sky Muster™ satellite service is an enabling factor to this community. It can help local businesses participate in the digital economy, and it opens up new opportunities for the region’s tourism industry to grow. The network will help bring the magic of Ningaloo Reef, such as snorkelling through cabbage coral gardens and swimming with whale sharks and Manta Rays, to the rest of Australia and the world, with a more effective delivery of rich, highly-engaging content via the internet.”
Check your address to see when you can switch.
Address
Enter an address and select from the dropdown options

Coral Bay by the numbers

Discover what puts Wodonga on the map.