Skip to main content
Related Articles
Rolling out across the country: Coral Bay on the Ningaloo Coast Meeting the people behind the nbn™ network: Moj Tech training boosts ex-ADF careers

By: Greg Thom | The nbn™ project | Published on 25 January 2018
Share on Twitter Share on Facebook Share on LinkedIn
The suburb of Belgrave at the foot of the Dandenong Ranges in Melbourne’s leafy outer east is a beautiful, green oasis of bush on the urban fringe.

It’s also full of spiders, snakes, can be prone to bushfire and, with its windy and narrow country lanes, parts of the town can be difficult to access.

When you throw in significant conservation and heritage concerns about protecting the heavily treed area, Belgrave doesn’t exactly appear to be an ideal spot to roll out the nbn™ broadband access network.

However, our mandate to provide access to fast broadband across the nation dictates we see areas such as this as a challenge rather than a roadblock.

That’s why, when it comes to connecting 9,500 end users to services over the nbn™ access network in the area known as ‘3BEL’, things are looking up – literally. 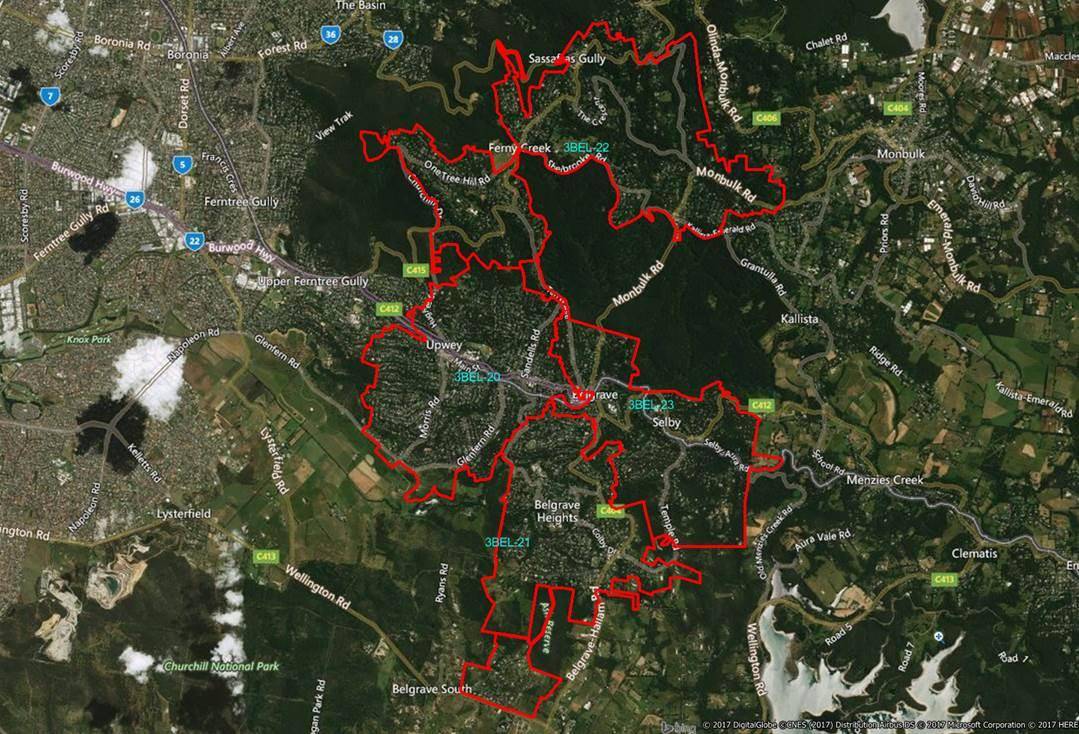 Designers are in the early stages of drawing up plans to connect most of these Fibre-to-the-Node (FTTN) and Fibre-to-the-Curb (FTTC) premises via pole mounted aerial distribution points, rather than on the ground.

Fixed Wireless or Sky Muster™ satellite coverage is not an option for a number of reasons, including the extensive number of trees that could block any signal. Instead, we are looking to make use of the area’s existing network of electricity and telephone poles to successfully bring end users into the nbn fold.

While this aerial approach presents challenges of its own and is not being considered lightly, Project Manager Regional Deployment Shamendra Kannangara says we are faced with little choice.

“'3BEL' is definitely one of the most difficult Service Area Modules (SAMs) to build due to its terrain,” he says of the area.

“There is minimal existing underground network and most existing customers are currently fed aerially.”

Shamendra says the narrow streets, blind corners and steep embankments also make many parts of Belgrave difficult to access for trucks and to set up drilling machines.

Even if we could, the rocky terrain is not only difficult to drill through, but loose rocks are a potential hazard.

“And if we could overcome the drilling issues, there is no space next to the poles in most areas to install new pits anyway,” says Shamendra.

As if our designers and field workforce didn’t have enough on their plate, there are also not one, but two railway corridors to contend with.

One of these is the iconic Puffing Billy locomotive, a steam train ridden by generations of Melbourne children through the picturesque Dandenong Ranges.

Belgrave’s two level crossings are being approached in different ways – with the plan to have one bridged overhead by aerial connection and the other by hauling fibre underground via existing cable ducts. 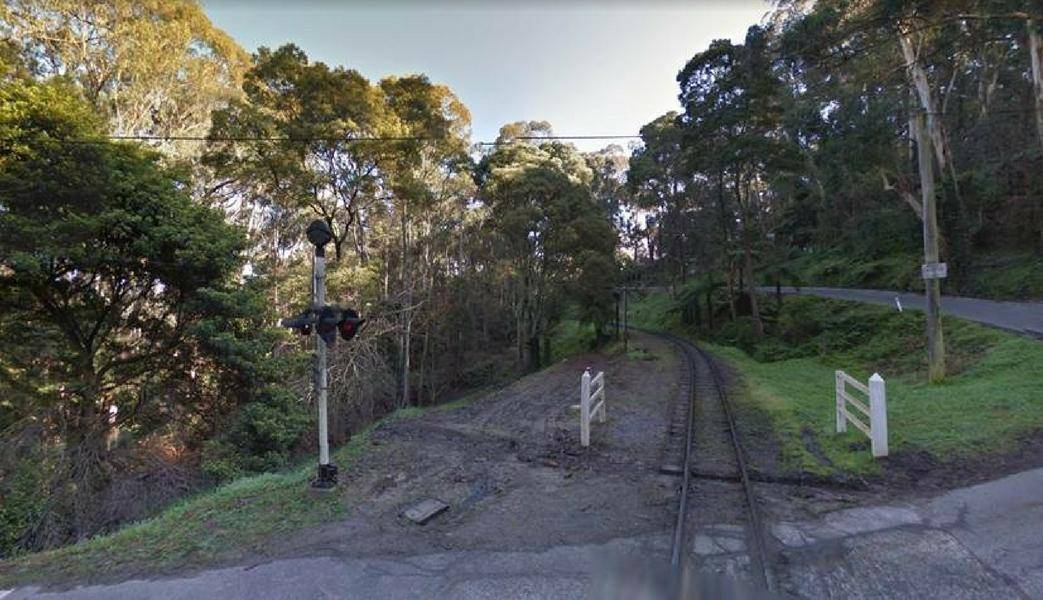 The actual build design aside, the decision to go aerial means health and safety will be a primary focus, with particular attention placed on traffic management and working at height.

“Some work will be done on a truck in a bucket,” Shamendra says.

“(But) some we will have to do off a ladder, such as cutovers, so we have to pay a lot of attention to that as well.”

The approach is further complicated by the need to work close to high voltage power lines. There is a lot of work to be done before we get to that point however.

Approval must be sought from power utility Ausnet, Telstra and end users with infrastructure on private property to gain access to their poles.

An exhaustive assessment will also have to be carried out on the state of each and every pole, with replacement of those not fit for purpose. 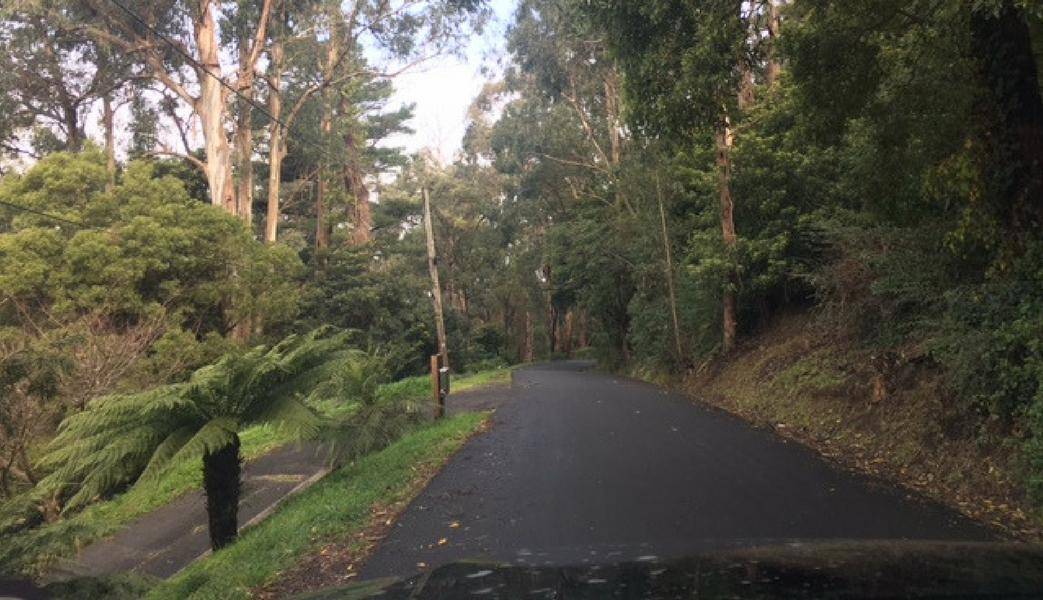 Belgrave: a beautiful, green oasis of bush at the foot of the Dandenong Ranges in Melbourne.

Even those that are useable will need to be made ‘Pole Ready’ – a process whereby each pole is prepared to accept our infrastructure alongside what it already carries from other utilities.

Then there is the specially designed cable used to connect end users to our network via aerial deployment.

“The final design has to be 100 per cent accurate as once the fibre cable is ordered (a process which can take months), no design changes are permitted,” says Shamendra.

Such are the challenges and potentially lengthy approval processes necessary from stakeholders including the local Council, National Parks and residents, that work is not expected to begin in the area until mid-2018.

Shamendra says a kick-off meeting was recently held that brought together multiple teams within NBN Co as part of the first steps to get the ball rolling.

“'BEL3' is an example of some of the hurdles we are attempting to overcome as we continue to ramp up the build in metropolitan areas such as Melbourne and Sydney this year,” he says.

“This is a very specific case. I don’t think we can relate this to many other builds in metro or anywhere else.”