Meeting the people behind the nbn™ access network: Ant

Rolling out the nbn™ broadband access network across Australia’s often rugged and remote 7692 million square kilometres is an incredible telecommunications feat. No wonder it takes more than 23,000 hardworking people to keep it moving every day.

And the work won’t stop once the rollout is completed in 2020.

With potential upgrades planned to be implemented, NBN Co is already on the front foot phasing its massive workforce into the next era. This includes forming new teams – like one to focus on migrating big businesses to our network – and providing invaluable educational opportunities like the nbn™ Glocals Academy.

It’s been fundamental to the rollout’s success that all walks of Australian life have the opportunity to be involved. Not only is NBN Co committed to delivering a gender-balanced workplace, but one of cultural diversity, too.

Today, we’re catching up with one of our relative newcomers, field engineer Ant. 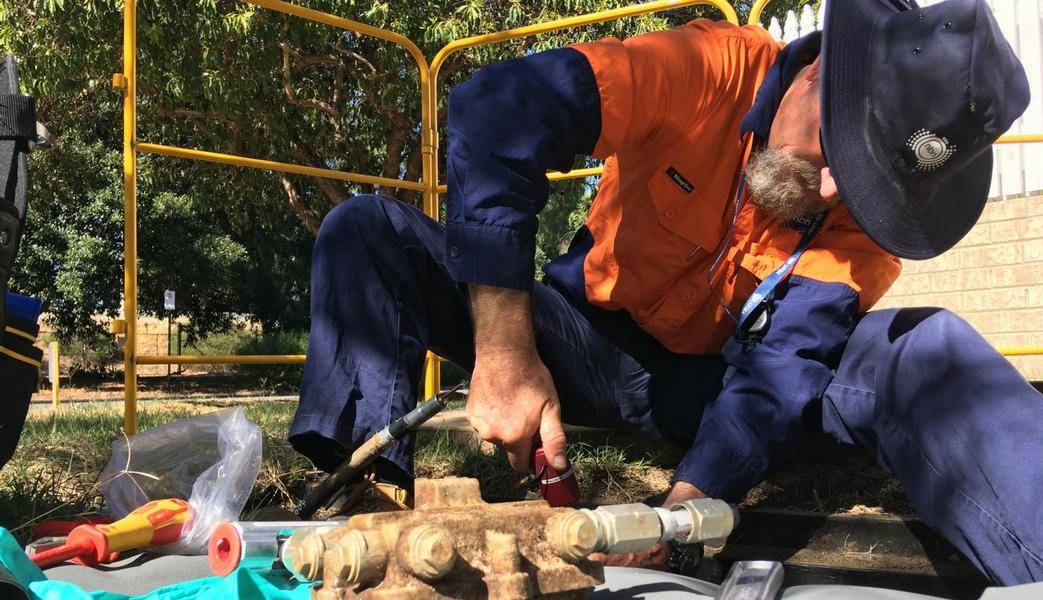 Based out of Perth in Western Australia, Ant has been with NBN Co for the past couple of years. And while he may be one of the newer faces on the team, Ant brings a wealth of telecommunications experience to his role.

“I’ve just returned to the telecommunications field after a seven-year break,” he says. “Prior to that, I had worked with Telstra for 15 years. I spent the intervening years doing a variety of jobs including farm work, truck driving and a few years as a workplace trainer/assessor for safety and driving courses. Although I was born and raised in WA, I did spend eight years in Melbourne before coming back to the West.”

Ant’s previous telecommunications experience has come in handy in his role as a field engineer. As NBN Co uses a Multi-Technology Mix to build our network, an understanding of existing telecommunications systems helps with their modernisation.

“I got into this role when a position was advertised for someone with Hybrid Fibre Coaxial (HFC) cable TV experience. I’d been involved in HFC since construction began in 1995, and I’d worked my way up through a variety of roles in Telstra from construction to senior technician/team leader, looking after the HFC network nationally.” 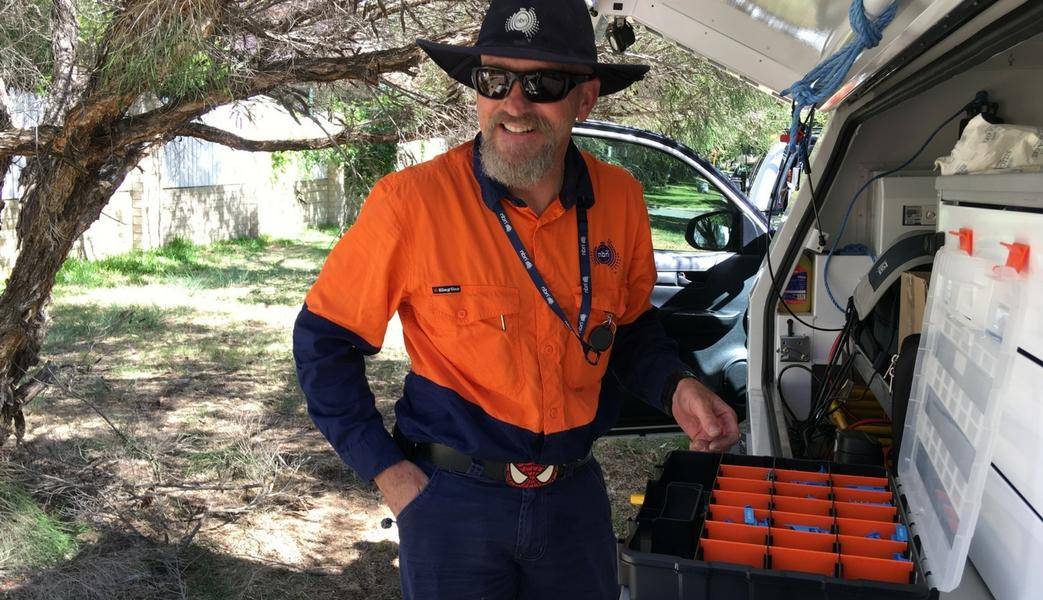 Yet tapping into his HFC experience is only part of what Ant does as a field engineer at NBN Co.

“My role starts when the new parts of the network are built. I perform inspections and audits to ensure that it is built to the proper standard and then take over the care of it for maintenance and restoration. The most common theme is that we are using older technologies with new methods as technology advances.”

“A field engineer does a wide variety of work on all of the technologies at NBN Co: faults, quality assurance and maintenance on fibre; HFC and copper components of the network; plus, wireless and dense wavelength division multiplexing. We work on everything from the phone and internet providers’ Point of Interconnect to the end-users’ premises, all over the state.”

If it sounds like Ant is a jack-of-all-trades, he’s not far off. On any given day, there’s a lot of variety to his work.

“My time is divided between fibre access nodes in telephone exchanges, at Technical Aggregation Node and Development facilities, and outside work in the street. There’s a fair bit of driving, as well as communication with staff at the Network Operation Centre, technical specialists, our work programming team, delivery partners and customers.

“The variety of work we do means every day can bring something different. Travel to remote sites is always good – WA is a big state and there are still a few bits I haven’t seen yet and some I always like to see again. Faults, while obviously not good for the customers, are always interesting because each one brings a different challenge and something new to learn.”

Some of these challenges are obvious, others less so.

“One challenge we face every day is being on the roads,” says Ant. “Working on roadside cabinets requires some extra care and thought in how we set up our workspace to make sure we’re safe.

“Dealing with customers and members of the public can also be tough. I get to investigate escalated complaints and customer issues that have been ongoing for some time. 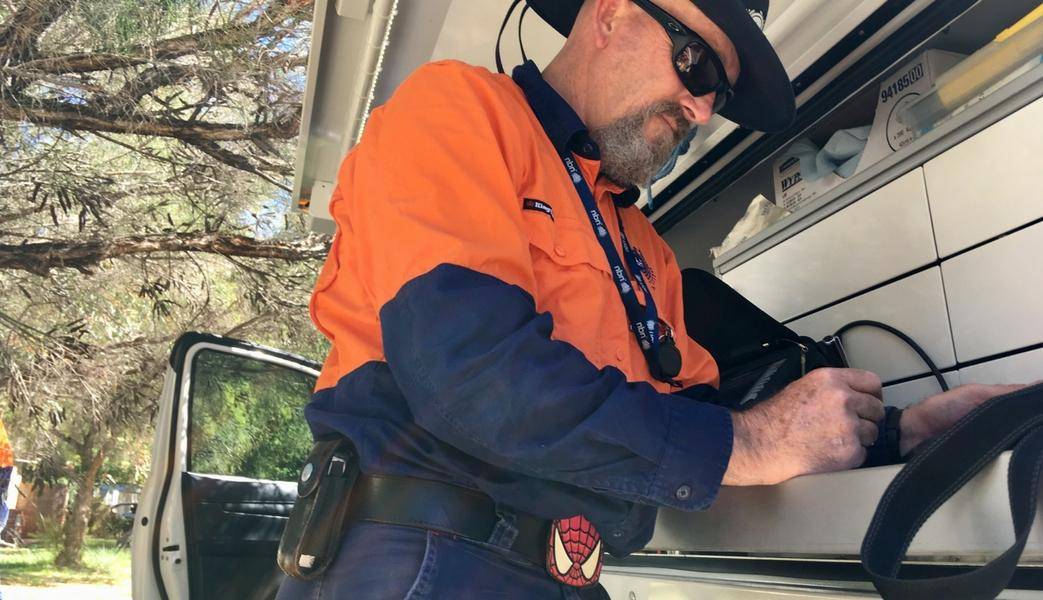 “Thankfully, we are kept abreast of new technologies and new elements in the network through information and training packages and sessions. Still, the first fault you have to investigate on a new device or equipment type is always a very steep learning curve but, ultimately, rewarding. Plus, we can pass the knowledge gained back to our colleagues.”

When talking about his job with family and friends, Ant believes it’s the sheer variety in his work that catches most of them off guard.

“The surprised looks and ‘wows’ come from the fact that we, as field engineers, get to work on almost everything, anywhere: from the fibre where phone and internet providers connect to the nbn™ access network, to the customer’s equipment and everything in between. And the fact we do it all over a huge state, top to bottom and through the middle.”

On this last point, Ant reveals that his role volunteering with the State Emergency Service (SES) for 10 years has provided some unexpected benefits.

“My experience in SES has given me, firstly, an enhanced appreciation for hazard assessment and management, as well as recognising and dealing with risks in the day-to-day work in the field. Secondly, I have had a lot of off-road driving experience so I’m confident I can take myself and my vehicle into places it’s capable of going and bringing it (and myself) back in one piece.

“I feel like I can handle anything at NBN Co as, through the SES, I’ve had to endure some emergency situations that I don’t think I will ever (or should ever) see in the workplace.”

“It’s very satisfying,” says Ant when asked what it’s like to work on one of Australia’s biggest infrastructure projects.

“Not just because it’s a huge project, but because it will help bring people access to many opportunities to enhance their everyday lives. It’s nice to know that you are quietly working in the background to provide something that people will eventually (if not already) take for granted.

“The digital economy and online commerce could definitely be improved, which would help an already rapidly expanding area of business to continue to do so. I see huge potential benefits for kids at school to have access to information and the ability to have video conferencing for all manner of educational pursuits.*

“It will help things like video calling to become an everyday method of staying in touch with friends and family all over Australia and the rest of the world. It will help us to keep up with the rest of the planet and maintain our already established reputation for embracing technology.”*

Clearly Ant isn’t just a fan of his role at NBN Co but also the potential the nbn™ access network can bring to Australians. And it seems NBN Co was the perfect vehicle to bring Ant and all of his experience back into the industry.

“I’m able to take pride in my work, making sure that the technology we install and maintain keeps doing what it is designed to do and fixing it quickly when it doesn’t. I’m happy to tell people I work for NBN Co, even when they may have negative things to say about it. I do my best to assure them that we are working every day to make it the best network we can.”

Read on to meet Carolyn, our General Manager of Technology Strategy.
*Your experience, including the speeds actually achieved over the nbn™ broadband access network, depends on the technology over which services are delivered to your premises and some factors outside our control (like your equipment quality, software, signal quality, broadband plan and how your service provider designs its network).