Close this message
Related Articles
This is my country: nbn and rural communities Sky Muster: Doubling the data for rural Aussies Australia leading the world in commitment to rural broadband

By: Ebony Aitken | The nbn™ project | Published on 8 September 2017
Share on Twitter Share on Facebook Share on LinkedIn
Throughout last September, WA’s Road Muster truck travelled more than 5,000 kilometres across the beautiful yet harsh terrain that is much of Australia’s west coast. An epic journey where the song “I’ve been everywhere” certainly comes to mind. 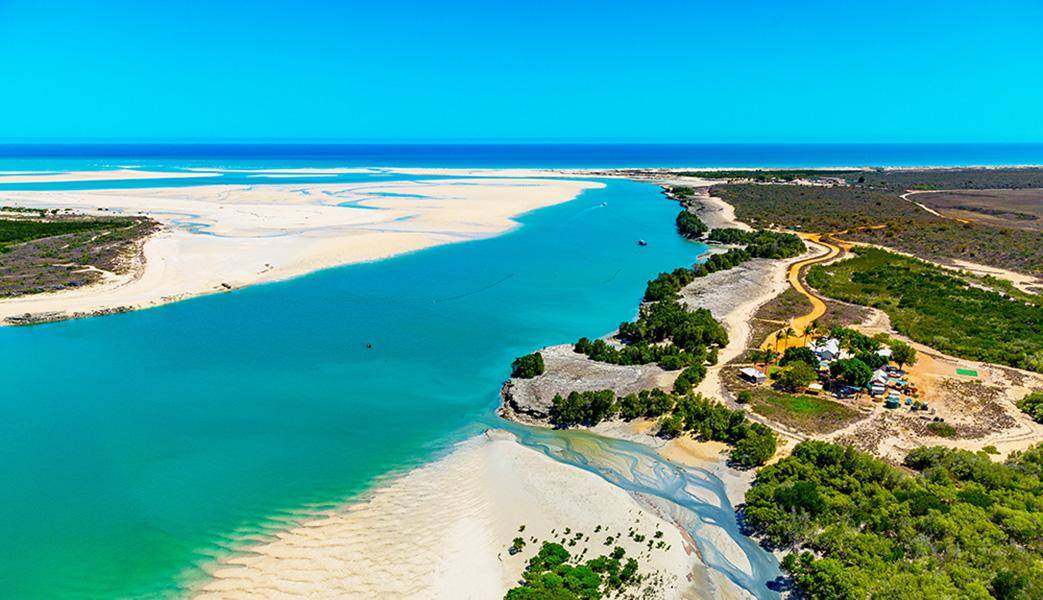 The tour kicked off in Kununurra – right next to the Northern Territory border. To put things into perspective, if you don’t know just how massive WA is, for those residing in this town it’s closer for them to travel to Indonesia than to Perth, some 3,100 kilometres south.

We travelled about two hours west of Kununurra to a town of about 600 people – Wyndham. The town is surrounded by huge gorges and rock formations and majestic 100-year old Boab trees scattered across the plains. It’s here where we met Chris and Phil. They had brought their laptops down to test it for themselves.

“The internet speed at our place is at best, temperamental. On again, off again, and sometimes so slow we don’t even bother to use it. So I was interested to compare what a satellite service might be able to deliver,” Chris said. Before they knew it, they were connected and clocking speeds they’d not experienced before.

Chris knew her stuff – it turned out she ran the local paper in town, so knew the right questions to ask. Needless to say, she was keen to get as much information as possible to spread the news that a Road Muster truck was in town! 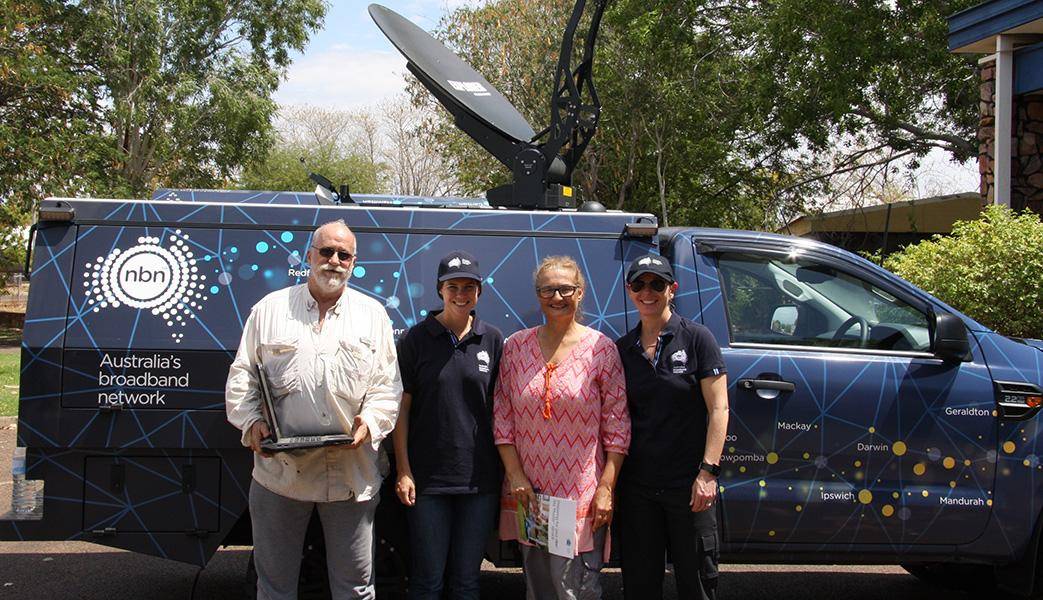 We started to make our way further inland to some very regional towns. In Fitzroy Crossing – one of only two towns along the more than 1,000 kilometre stretch of highway between Kununurra and Broome – we met members of the Marra Worra Worra Aboriginal Corporation.

They are the oldest and largest Aboriginal resource agency in the Kimberley and look after more than 40 communities.

After we talked to them about what the access to a Sky Muster™ satellite service could provide to e-health services, distance education and business opportunities, they told us just how amazing it could be for their communities.

After a week in the Kimberley, the team made their way through the Pilbara region. We stopped in Marble Bar, a town well known for its extremely hot weather – in fact it had been named one of Australia’s hottest towns since the 1920s. Kim from the local Community Resource Centre was pretty excited. 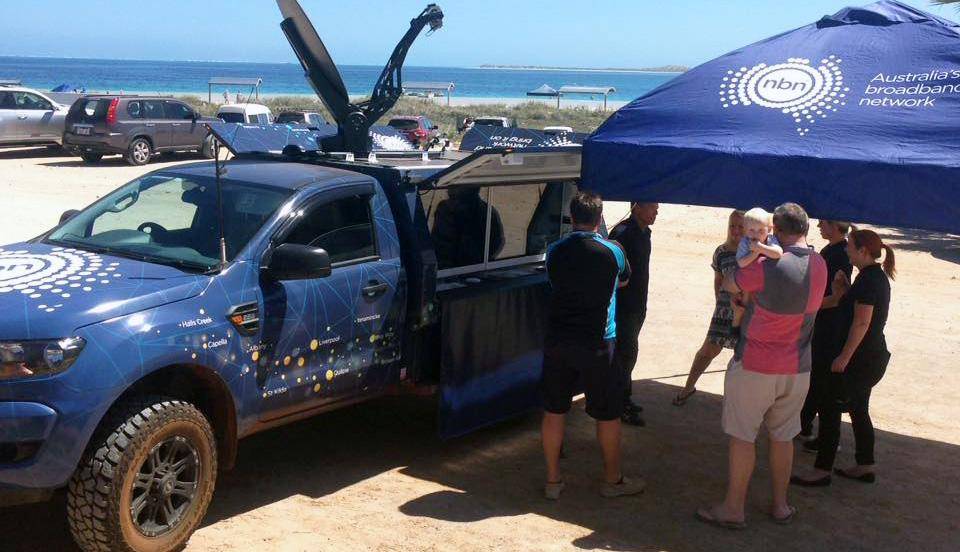 Local businesses in Coral Bay, excited about how Sky Muster™ could change the way they do business

In Coral Bay, on the World Heritage listed Ningaloo Reef, the story was much the same. It is an international destination where tourism is close to 100 per cent of the industry, according to the locals.

However, in terms of broadband in the town, it was zero, nada, zilch... A number of local business owners spoke with us about how access to the Sky Muster™ service would change all aspects of everyday business in Coral Bay.

From major tourism destinations to the land of rich farming – our Road Muster truck found its way to Mingenew, otherwise known as Wildflower Country. It’s a farming town of about 500 people, 100 kilometres from Geraldton.

It was the locals who told us about the challenges of farming life and that many had to head into town just to be able to do internet banking. For them, the Sky Muster™ service would become a real lifeline in terms of basic and essential services.

The tour was an incredible chance to experience the picturesque wonderland of WA’s vast landscape, but most importantly it was an opportunity to meet and talk to locals within these remote and rural towns.

It was a humbling experience, discussing the challenges many of them have with normal day-to-day activities such as emailing, online banking, connecting with family and friends, and just the ability to use the internet – activities those of us living in metros areas often take for granted.

The Sky Muster™ satellite service is a game-changer, a lifeline to deliver access to fast broadband, no matter where people live.

A recent Ovum report found that Australia is leading the world in commitment to Aussie broadband. Read more here.