This is my country: nbn and rural communities 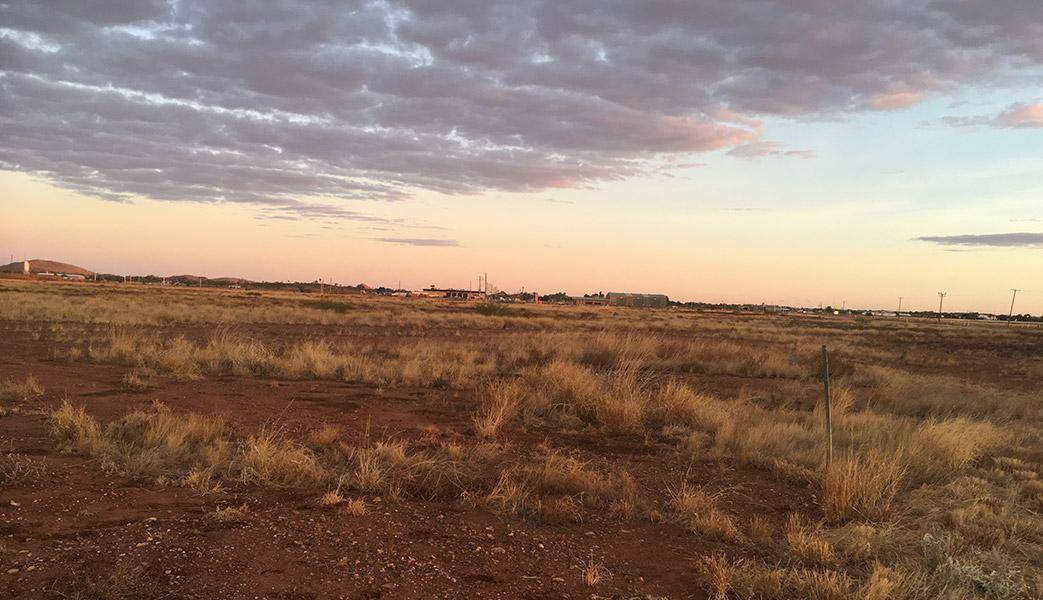 I love a sunburnt country, 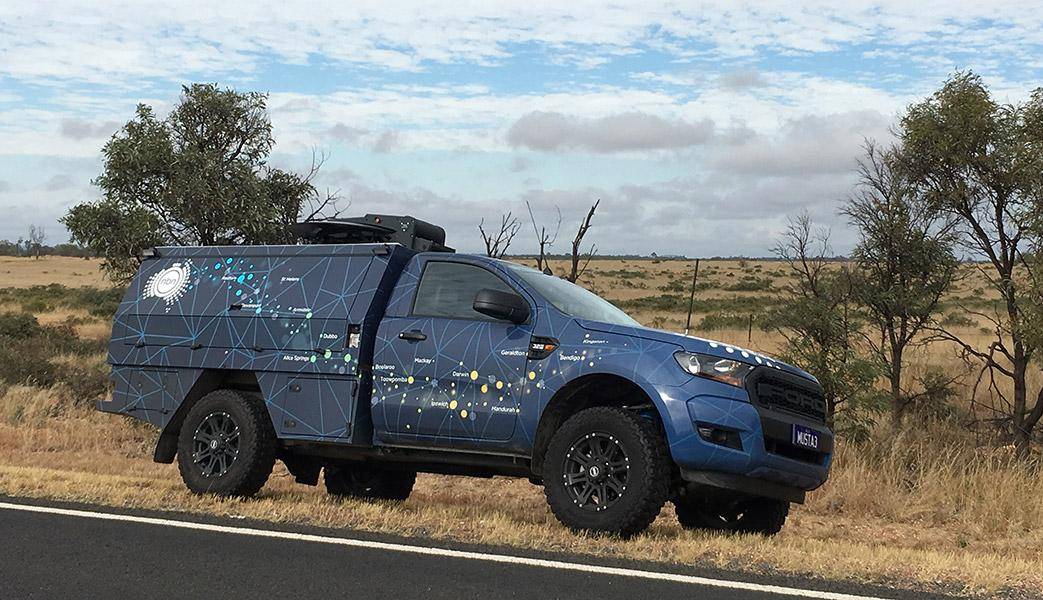 A land of sweeping plains, 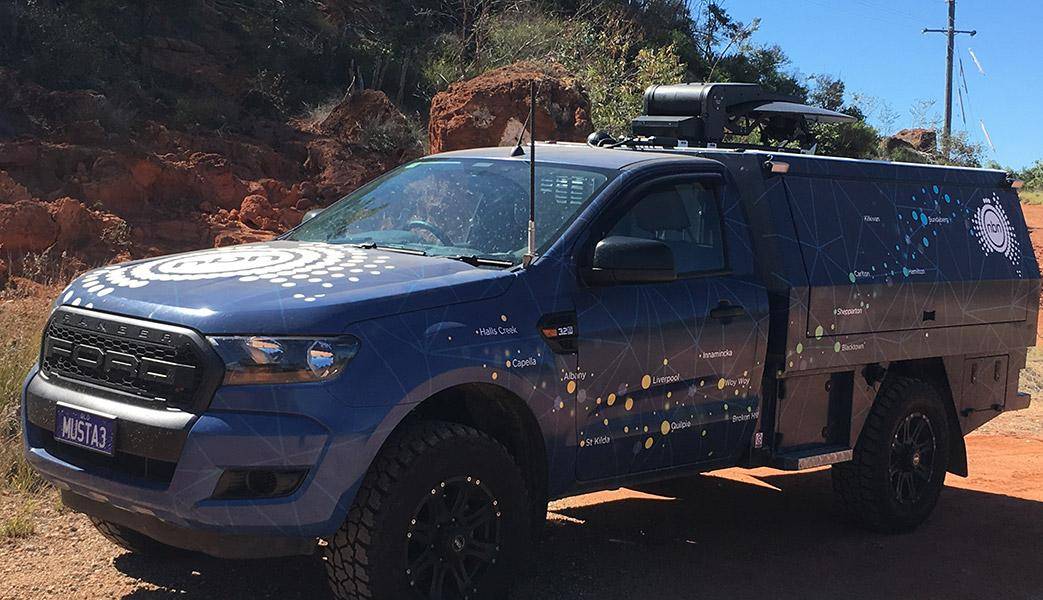 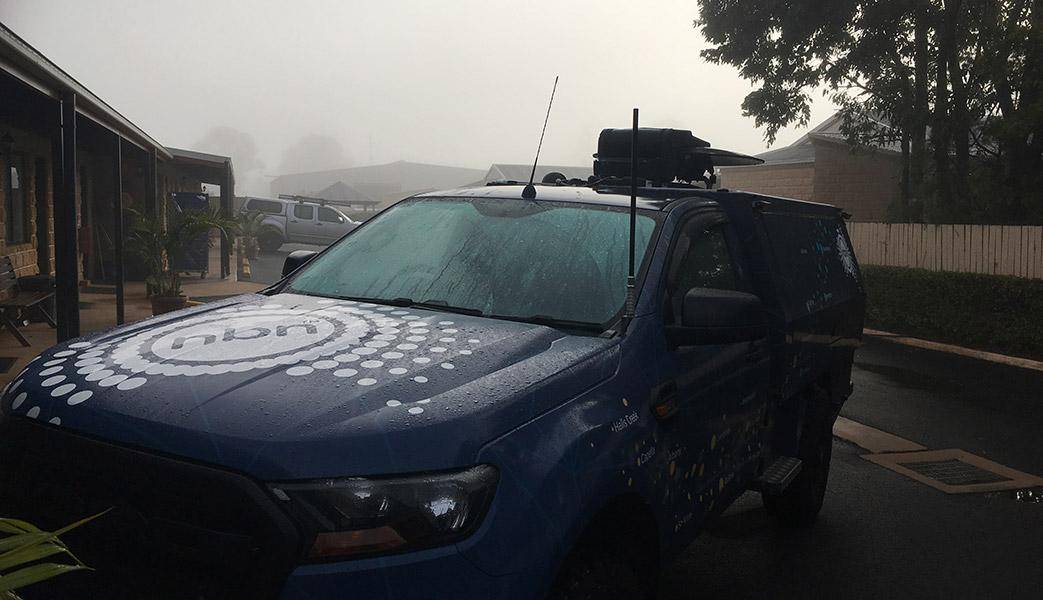 Of droughts and flooding rains.
Previous image
Next image

I am incredibly lucky to cover a broad stretch of the great state of Queensland from Ingham to Mount Isa to Goondiwinidi to Redland City.

Sharing the nbn message in places such as Kingaroy, Biloela, Emerald, Charters Towers, Hughenden, Julia Creek, Cloncurry, Mount Isa and Townsville, I was fortunate enough to spend time with people who face a completely different set of problems than many in the city.

While some people share concerns about what happens to their phone line when the nbn™ broadband access network rolls into town, what plans based on wholesale speed tiers they can get or why they can’t keep their ADSL service, many of the people I meet don’t even have a phone line to begin with (let alone ADSL), or a mobile. And forget about them having an address other than Station X, A Long Way From Anywhere.

They face challenges with droughts and floods and how to educate their kids when the closest school might be 200 kilometres away.

Throughout the trip, one thing was clear – people care about the nbn™ access network and what it means for them.

No matter what you think about it, nbn is completely reimagining communication and communities in regional Australia and can help keep families together, reduce the drain of youth and talent to the city, and to find new ways to grow local economies.

That’s why this is so important.

Covering slightly more than 3,000 kilometres (or the equivalent of driving around the Victorian border almost one and a quarter times), I barely scratched the surface of this wide, red state. 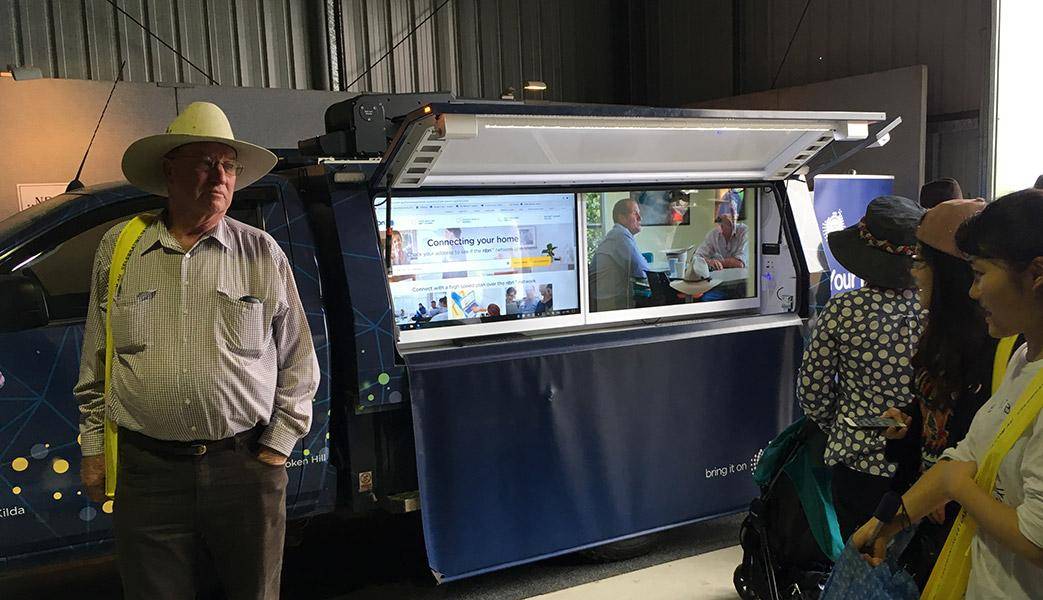 A Road Muster truck at Ag-Grow in Emerald

Education. Business. Health. Lifestyle. nbn plays an integral part in all of these.

We were able to showcase this at several community events during this trip including the Ag-Grow Emerald Agricultural Field Days which attracted more than 20,000 people through the gate over three days.

People from all over the country attended, and while the majority of people were Sky Muster™ users, my colleague Marcello Massi (who generously gave up a weekend to come and help at Ag-Grow) also fielded questions about Fixed Wireless and Fixed Line services from people from everywhere around the country.

People shared stories from their own experiences, rumours they had heard or comments about the latest report.

While in Cloncurry, I even got to attend the Stockman’s Challenge.

Two days of dust, dirt, mustering and country goodness where I learned horses are great and I can’t take selfies.

While on the road, I heard a lot of different stories and opinions – some accurate, some less so – about what nbn is undertaking. 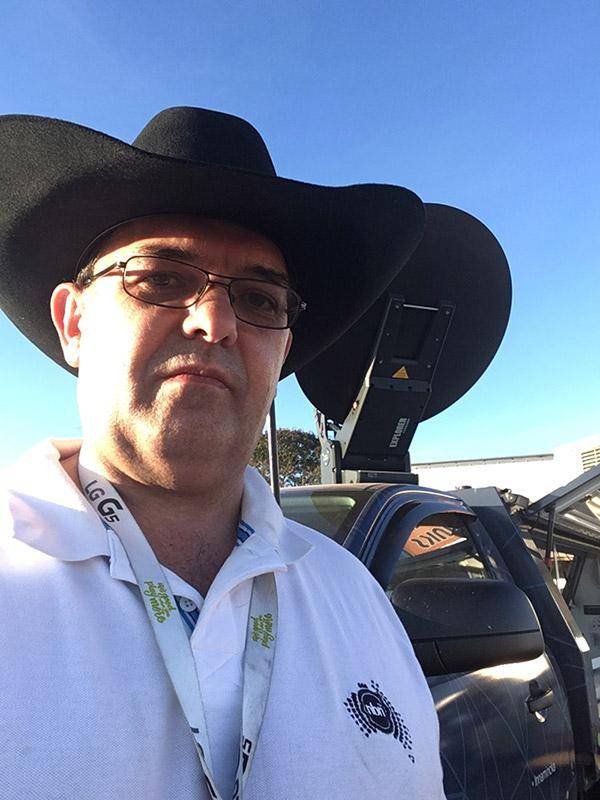 While offering a public drop-in session in Cloncurry, a bus full of people from one of the local mines pulled up next to me where they got to pick up essential supplies from the supermarket across the road.

In the next 20 minutes, I think heard practically every four lettered comment about the nbn and its alleged failings. Yet most of them had never used services over the nbn™ access network.

After letting them drive our computer (connected to services over the Sky Muster™ service), getting to have a go ‘hands-on’ by visiting the sites or videos they wanted to play, the story changed. I noticed some of the crowd nudging their mates and a few even apologised for what they had said earlier.

With community drop-in sites outside the Mount Isa Memorial Civic Centre and the Cloncurry Shire Council, people had the chance to stop, chat, check their address and test out what the nbn™ access network can deliver.

Using one of our satellite-equipped Road Muster vehicles, I was able to invite people to come and see the nbn™ access network in action. In fact, one of many joys of the trip was watching Queensland’s epic State of Origin win in a bar and grill in Cloncurry and then watching a replay a couple of days later in Mount Isa via a Sky Muster™ satellite stream. 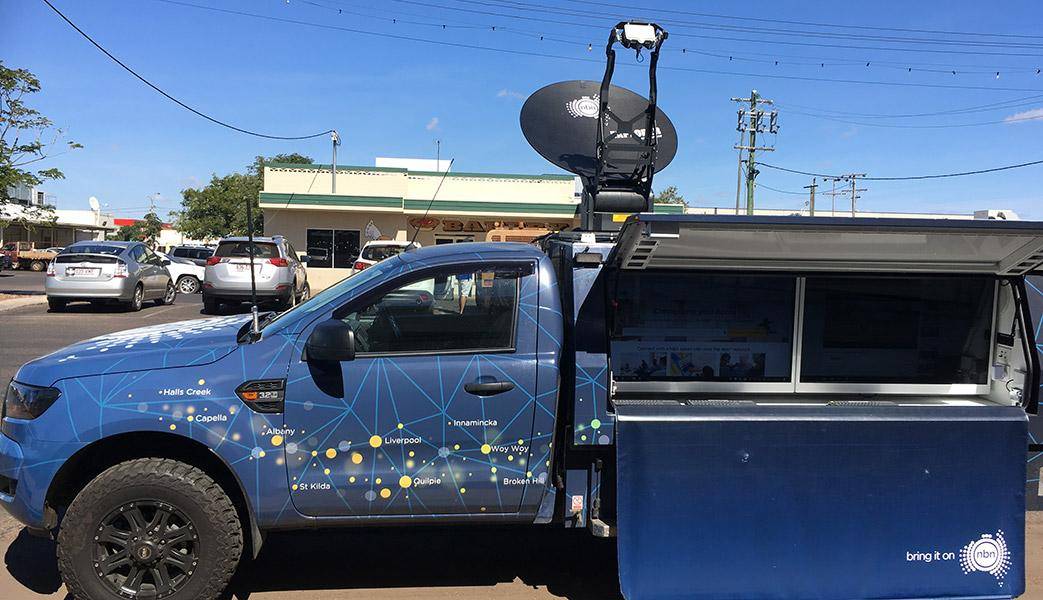 And it is not just individuals. One of the councils I saw had a chat with me about the IoT (Internet of Things) and the possibilities it can bring. One simple idea was the installation of internet-enabled sprinklers in council parks.

These devices don’t just work on a pre-determine schedule for watering; many are able to use the internet to check weather forecasts or take moisture readings from the soil to make automatic but intelligent decisions about whether to water or not.

Given how vital water is in central Queensland, this not only saves money for council but, more importantly, preserves a precious resource for the community.

The trip is over for the time being, but I always remember Mackellar’s words:

"Core of my heart, my country!

Land of the rainbow gold,

For flood and fire and famine

She pays us back threefold.

Over the thirsty paddocks,

Watch, after many days,

The filmy veil of greenness

That thickens as we gaze."