By: Greg Thom | The nbn™ project | Published on 30 September 2020
Share on Twitter Share on Facebook Share on LinkedIn
5-minute read
Following a lengthy journey, punctuated with patience and collaboration, Australia’s oldest railway station is now ready to connect to the nbn™ network. 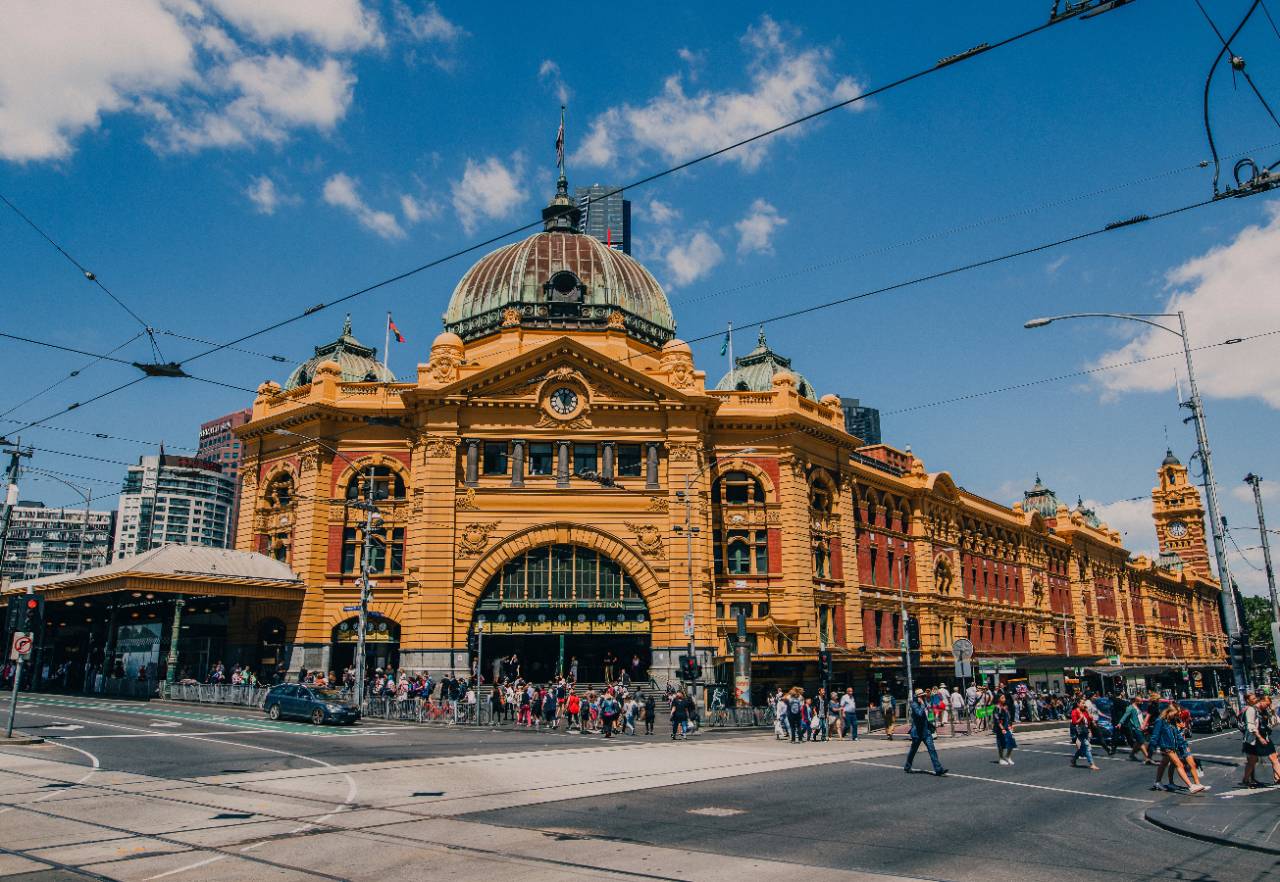 Flinders Street Station is the face of Melbourne.

Dominating the corner of Flinders and Swanston Streets in the heart of the CBD since 1910, the heritage protected building has long connected commuters to their destinations and each other, with generations of Melburnians meeting ‘under the clocks’.

Now, the iconic station is ready to connect to the nbn™ network. 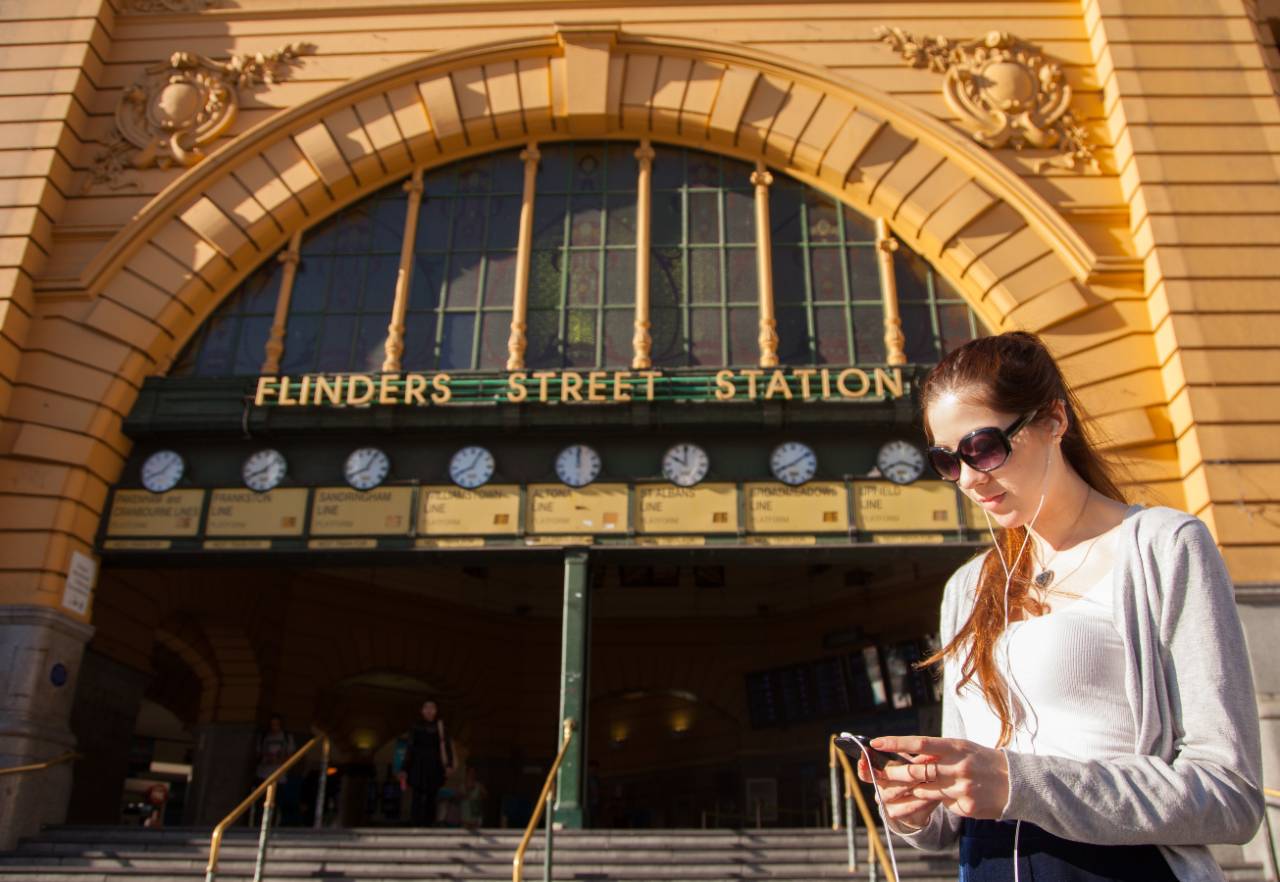 The journey to connect

No one is happier at the news than Scott Conley, Private Land Access Advisor at nbn.

More than three years in the making, Scott has been working tirelessly to bring the world-famous landmark into the nbn fold. 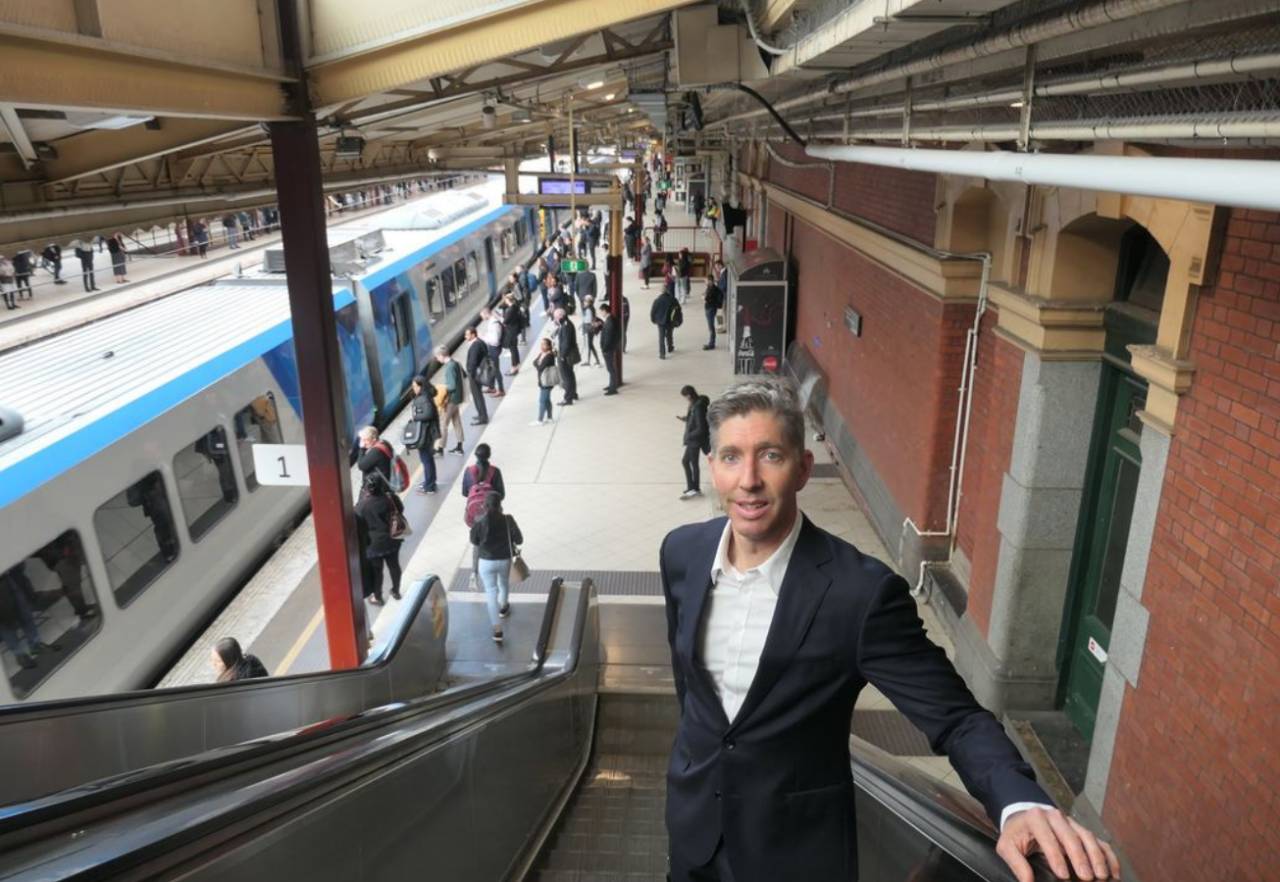 “Right from the get-go, there were a lot of site meetings and it took quite some time to work out who was who as far as which organisations we needed to be dealing with and who was the best contact,” says Scott.

“We had to deal with a lot of different layers within Flinders Street,” says Scott, “so it’s incredibly satisfying to see it now finished.”

The ride wasn’t without its bumps. 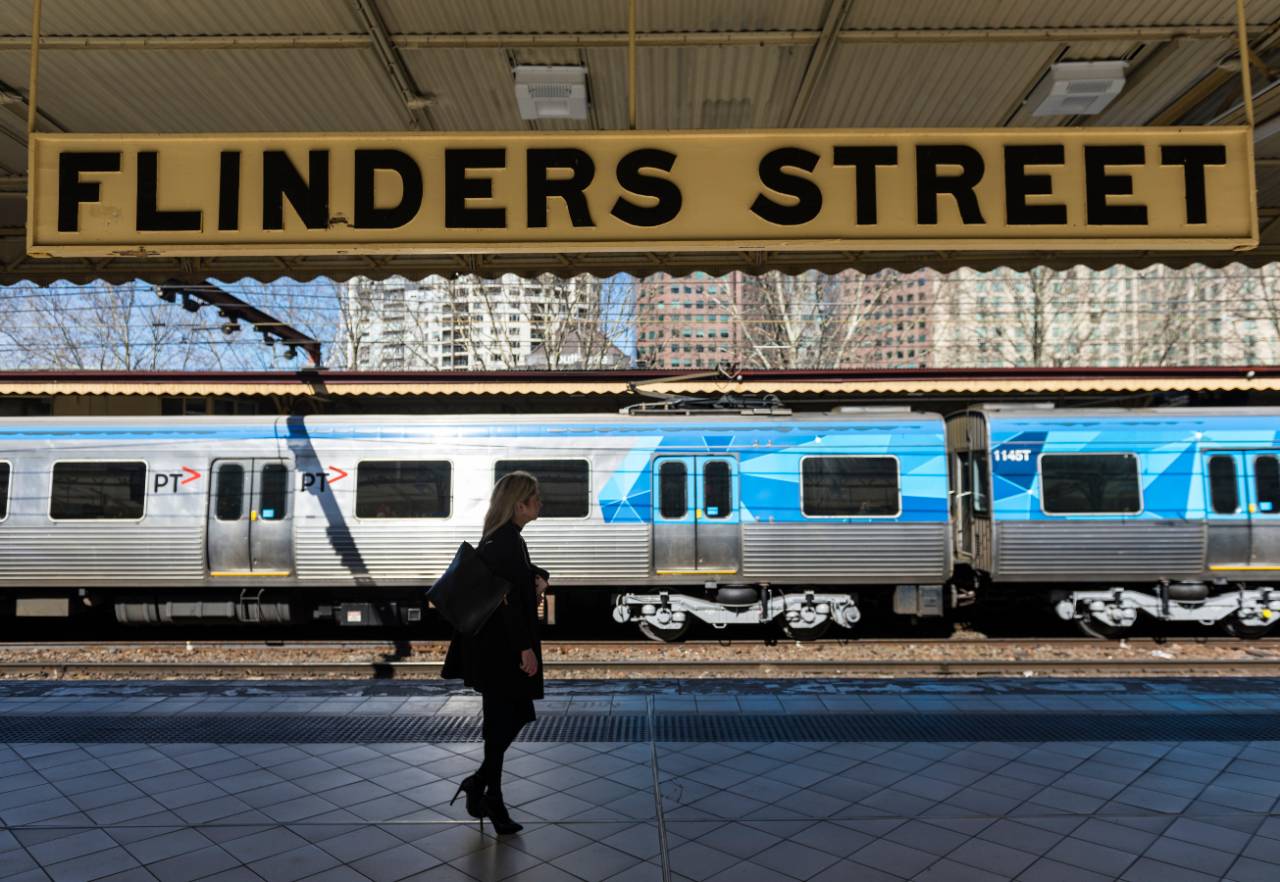 “We got to a point where there was a design, we thought we had locked it down and knew where our infrastructure needed to be installed,” says Scott.

Space on one of the station’s platforms was to be created and a room cleared – before those plans were stopped in their tracks.

The approaching end of financial year, stakeholder budgetary issues and the fact that the station building was covered in scaffolding as part of a major facelift meant – understandably – the rail authority had competing priorities.

As an alternative, the planned location of nbn™ equipment was moved from above ground on Platform 1 to a basement deep in the bowels of the station.

“There was an old room that had all these old paper records that had been handwritten that went back 50-odd years. It was almost like going down into a library, it was quite amazing,” says Scott.

“It was pitch dark and I think there was even a tunnel that would take you underneath the road there. It was pretty cool.”

A design was drawn up incorporating plans to run cabling up to the platform as well as resolve some power-related issues.

It looked like works would soon be full steam ahead… until it was determined that the basement may not be suitable.

“We were back to square one.”

Yet, it was a case of being delayed not defeated.

Heading back to the drawing board, a revised design allowed nbn’s equipment to be incorporated into a room on Platform 1 along with VicTrack’s own infrastructure, which was to be relocated from the basement. 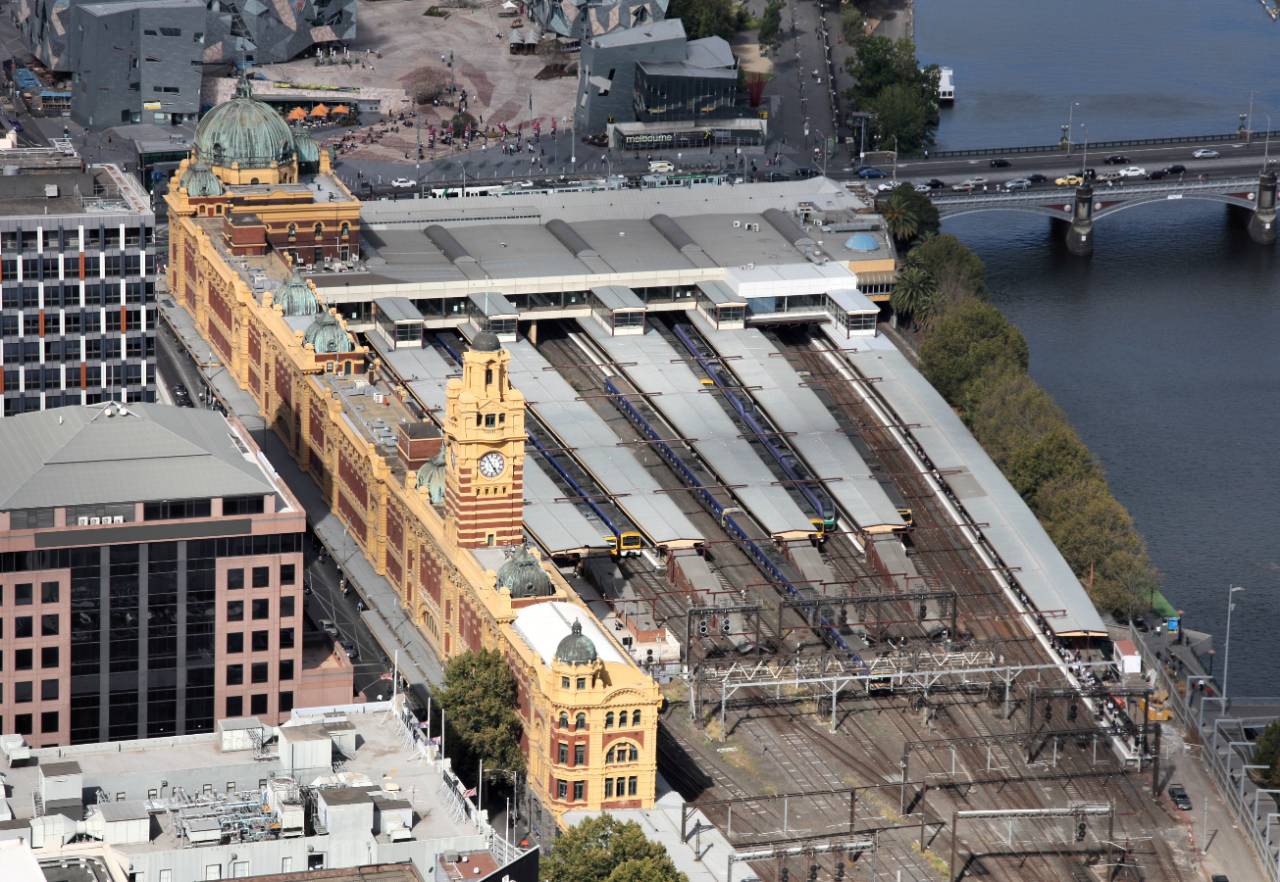 Rather than wait months for the rail authorities to manage the delicate task of cutting over their copper services, nbn was allowed to install its infrastructure in parallel.

“The copper actually feeds each of the different platforms and all their essential services, so it’s quite intricate,” says Scott.

And that meant the outages associated with the operation could only happen during certain times.

"We needed to obtain approval for power outages, which – as you can imagine – is highly sensitive at a large site like this."

Metro also helped nbn and delivery partner Decon navigate the complex array of rail accreditations around safety and risk assessment required to work on such a site.

While, like the rest of Melbourne's CBD, Flinders Street Station has been eerily quiet and largely devoid of commuters during the city's stage four COVID-19 lockdown, Scott says the restrictions didn’t have a direct impact on the proposed work.

Metro scheduled the nbn™ installation to take place after the last train, between 1am and 4 am across four nights.

Now that it’s complete, retail outlets on the station concourse and administration, along with essential services including fire alarms and lifts, are ready to connect to the nbn™ network.

And while the journey to connect may have felt more like a long-distance expedition than a quick cross-town jaunt, there’s no doubt in Scott’s mind that it was all worth it.

"Connecting Flinders Street Station to access the nbn™ network has involved many people and no end of patience, perseverance and strong collaboration with the rail authorities," says Scott.

“We’ve all been very patient, so it’s wonderful to see it finished.” 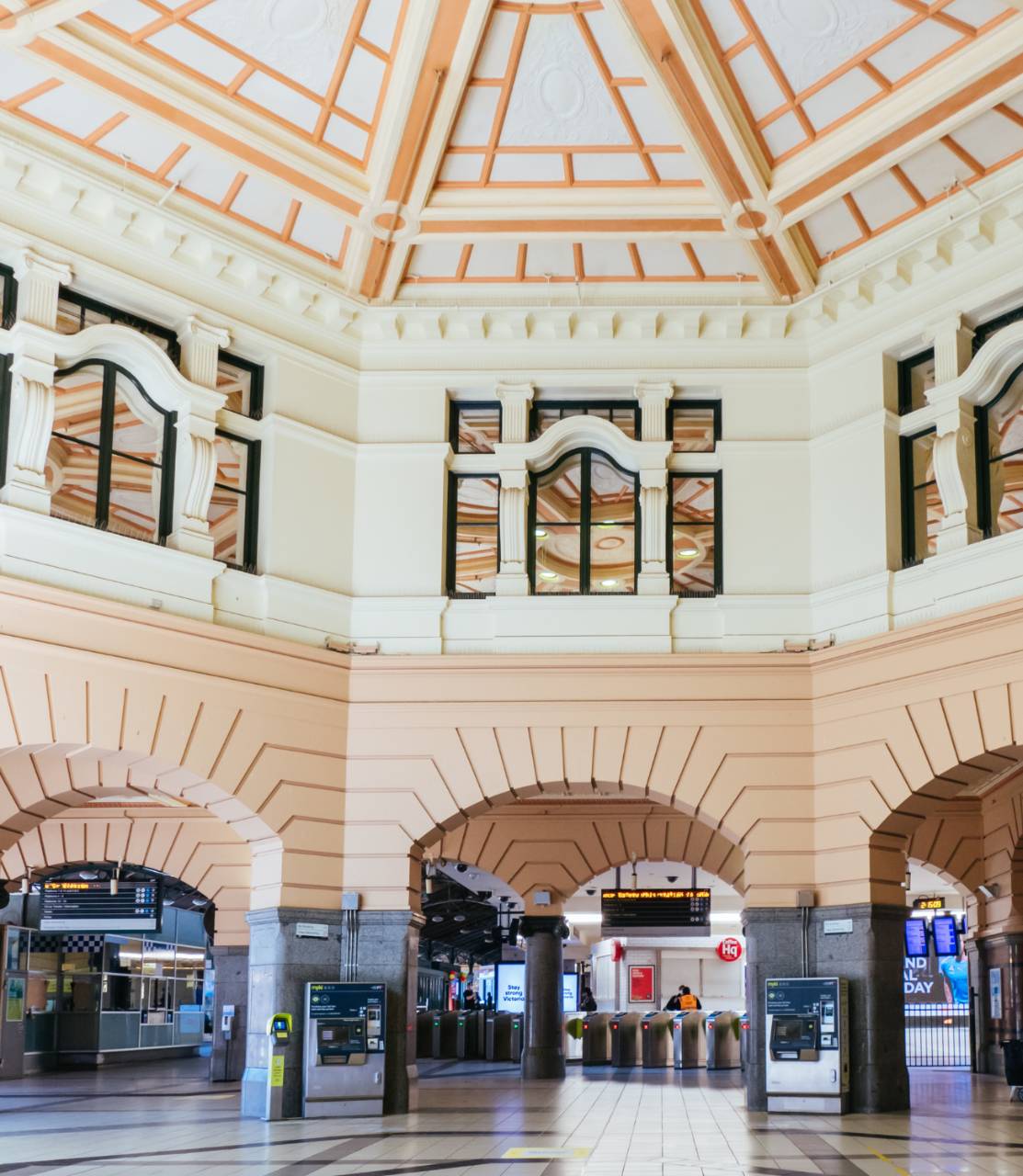 Unusually quiet: the station during COVID-19 lockdown in August 2020 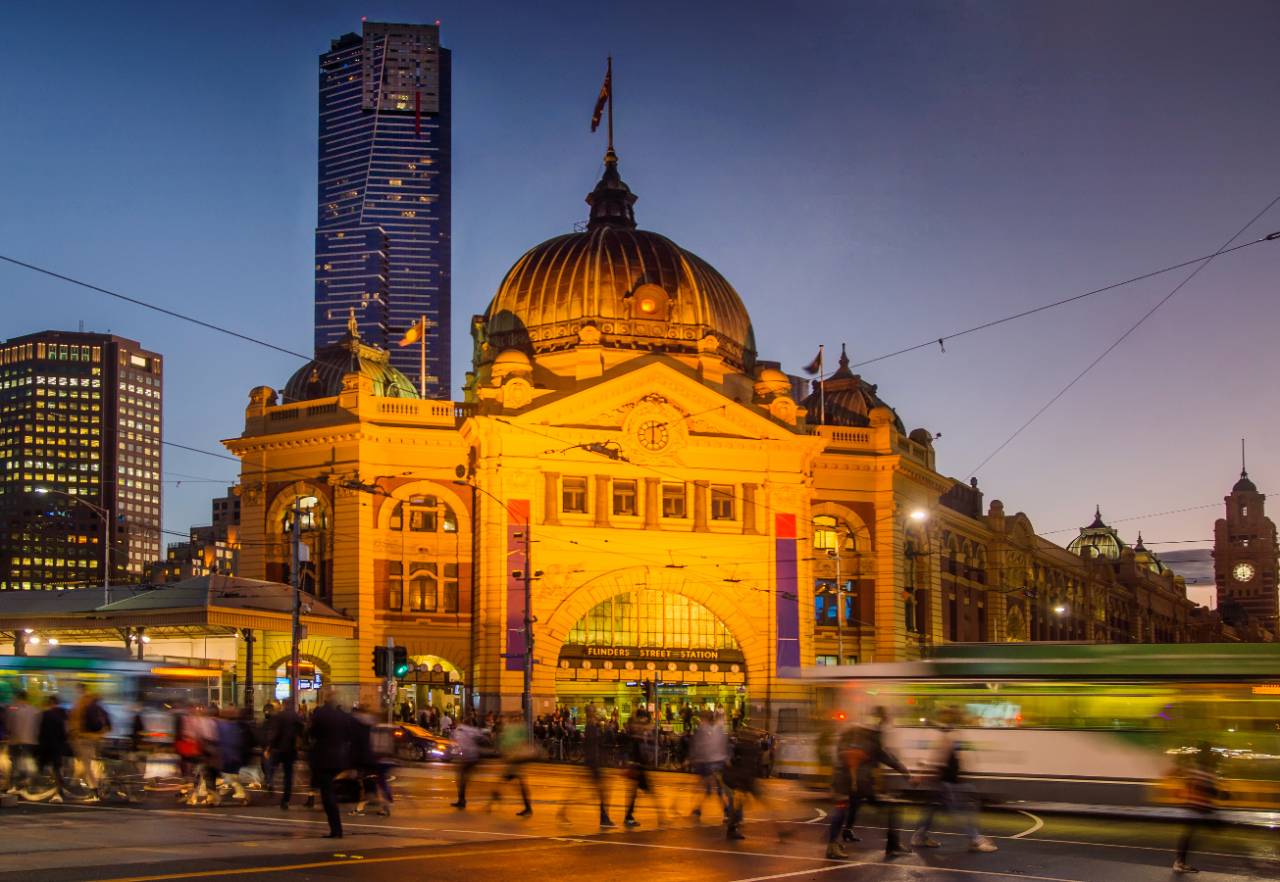 Flinders Street Station by the numbers