Skip to main content
Related Articles
What's a digital profile and what it reveals about you How to turn your passion into a career Goodbye nine to five, workers set to thrive

The workers are revolting… but in a good way

Technology is changing so much in our lives, and impacting the way we go about our work.

It’s a revolution that’s putting fun back into work, saving money and getting some surprising results in the process, say advocates. It’s called co-working - or sharing a workspace with other people in other jobs.

“The co-working industry is only about eight years old and it’s growing rapidly,” says Diana McLaren, Community Lead of Hub Australia, which runs shared offices in Sydney, Melbourne and Adelaide for up to 700 members.

“With the technology we have now, more companies are realising it is not only an option but it improves people’s work and lifestyle.”

And fast broadband available over the nbn™ network is playing a significant part in taking co-working to the next level, say managers. 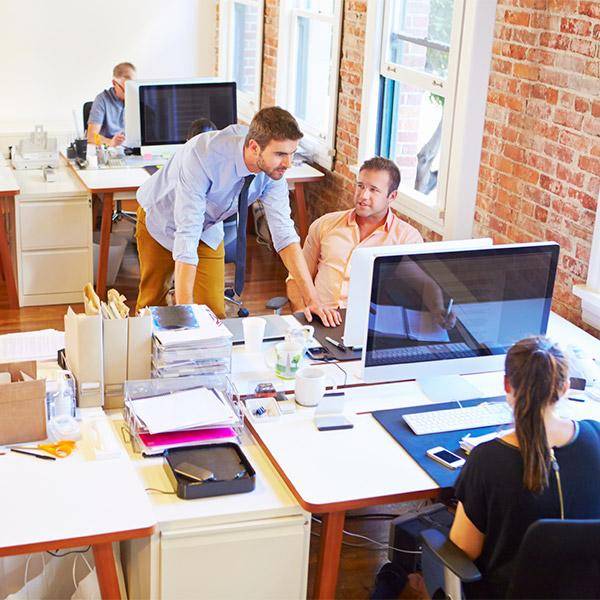 “We have a lot of meetings where people need to have reliable video conferencing to discuss topics or have mentoring sessions,” he says.

And Colin Wilks, business support manager of Professional Centre Park, which has 22 serviced offices which are rented by the hour, the day, or longer in Coffs Harbour, says nbn™ broadband makes “a significant difference without a shadow of a doubt”, as you need a broadband service that can handle a lot of connected devices.

These hubs give workers an alternative to just working at their normal place of work or from home.

“As a human being you need a home, you need a place to work and you also need your third place, a social place you can go to. The whole point of Hub Australia is that we are trying to combine that sense of Third Place, somewhere to go and work but which is also a community.”

She said the benefits were enormous as people made new networks, new friends, and got new ideas.

“It’s all about community and bringing back the social side to what we do when it comes to work.”

Diana McLaren said great attention was placed on atmosphere and encouraging individuals not just to get something out of work, but to give something. So they shared resources and technology to reduce costs, but they also built connections.

The social and education side of co-working operations are varied. Fishburners in Sydney, which has 196 members, runs regular talks, and Work Club, which has a limit of 100 members, has featured wine and brandy tasting sessions, as well as beauty tips.

Other examples of shared facilities are in the incubator centres for start-up businesses, such as University of Wollongong’s iAccelerate, or Geraldton’s Pollinators in Western Australia, or Slingshot, where collaboration is augmented with mentorship.

Diane McLaren says big companies were seeing the benefits of sending some of their workers to hubs.

“They find their people work better here,” she said. 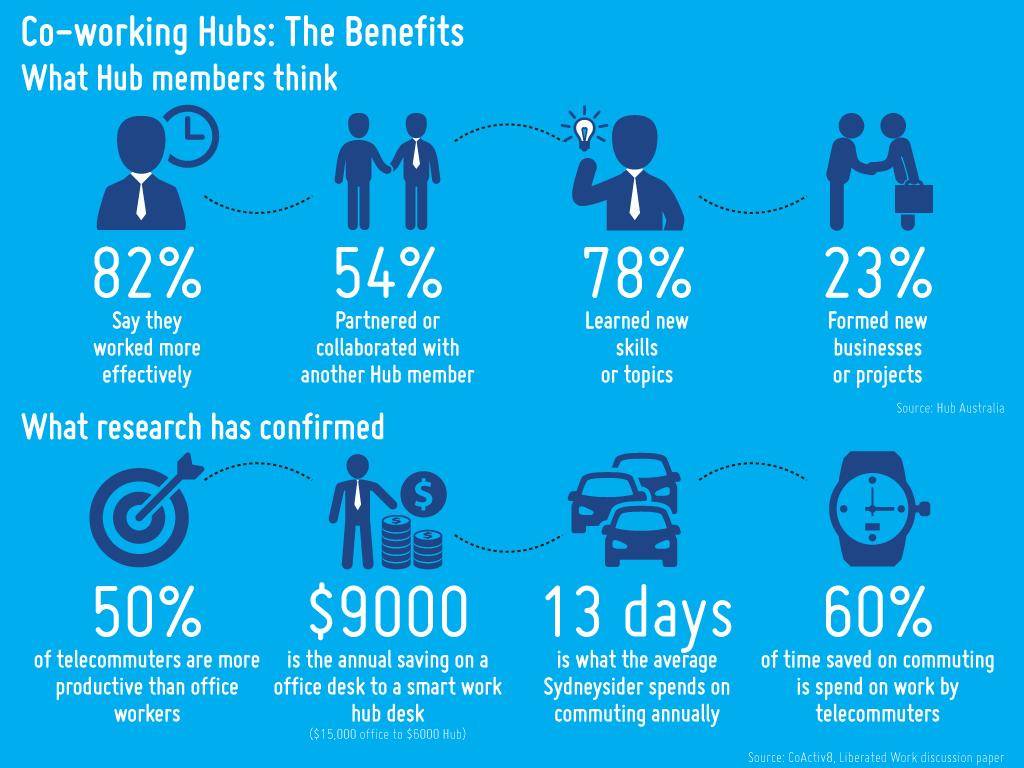 Check your address to find out when the nbn™ network is available at your home or business.