Business of connectivity: The Gong set to boom

When George Bass and Matthew Flinders first set foot in the Wollongong region back in 1796, there’s no way they could have predicted the fast broadband future residents would enjoy more than 200 years later.

Since the first European settlement was established in Wollongong by Charles Throsby in 1815, the region’s population has boomed to 204,000. Just over 90 kilometres to the south of Sydney’s CBD, today, Wollongong is one of Australia’s largest cities.

With 86.3 per cent of the population in the workforce, 43.4 per cent of residents supporting children and a population growing at 1.2 per cent every year, it’s a region that’s ready for new business.

Commissioned by NBN Co, the Regional Australia Institute (RAI) has compiled the Wollongong Business Growth Opportunities report. This uses research from AlphaBeta’s first national economic and social study of the impact of the nbn™ broadband access network (also commissioned by NBN Co). The report highlights that the arrival of the nbn™ access network in Wollongong is expected to drive innovation in the region. 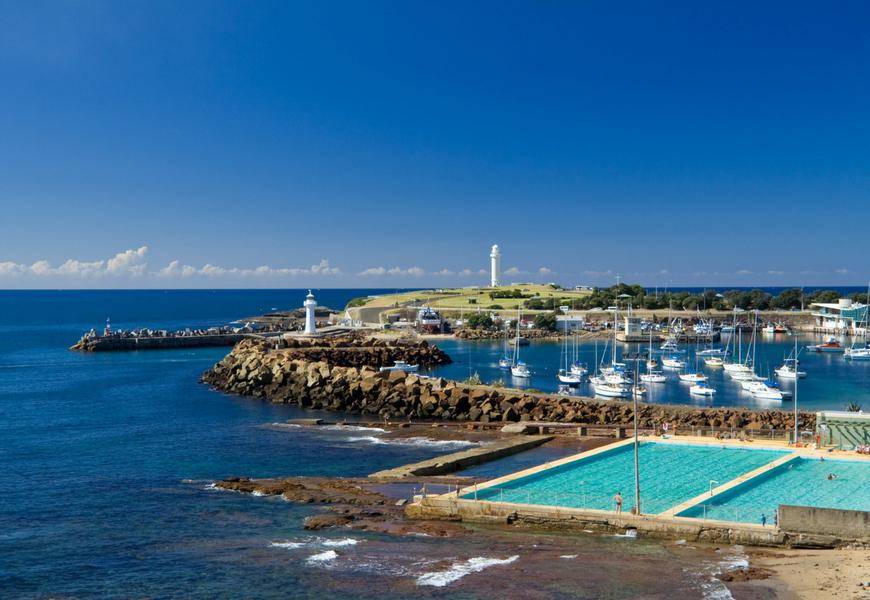 Not only are new businesses expected to spring up with help from access to services over the nbn™ access network, according to RAI’s report, up to 7620 additional digital jobs are expected for Wollongong and its surrounding towns by 2021.

Ranked third out of 95 local government areas in New South Wales for innovation, Wollongong already enjoys a high concentration of professionals (23 per cent of the total workforce), and 5.2 per cent in knowledge-intensive business services (higher than regional NSW, which is at 4.4 per cent). This suggests the region is well placed to leverage digital technologies to start new businesses, open market opportunities and reduce reliance on traditional industries.

RAI’s Chief Executive Officer Jack Archer says, “While Wollongong has undergone a significant economic transition as a result of the heavy industry downturn, the region is counteracting this with its focus on knowledge-based industries, information and communication technology, and advanced manufacturing.

“These industries relying on digital capabilities, such as large data transfer and videoconferencing, will be able to leverage fast broadband to help them grow and become more competitive beyond the region. Having the necessary infrastructure in place can help the region to retain and attract new businesses, which will be key to Wollongong’s future growth.”

Tapping into a fast broadband future

Wollongong claims some of Australia’s most stunning coastline as its backyard, attracting visitors from all over the country and the world as the gateway to the South Coast. Despite its natural beauty, however, Wollongong’s history is dominated by industry.

The large natural harbour and the discovery of coal in the nearby Mount Kembla region saw a robust railway and shipping network in place by the late 1800s. This combination attracted a lot of heavy industry, and that working-class society has carried through to the current day. On the back of access to the nbn™ access network, the shift away from these traditional industries couldn’t be timelier.

While the RAI report notes Wollongong currently has a lower-than-average number of owner-managers at 12.1 per cent (the regional NSW average is 15.9 per cent), increased entrepreneurship can broaden and strengthen its business ecosystem.

"High-quality, high-speed broadband is essential to business, particularly to data-hungry businesses, which are growing in Wollongong. It also allows for more flexibility in the workforce, and how they live and work with the option to split commuting to a big city like Sydney and work some time at their home in regional Australia."

Business owners in Wollongong are being encouraged to upskill to learn about new ways to connect with customers and to promote their products and services internationally.

There’s also an opportunity to consider global expansion. With 46 per cent of Australian small to medium businesses looking to work with overseas markets within the next year, access to fast broadband can help make these dreams become reality.

General Manager of Wollongong City Council David Farmer is under no illusions how important access to the nbn™ access network is to the region.

“High-quality, high-speed broadband is essential to business, particularly to data-hungry businesses, which are growing in Wollongong. It also allows for more flexibility in the workforce, and how they live and work with the option to split commuting to a big city like Sydney and work some time at their home in regional Australia. In this way, fast broadband impacts the whole economy as well as the lifestyle of these regionally based knowledge workers.”

Connecting with the future

It’s not just business owners who are expected to benefit from access to services over the nbn™ access network.

According to the RAI report, the number of jobs in the area with a high vulnerability to automation sits at 27.2 per cent, close to the NSW regional average (27.5 per cent). With more than one quarter of the population at risk, education is a key element of workers learning new skills to adapt to change.

Meanwhile, a significant number of young adults are seeking education opportunities through the University of Wollongong, requiring reliable high-speed broadband for both the campus and personal study. According to the report, university qualifications in Wollongong sits at 16.4 per cent compared to 11.8 per cent in regional NSW. 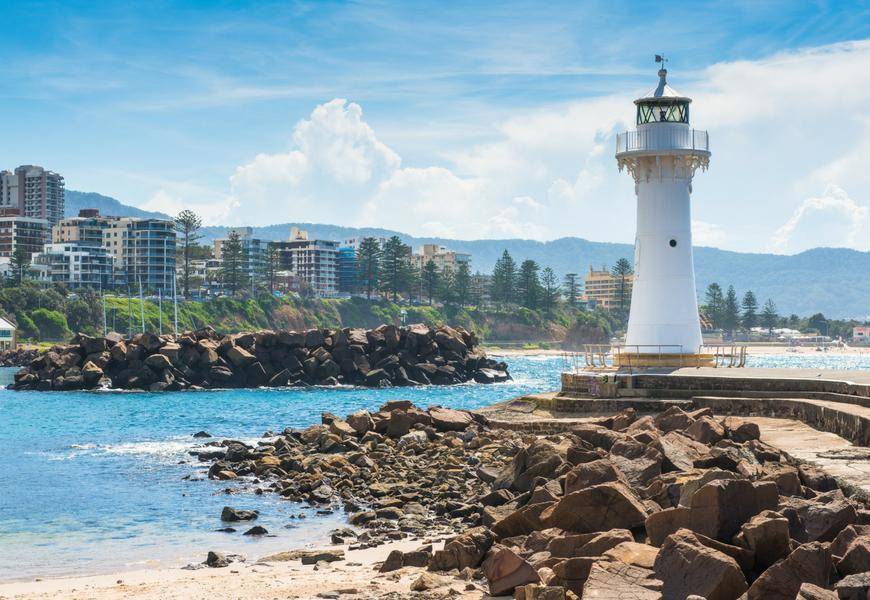 Amber Dornbusch – NBN Co’s Head of nbn™ local for NSW, ACT – sees a bright future ahead for the people of ‘The Gong’.

“With the rollout of the nbn™ access network almost complete in Wollongong, the area is in a strong position to take advantage of a fully connected workforce to help drive growth and reach new markets.”

“These new businesses in Wollongong are expected to join a projection of up to 24,850 additional businesses created across New South Wales by 2021 as a result of the nbn™ access network. It’s encouraging to see early signs of growth as a result of connectivity, with local businesses taking advantage of access to fast broadband to expand their market and increase productivity.”

To make the most of the opportunities provided by connectivity in Wollongong, RAI recommends following these three key steps for local businesses.

The first is to get connected and tap into applications, like videoconferencing and cloud computing, to connect with new markets and compete globally.

Next is to build up relevant technological knowledge, then upskill the workforce needed to fuel business innovation. This includes new services and products, efficiency gains as well as new ways to connect with new and existing customers.

Last but not least is to apply the capabilities of digital technologies. This should enable workers to boost their existing business performance and should also lead to an increase in the number of new ones.