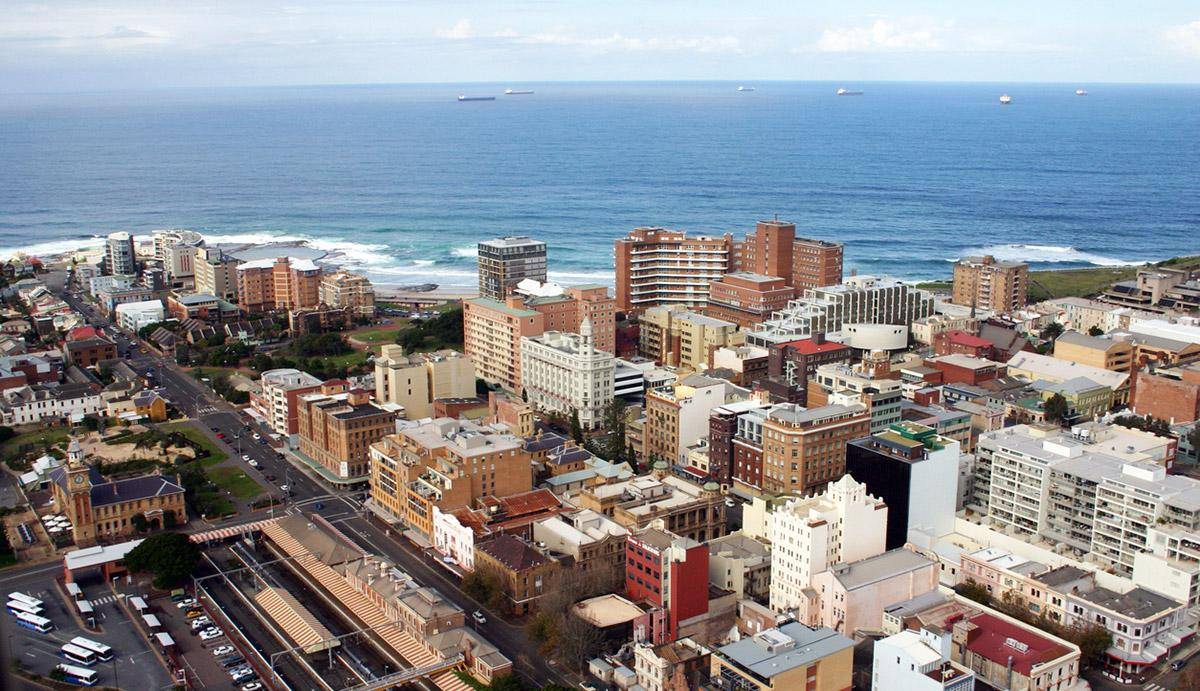 In 2017, KPMG Demographer, who was commissioned by NBN Co, Bernard Salt, hit the road to discover the emerging economies that are changing Australia’s national and regional fortunes. During his travels, he noticed first-hand how technology is helping to change the way we live and work.

High on Mr Salt’s list of economic success stories is the New South Wales coastal city of Newcastle. Not too long ago, Newcastle was a community with high unemployment. Thanks largely to connectivity and a service-based economy, it is now an entrepreneurial hotspot. And it’s attracting a growing number of Sydneysiders.

“Access to fast broadband is crucial for every aspect of our business. From client video conferencing to administration tasks, the nbn™ access network enables us to provide services across Australia without having to leave Newcastle.”

Newcastle then and now

In his Newcastle Lifestylepreneur Report, commissioned by NBN Co, Mr Salt notes that “If ever there was an Australian city that epitomised the concept of urban transformation, it is Newcastle”.

Founded over 200 years ago, Newcastle’s original source of wealth was coal mining. As it grew, the city became a hub for shipping, steel making and manufacturing on a grand scale.

However, Newcastle was hit hard by the economic downturn of the early 1990s. And then, in 1999, Mr Salt witnessed first-hand the announcement that the BHP steel plant was to close. At the time, unemployment in urban Newcastle was close to 12 per cent and there was genuine concern for the city’s future.

But, according to Mr Salt, “Not one of the concerns came to pass. Newcastle today is a cleaner, greener and arguably more vibrant city than it was during its steel days.”

The city now has an unemployment rate of about 5.7 per cent, which is roughly in line with the national average. And Australia’s seventh largest city now stands out as a legitimate lifestyle location for jaded Sydneysiders looking for a more relaxed, less expensive place to live.

The business landscape in Newcastle 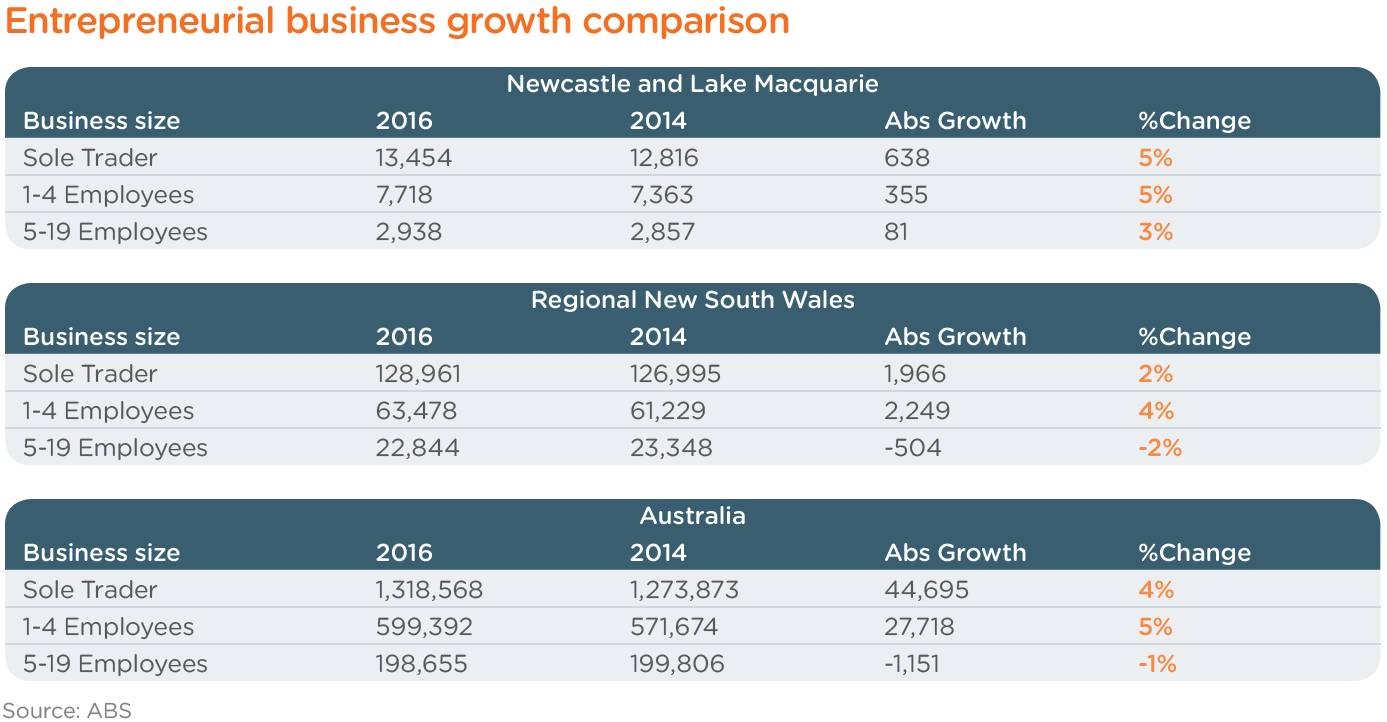 How has this happened? According to Mr Salt, it is because of an entrepreneurial energy that has arisen from the ashes of Newcastle’s blue collar history.

During this two-year period, the number of sole traders increased by five per cent, outpacing the rest of Australia, which only saw a four per cent increase in sole traders.

In the category of micro-businesses, Newcastle saw five per cent growth between 2014 and 2016. Small businesses increased by three per cent in the seaside city, while the rest of the country saw an overall drop in these types of ventures.

All kinds of new businesses are flourishing in Newcastle. The number of people working in professional services, construction, health and retail trade are all on the rise.

Accommodation, trade businesses and food establishments are also increasing their numbers of business owners and workers.

As Bernard Salt points out, for every job that has been lost in contracting job sectors, at least 11 positions have been added in expanding sectors. “That’s a good ratio and it shows the resilience and agility of the Newcastle community and workforce,” he says. 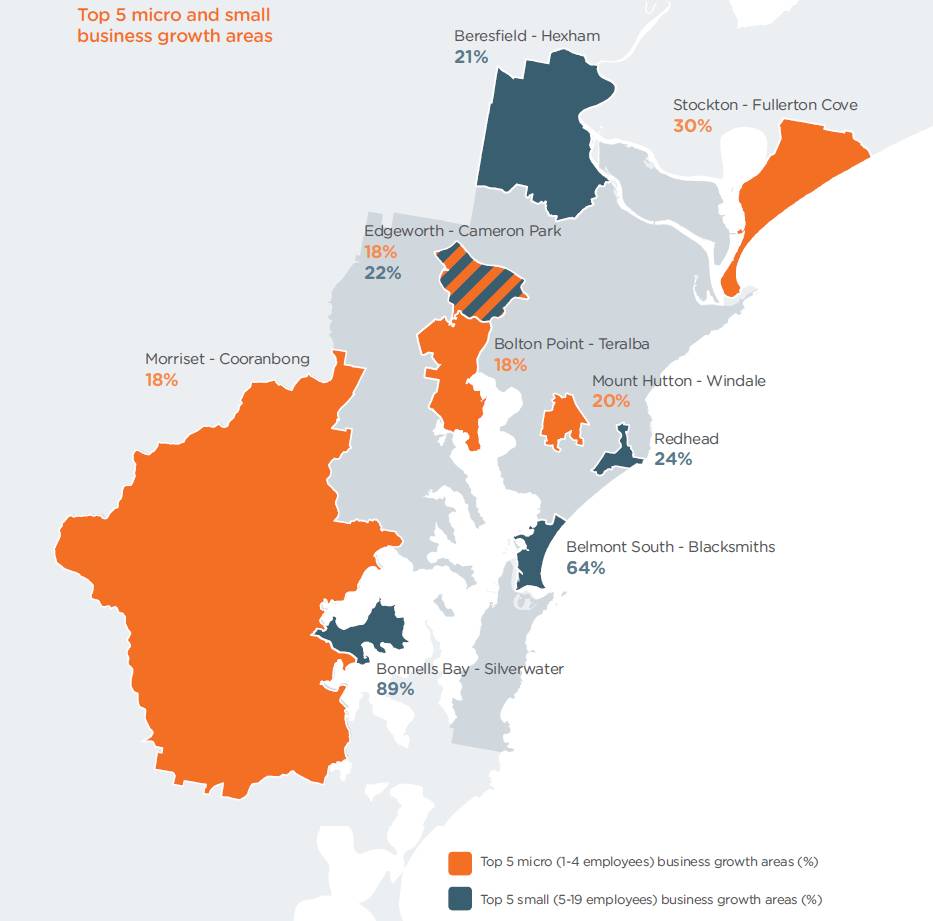 Many Newcastle-dwellers are former Sydney-siders who are fed up with the pace and price of the NSW capital. While these people wanted to quit the big smoke, they didn’t leave behind their ambitions.

Moving to (or living in) Newcastle provides the opportunity to have the second ‘Great Australian Dream’: a laid-back lifestyle with the benefits of paid employment.

This has led to the rise of the Newcastle Lifestylepreneur, a worker who runs their own show while enjoying work / life balance. Many of these people are former contractors to large industry, while others are semi-retired or looking to escape corporate life.

During his travels around Australia, Bernard Salt found that running a successful small or micro business hinges on good digital access. Everything from invoicing to marketing to managing staff and banking relies on a quality broadband connection.

For Newcastle, Mr Salt suggests that increased connectivity such as via the nbn™ broadband access network is a part of the recovery and reinvention of this modern, entrepreneurial city.

Business owner Andrew Mears couldn’t agree more. As CEO and Founder of solar software business SwitchDin, Mr Mears says that “Access to fast broadband is crucial for every aspect of our business. From client video conferencing to administration tasks, the nbn™ access network enables us to provide services across Australia without having to leave Newcastle.”

For Mr Mears and thousands of other business owners, living and working in Newcastle makes perfect sense. It has the benefits of a beachside lifestyle, a vibrant start-up community and access to technology without the cost of living in Sydney.

Forget Silicon Valley, Australia has a Silicon Beach – Cairns is evolving from a holiday destination to a small business hotspot.