Brunswick tech firms ramp up for the future

Brunswick, the inner city suburb of Melbourne, is no stranger to radical change.

Its historic streets, which now feature hip cafes and post-war Greek migrants who grow tomatoes in their gardens, were once a stop-off point for gold diggers on their way to the fields in the 1850s.

Then, after the Second World War, southern European refugees flocked in to work in the textile factories and brickworks.

But today Brunswick is a magnet for new-media entrepreneurs.

Several studios have sprung up along Victoria Street offering office space and high-speed internet access over the NBN. In one such studio - a converted 1950s red brick hat factory – Sam Dawe and half a dozen other like-minded creative souls are the vanguard of a technical revolution.

Dawe is a self-confessed tech-head. 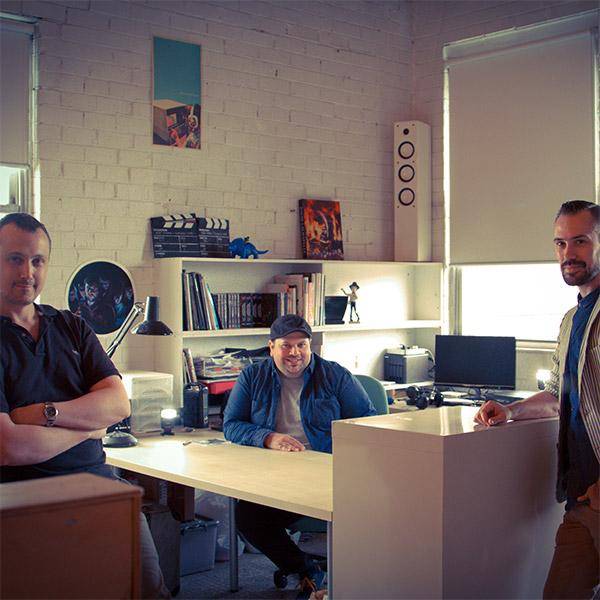 When he opened his mailbox in January 2011 he couldn’t believe his luck that one of the world’s most advanced internet connections would be trialled in his neighbourhood.

“I suspect NBN Co (the National Broadband Network Company) chose Brunswick as a test case because it has all the worse case scenarios,” he said. “The copper wires here are more than a hundred years old.

Not any more. Since a pocket of Brunswick was connected to the NBN in August 2012, residents and businesses receiving services over the NBN are experiencing fast upload and download speeds.

“Prior to the connection, it would take up to 10 months to transfer a terabyte of data into the cloud using ADSL. Now we can do it in three days,”* Sam said.

According to AKAMAI’s state of the internet report 2014 – Australia ranks around 44 in the world for average connection speeds. But once the NBN is rolled out across the country, Australia is poised to move towards the top, along with South Korea, Hong Kong, Japan and Singapore.

Dawe says internet speed will revolutionise the creative sector in Australia. He sympathises with companies offering the same on-ramping service paying for a private fibre optic cable to their premises while Glownetworks pays $130 a month to their chosen service provider – which gives them a terabyte per month allowance.

“The NBN is democratising bandwidth,” Sam claims. “Without it we couldn’t offer our customers these services at a reasonable price; it wouldn’t stack up.”

For Glownetworks, another advantage of using services over the NBN is thestability they have experienced.*

“With [my previous service over] the copper infrastructure, the internet would sometimes drop out 5 to 6 times a day while we were running a video conference. It would drive you crazy. From day one the NBN [infrastructure] has been rock solid.

While he has become accustomed to the speed and reliability of his service over the NBN over the past year, it still surprises others in his studio.

Anthony Guardabascio, a graphic designer, who also rents studio space in the converted hat factory, remembers the Eureka moment when he first sent a 200 megabyte file of artwork to the printer.

“I watched it upload and thought wow…no way… that’s so fast! I recorded it on my phone and sent it to my friends. I couldn’t believe it,” he said.

Guardabascio, who pays $20 a month for a shared service over the NBN, designs logos, and branding and packaging for a range of clients. He says the NBN has changed his production process.

“Instead of sitting around waiting for an hour to upload my work to clients I can send 12 megabyte files in seconds,”* he said. “I just feel sorry for those on the other end who’ll take forever to download it.”

But when he works with companies also on the NBN, he has a glimpse of the future.

Recently, an IT company asked him to design the interface for their software and requested the 40-page art board all in a one-gigabyte file.

“It would have taken days to download on [my previous] ADSL [service], but the client was on NBN too, so it took ten minutes. I’m now getting more requests [from them] for larger files with better quality.”

But not all of his friends are as enthusiastic about the national broadband as he is. Many of his mates are tradesmen who don’t spend much time online. They argue the billions spent building the NBN could be better spent on hospitals or schools.

“A lot of them don’t see the value. But I can now see the bigger picture. Quicker internet speeds are going to create jobs, and not just in the media, peer to peer, skyping and consulting – it’s changing the way we live.”

Another tenant in the Victoria Street studio is video production director, Lachlan Tetlow-Stuart, who also needs to upload extremely large files. He says he still gets a buzz watching the speed of the upload bars.

“I’ve never experienced internet speeds this fast anywhere else in the world.

When we collaborate on projects with clients in Europe, the bottleneck is now at the other end,”* he said.

“We have a disparate population in a remote country. Faster internet speeds give us the ability to be part of world conversation. Australia’s mineral resources are finite – but people’s skills and the internet will live on well beyond mining boom.”

Having become something of an NBN evangelist, Sam Dawe says just as most Australians today expect to turn on a tap and see water come out, we should expect our internet services to also be that reliable.*

* NBN Co is very happy with these individuals’ experiences with the NBN. Of course, end user experiences may vary. Your experience including the speeds actually achieved over the NBN depends on the technology over which services are delivered to your premises and some factors outside our control like your equipment quality, software, broadband plans and how your service provider designs its network.