By: Stephen Rue | The nbn™ project | Published on 17 October 2019
Share on Twitter Share on Facebook Share on LinkedIn
The nbn™ broadband access network is much more than just a government-funded infrastructure project – it’s a project that is lifting Australia’s digital capability by fundamentally changing the way we learn, do business and connect with each other.

From coast to coast, we’ve rolled out the nbn™ access network to more than 10 million homes and businesses, we’ve launched satellites into orbit, hauled fibre through the nation’s busiest city centres, we’ve bored under rivers and laid submarine cables to connect islands – all to bring better broadband services and competition to Australian homes and businesses.

Today, there are more than six million customers signed up to the nbn™ access network and, even though we are in our last year of construction, we continue to pass more than 40,000 homes and businesses with our network every week.

In less than nine months, by the end of June 2020, the major construction component of the nbn™ access network will be complete, on time and on budget.

But, as a nation-building project, our reason for existence is much more than just to deliver broadband to homes.

This important project is also about enrichening Australia’s social and economic fabric by boosting retail competition, improving telco services in the bush, and fundamentally changing the way Australians live and work by offering universal broadband access across the continent.

"This important project is also about enrichening Australia’s social and economic fabric by boosting retail competition, improving telco services in the bush, and fundamentally changing the way Australians live and work by offering universal broadband access across the continent."

It goes without saying that the download and upload speeds delivered to homes and businesses via broadband networks are vitally important.

But, in Australia, we face some unique challenges when it comes to gauging the real impact of the nbn™ access network on the nation’s average download speeds, especially when those impacts are measured solely by free online tests.

While these speed tests can yield accurate results individually, we as an industry face a serious problem when these speed tests are taken as gospel when measuring a nation’s broadband market, particularly when methodologies are fundamentally flawed.

The United Nations' International Telecommunication Union itself has noted there is no global, standardised way to assess consumers' broadband speeds.

And this is a problem because, by presenting results that may not be as robust as they can be, these tests can create false impressions of a nation’s speed, which in turn creates a disincentive for customers to sign up to new broadband networks.

As an example, in May this year, speed test website Ookla ranked Australia 59th in the world for fixed broadband speeds.

This ranking placed Australia behind known digital leaders, such as Singapore and South Korea, but more perplexingly this also placed us behind developing countries such as Romania, Thailand and Paraguay. 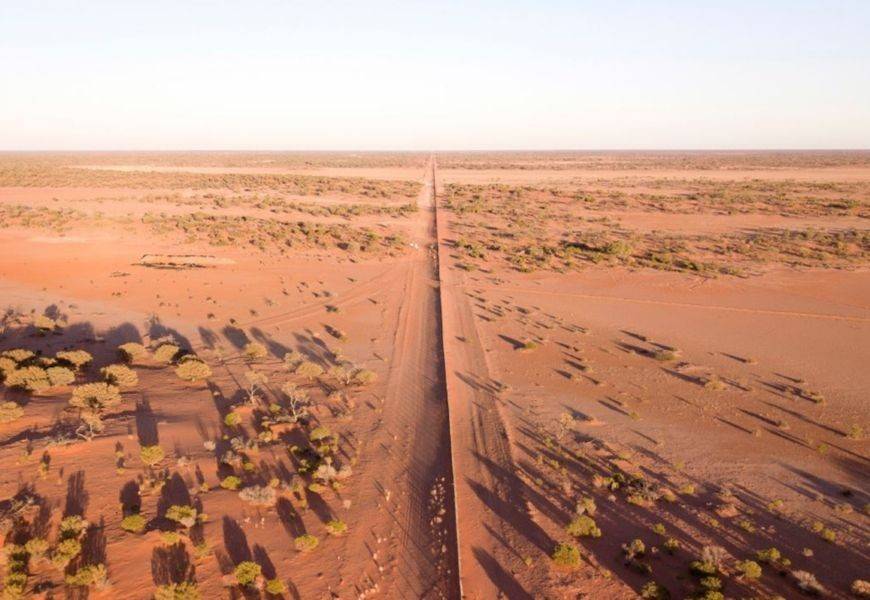 As we see it, there are three fundamental flaws with these current speed tests.

The first is that speed test samples are not representative of the general population, as they are often small, highly volatile and unreliable.

The second is speed tests do not represent a country’s average broadband speed as they do not account for households without fixed-line broadband.

And the third is speed tests do not account for population and geographic factors that affect the cost and complexity of providing high-speed broadband, as alluded to earlier.

This is an important point that is often overlooked when comparing speed rankings against other nations.

In 22 of the countries ranked higher than Australia in the Ookla speed test ranking, more than 30 per cent of households lack access to broadband.

Countries like Thailand, Panama and Paraguay are found to have average speeds higher than Australia in these tests but almost half of households in these countries do not have access to broadband.

"Speed tests do not represent a country’s average broadband speed as they do not account for households without fixed-line broadband."

So, for a more accurate reading of a nation’s broadband speed ranking, we turned to economics and analytics firm AlphaBeta, which has developed its own ranking system to account for availability, population and geography.

This model differs from online tests in two fundamental ways.

First, this model uses government-validated subscription speed data as well as data from the Organisation for Economic Co-operation and Development (OECD) to consistently represent broadband availability to all broadband users within each country, instead of accounting only for users of a particular speed test website.

And second, it accounts for the vast differences in broadband availability across countries.

By these measures, AlphaBeta found the average Australian broadband download speed has more than doubled over the last five years, as the nbn™ rollout picked up pace, from 16Mbps in 2014 to 37Mbps in 2019 – a 138 per cent increase in speed.

Taking these factors of speed and availability into account, Australia’s average broadband speed actually ranks 17th out of 37 major economies – which is ahead of comparable nations such as Germany, France and China, and a far cry from Ookla’s suggested world ranking of 59th.

Importantly, the research forecasts that Australia will continue to climb these ranks and, at the completion of the nbn™ rollout – when more than 50 per cent of our network will be capable of delivering gigabit speeds – Australia’s rank could rise to 13th among comparable countries.

Of course, for us to achieve a true measure of national broadband performance, it’s not enough to simply look at raw speeds. We must also look at how speeds are distributed across the population.

On this front, the nbn™ access network is also playing a crucial role.

By 2021, the nbn™ rollout is expected to move Australia from the bottom 10 OECD countries to the top 10 in terms of internet equality.

This will help ensure all Australians have fair, equitable access to the internet and the social and economic opportunities it enables.

This role that NBN Co plays in helping to uphold the nation’s social compact – that no matter where you live, you are entitled to the same services and access to the same opportunities as those living in capital cities – is a commitment we are proud of and we take it very seriously.

"Countries like Thailand, Panama and Paraguay are found to have average speeds higher than Australia in these tests but almost half of households in these countries do not have access to broadband."

Earlier this year, we commissioned AlphaBeta for another piece of research to compare retail pricing in real terms and found that in a study of almost 4600 broadband plans from 22 countries, Australia was the seventh most affordable market.

The report also found that, since 2000, Australia's cost of living has risen 63 per cent, while telecommunications prices fell six per cent.

This drop in the relative cost of telecommunication services over the last decade has also mirrored a period where usage of broadband has soared in Australia.

For example, in 2009, a typical broadband plan in Australia was capped at 45GB.

Today, the average customer using services over the nbn™ access network consumes more than 255GB of data in a month, which shows that, thanks to this network, fixed-line broadband services today cost significantly less — and deliver very substantially more — than 10 years ago.

"This role that NBN Co plays in helping to uphold the nation’s social compact – that no matter where you live, you are entitled to the same services and access to the same opportunities as those living in capital cities – is a commitment we are proud of and we take it very seriously."

Better access to affordable, high-speed broadband powers the benefits that the nbn™ access network can deliver to every individual, every business, every industry in Australia.

The Connecting Australia research we commissioned earlier this year demonstrates the impact that the nbn™ access network has already had by making huge social and economic differences to the lives of Australians.

The report – which was also conducted by AlphaBeta – found that, by the end of the rollout, the nbn™ access network is expected to be contributing more than $10 billion a year to the Australian economy.

We also know from this research that in nbn™-connected areas, the rate of growth in digital economy jobs is outpacing the national average by a factor of five, and that the number of self-employed women in these regions is growing at a rate 20 times faster than in non nbn™-connected areas.

Although we know too well the challenges of rolling out universal, high-speed connectivity to a nation, we also know the social and economic returns that it enables are worth it.

There, of course, remains much work we must do as we move towards completion of the build over the next year.

But while the build may soon come to a finish, our belief in the power of this network to make real economic and social change will not.

I believe that nations are at their best when economics are strong and society is fair. I’m proud to say that broadband networks like the nbn™ access network are playing a small but critical role in making that a reality.

Read the full report from AlphaBeta