By: Greg Thom | The nbn™ project | Published on 14 July 2022
Share on Twitter Share on Facebook Share on LinkedIn
3-minute read
Construction of a new solar farm in regional New South Wales will help nbn achieve its goal of 100 per cent renewable electricity use by December 2025.

nbn is committed to lifting the digital capability of Australia.

As the nation’s digital backbone continues to evolve, we are equally determined to do so in the most sustainable way possible.

Forming part of this strategy, nbn recently announced a commitment to 100 per cent renewable electricity purchases from December 2025.

This week, a major step was taken toward that commitment with construction of a new solar farm starting in regional New South Wales (NSW).

When operational, which is expected to be later this year, the 260-hectare site at West Wyalong – 370 kilometres west of Sydney – will generate enough electricity to power the equivalent of 27,000 Australian homes.

nbn is contracted to take approximately 80 Gigawatt hours (GWh) per year, or more than 50 per cent of the expected power generated by the solar farm.

Construction of the solar farm has been made possible by nbn’s first Renewable Power Purchase Agreement (PPA) – a long-term agreement that ties a specified amount of renewable electricity from a power generator to a participating consumer.

The 10-year PPA is the first in a series of renewable PPAs nbn plans to make as part of our commitment to buy renewable electricity.

Gavin Williams, Chief Development Officer, Regional and Remote at nbn, and Stephen Smith, General Manager Sustainability at nbn, joined the Honourable Michelle Rowland, Minister for Communications, at a ceremony to mark the beginning of construction, which is expected to create up to 150 local jobs and eventually be home to around 127,000 solar panels.

To help protect the environment, Gavin says nbn is committed to operating a sustainable, resilient and resource-efficient network and business that’s aligned with the latest climate science.

“That’s why I was so proud to be in West Wyalong with a shovel in hand, as we turned the first sod in construction of a project that will be a significant contributor to reducing our carbon footprint.” 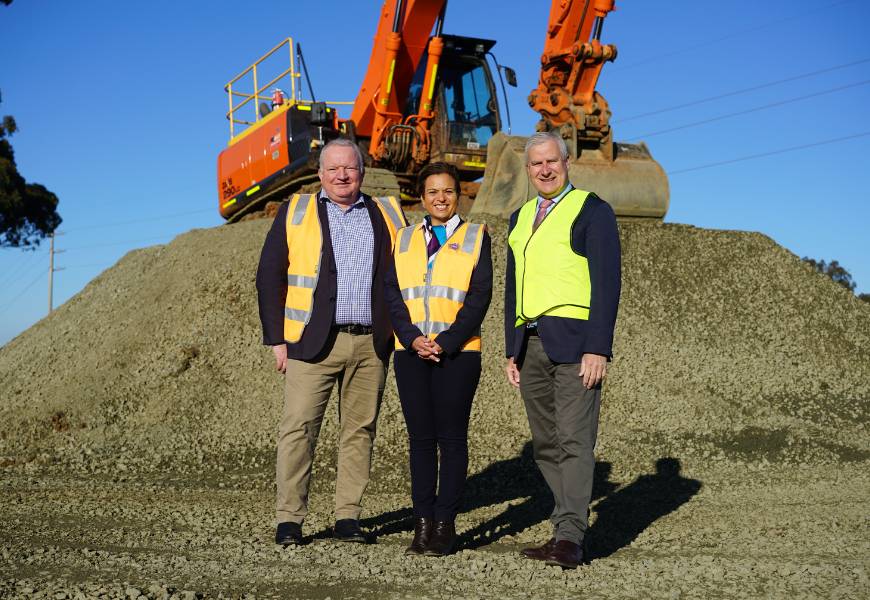 Gavin says, while nbn is already pursuing sustainable practices, such as reducing e-waste, the pledge to source 100 per cent renewable electricity by December 2025 is significant.

“It is particularly pleasing that we are moving from ambition to action and demonstrating through deeds as well as words, our commitment to reduce emissions and support the nation’s transition to a net-zero carbon economy.

“As we deliver on our company purpose to lift the digital capability of Australia, not only are we aligning with the latest climate science, we are playing a role in helping support climate technologies and the livelihoods of people working in new energy jobs.” 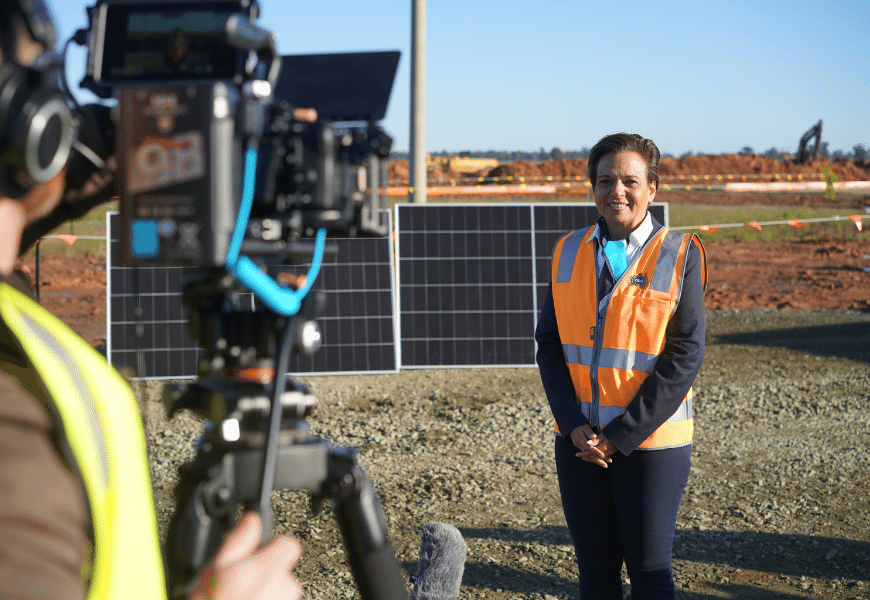 “I congratulate nbn on this important milestone as they move toward their commitment to 100 per cent renewable electricity purchases by December 2025.

“This initiative will not only support nbn with their climate transition, it will also support Australia’s transition to net-zero and create up to 150 jobs in the Griffith and West Wyalong community, stimulating the local economy.”

Stephen Smith reflected on the company’s Towards Zero Carbon Ambition announcement from December 2021, which included a commitment to buy 100 per cent renewable electricity by December 2025.

“nbn’s commitment to purchase 100 per cent renewables electricity is underpinned by its membership of the global RE100 renewable energy initiative, comprising 340 of the world’s largest businesses committed to the same goal,” says Stephen.

“We are very proud to say that nbn is both the first Australian telecommunications company and first Australian government business enterprise to join the global RE100 renewable energy initiative.” 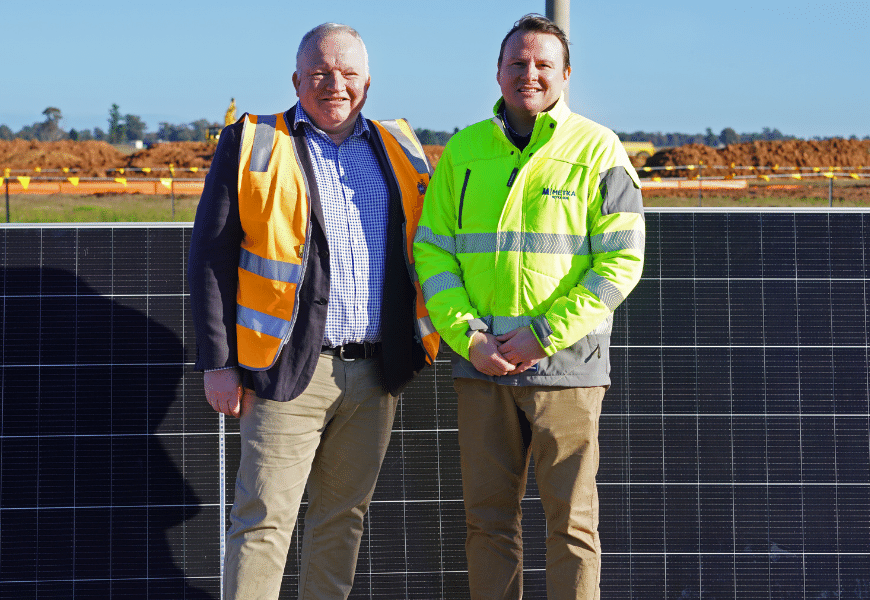 nbn is also part of a growing number of companies committed to setting science-based emissions reduction targets via the Science Based Targets initiative (SBTi), a global body enabling businesses to do so in line with the latest climate science.

“We know that embedding sustainability in all the company’s activities supports nbn’s purpose to lift the digital capability of Australia and enables long-term social, economic and environmental benefits for our people, customers, communities, partners, country and planet.”

Learn from the past, plan for the future – read more about nbn’s sustainability journey.