Plotting a course through the nbn revolution

So much of the focus around the nbn project has been around technology – but we are also right in the middle of an unprecedented industry transformation which is having a direct impact on end-user experience, nbn Chair Dr Ziggy Switkowski, AO, explained to CommsDay today. 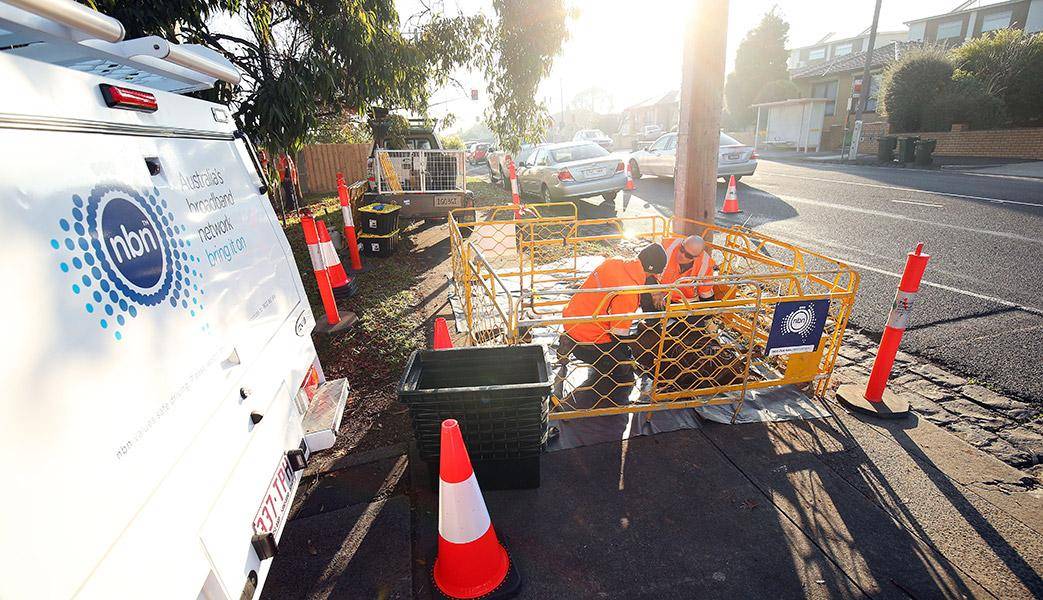 Australia is in the middle of a telecommunications revolution – never before has a nationwide infrastructure network, of any kind, been built in less than a decade.

It will touch almost every home and business in the country with a service people expect to be available 24 hours a day.

nbn Chair Dr Ziggy Switkowski explained that not only is the national broadband network being built faster than ever but, perhaps more importantly, end users are purchasing internet plans on the nbn™ broadband access network at an unprecedented rate.

On a combined basis in FY18 and FY19, some 4.5 million premises will be activated on the nbn™ access network. 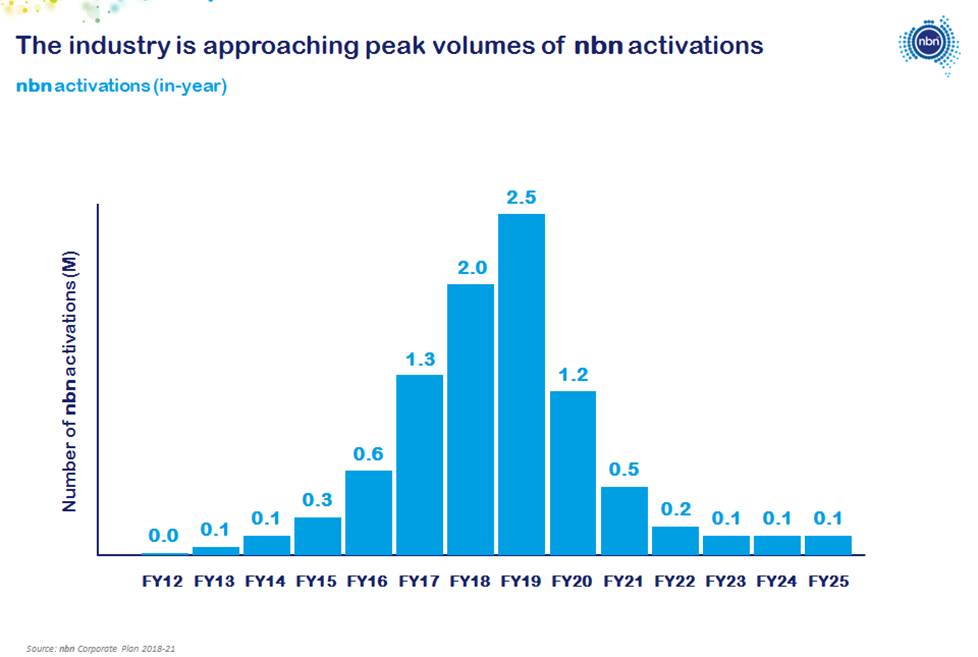 By comparison, the network added 1.1 million active premises between FY11 and FY16 – the incredible scale up certainly causing challenges for the industry.

For the next two years, the company’s focus will be to complete the network build, improve the customer experience during the activation process and work with industry to deliver a better experience for end users from purchase through to post-activation.

nbn will also work with the government, regulators and retailers to prepare for a post-build world in 2020 with the right regulatory and operational settings to take full advantage of our digital future.

In Australia, broadband penetration only really started to accelerate around 2004 – it wasn’t until 2013 that Australia hit 6 million broadband households.

So, if you think about it, no sooner did Australia have most people on broadband than we’re beginning an aggressive – and globally unprecedented mandatory migration to the nbn™ access network. 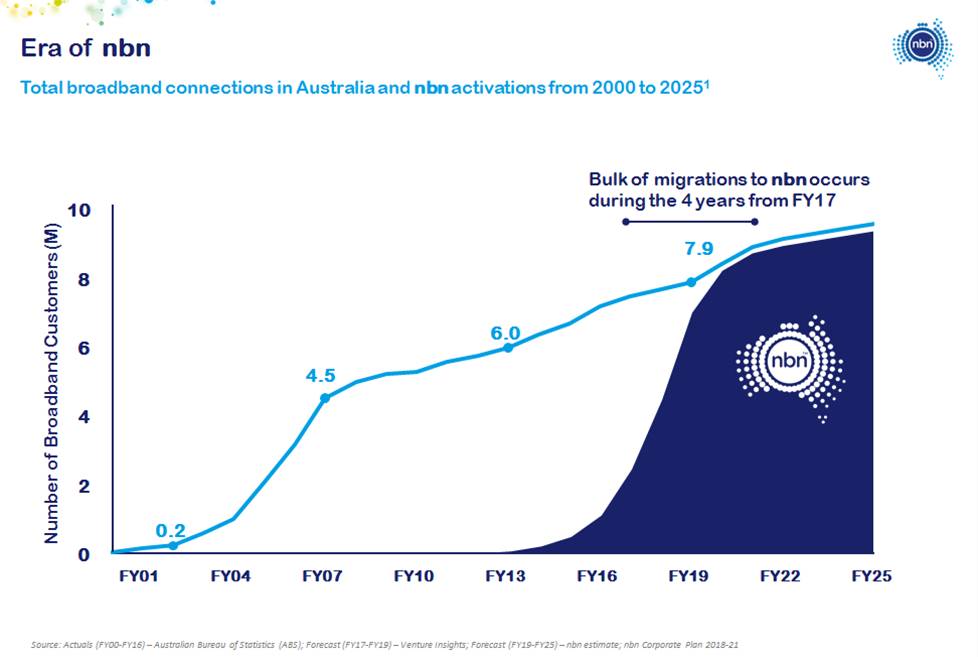 Dr Switkowski explained that, so far, nearly 3 million premises are activated of the 6.1 million that are ready to connect, and this will continue to escalate sharply over the coming years.

But it’s not just about end users switching from legacy networks to the nbn™ access network – end users can also choose between providers.

In the early days of broadband there were very low churn rates, competition was limited between providers and market offerings were broadly similar. That is certainly not the case now.

The delivery of the nbn™ access network is providing a once-in-a-generation churn opportunity for the internet providers to win market share, and that is what they are doing as the network is made available to more people.

It’s great news for consumers – who have 150+ retail providers to choose from, all offering varying deals for end users to switch – but challenging for nbn itself around managing expectations around the various level of services being delivered by retailers. 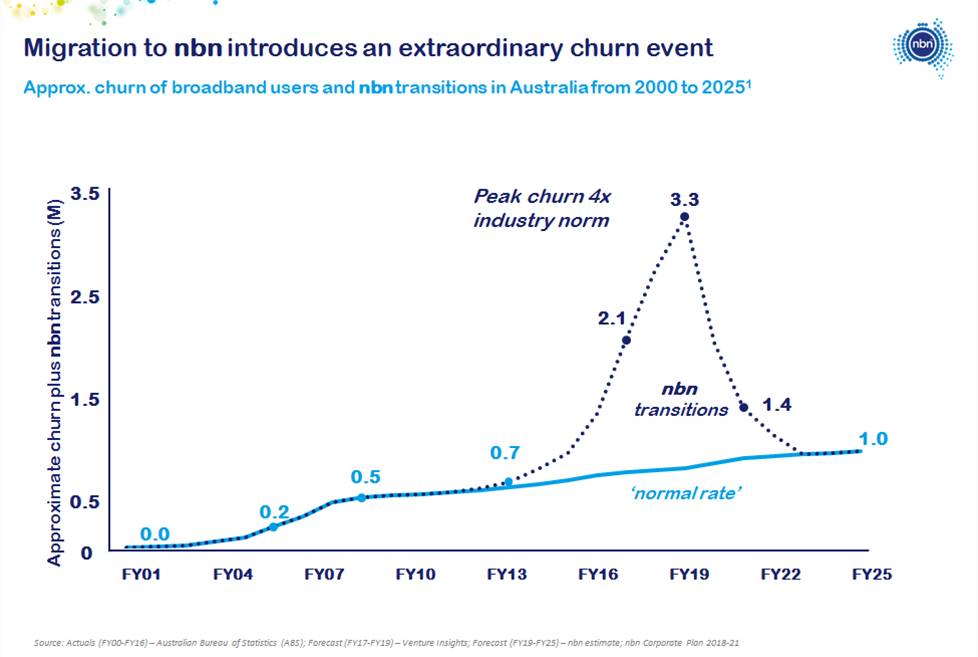 Dr Switkowski said that retailers are currently heavily focused on price because they can’t afford to lose market share when there are up to an average of 69,000 premises being made ready for service every week.

While larger operators, which are being driven by retail economics, are putting end users automatically onto plans based on the 12/1 or 25/5Mbps wholesale speed tiers*, we are also seeing the new market arrivals tend towards lower pricing to win market share.

What we end up with is an end-user base that were expecting a high-speed network as promised by the nbn brand, but end up with speeds broadly in line with what many were experiencing pre-nbn – some 84 per cent of end users are on plans based on the 12/1 or 25/5Mbps wholesale speed tiers – because of the ‘land grab’ nature of the market.

nbn is more than aware of the pricing dynamics taking place in the market and the impact it’s having both on end-user experience with the nbn™ access network and the public perception of the network.

Research tells nbn that there are plenty of people out there who are willing to pay more for their connection to the nbn™ access network in order to get a faster speed and better connection.

The reality of ARPU (Average Revenue Per User)

nbn has six years of operational experience behind it and three million activated end-user premises – so we have a very good idea of what the market is prepared to pay.

The industry cannot claim to have been unprepared for the economics of the nbn™ access network, Dr Switkowski said, and it has had a long time to prepare for this, so nobody can seriously expect to be able to sell services on a $49 billion network at the same or lower prices than they sold legacy services. 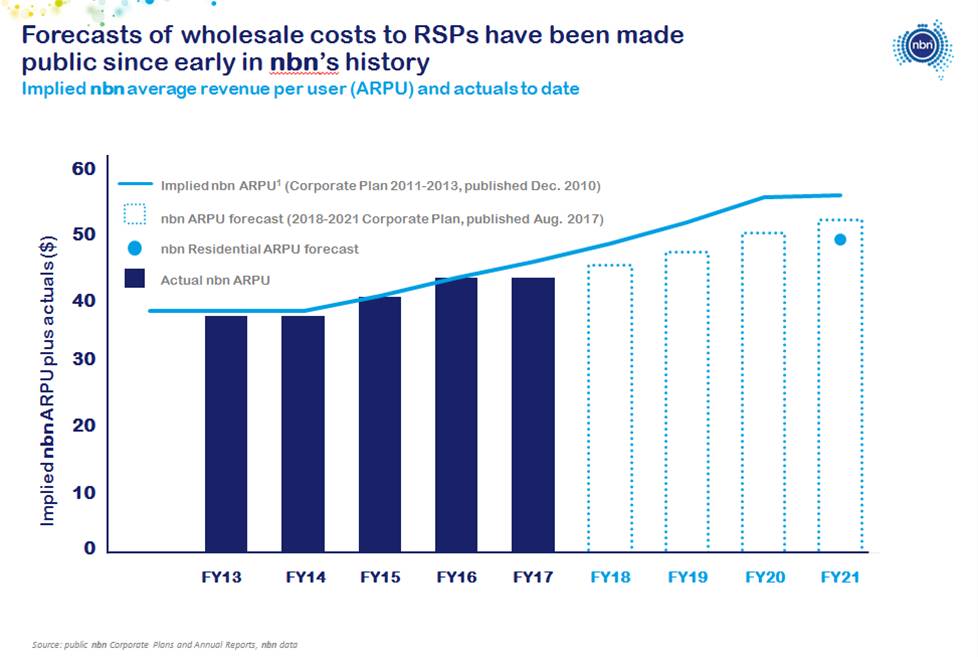 Even if nbn were to further significantly reduce its pricing – by whatever new model it might adopt – it would be in effect subsidising a 'race to the bottom' in terms of retail pricing during this so called ‘land grab’ phase.

In effect, another significant price cut would be transferring value from the Federal Government to RSPs and/or the end users of the nbn™ access network.

In conclusion, the transition to the nbn™ access network has happened too fast for the industry to adjust without pain. Transferring eight million premises in just five years has put the pressure on.

However, nbn anticipates a period from 2020 onwards when industry activity is likely to return to a more conventional state once the nbn transition through uncharted waters is complete.

*Your experience, including the speeds actually achieved over the nbn™ broadband access network, depends on the technology over which services are delivered to your premises and some factors outside our control (like your equipment quality, software, signal quality, broadband plans and how your service provider designs its network). nbn is a provider of wholesale speeds to internet providers. nbn™ wholesale speed tiers available to your internet provider vary depending on the access technology in your area.