Fibre-to-the-Building is a fixed line nbn™ network technology for Multiple-Dwelling Units. Here’s how it works.

In terms of fixed line connections, Fibre-to-the-Building (FTTB) is one of the four current technology types, alongside Fibre-to-the-Premises (FTTP), Fibre-to-the-Node (FTTN), and Hybrid Fibre Coaxial (HFC). Fibre-to-the-Curb (FTTC) has also recently been announced, and will shortly join the list.

Let’s break down how FTTB works. 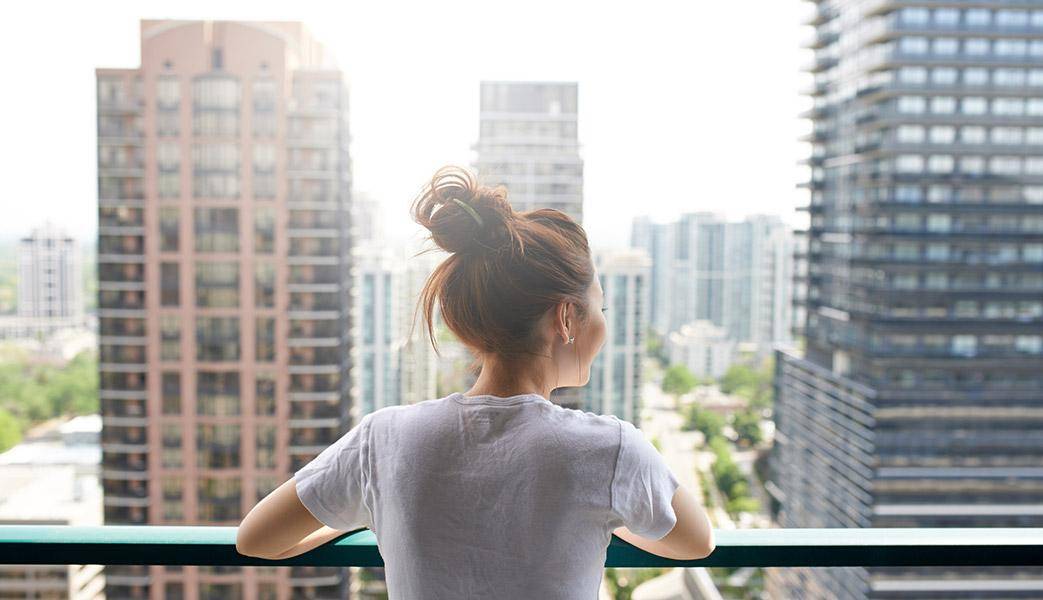 In the simplest terms, an FTTB connection is used when we are connecting a Multi-Dwelling Unit (MDU), such as an apartment block or building of similar type, to the nbn™ network.

A fibre optic line is run to the building’s communication room and terminates at an nbn-installed node. Then the existing communications cabling within the MDU is used to connect each individual apartment to the nbn™ network.

In this respect, FTTB may be thought of as similar to FTTN, where FTTN uses fibre optic connection to a secure street cabinet, then existing copper lines are used to reach individual end user premises.

However, in the case of FTTB, most of the distance covered by pre-existing copper lines is the vertical distance between the connected premises and the building’s communication room.

One important distinction here is that, in the case of FTTN connections, the copper lines are owned by nbn and are part of the network. In FTTB, the copper belongs to the building in question and is not owned or operated by nbn.

Why we went with FTTB

You might wonder why, if we’ve already run fibre all the way to a building, we wouldn’t go with FTTP. The answer is that nbn does not own the internal wiring of MDUs, so replacing all the pre-existing wiring within every MDU in Australia would be a massive, complicated and time-consuming task.

On the other hand, FTTN can be problematic in MDUs when vertical copper line distance has to be taken into consideration as well as horizontal distance. There’s also population density to consider. If there are enough people living in one building, it’s unlikely that sharing a node with their neighbours would be optimal.

Newer MDUs may have internal wiring that includes fibre optic cabling. In some cases, this could mean these apartment blocks can receive FTTP connections.

In these instances nbn would not have to expend the time and money replacing all of the internal wiring, as the fibre is already there. This is only as long as the fibre already in place is in line with nbn standards.

On top of this, the distance between a premises and its communication room where the FTTB fibre terminates is likely to be far, far shorter than the average distance between a house and an ADSL2+ exchange or DSLAM. This means the fibre runs much deeper into the system.

Certain VDSL2 connections could also benefit from a process called vectoring, which can be compared to noise-cancelling headphones.

It actively cancels the ‘crosstalk’ (signal interference) between the different lines in copper connections, which allows for faster speeds.

To summarise what we’ve covered so far: FTTB is faster to rollout and less expensive than FTTP because we do not have to replace all the wiring within MDUs; in the vast majority of cases it uses far less copper than ADSL2+; and it relies on a technology called VDSL2 (which may be vectored in certain cases), which is designed to be faster than ADSL2+ in general.

There are a number of upgrade paths nbn has the option to take with FTTB.

Another exciting potential result of G.fast is that it could offer Retail Service Providers (RSPs) the option of providing symmetrical download and upload speeds (e.g. wholesale 300Mbp/s download and upload) when it’s available in the future.

G.fast can also be deployed inside FTTB-connected MDUs simply by installing new equipment in the secure cabinet that nbn has already installed in the communications room, which means speed upgrades could occur without the need to enter end users’ homes.

End users would also likely need new modems to use G.fast, but it is unlikely that any additional work would have to be done inside the end user premises by an nbn professional.

It’s worth noting that XG.FAST, a future connection technology with possible multi-gigabit support (e.g. nbn lab trial speeds of up to 8Gbps over copper lines*), may be a potential future upgrade path for FTTB.

For now, though, G.fast is mostly likely the future for FTTB connections.

Like FTTN, FTTB is often relatively straightforward to install for end users from a hardware perspective.

A VDSL2-compatible modem (the same used for FTTN connections) is either supplied by an end user’s preferred RSP, or an end user is able to obtain their own. This modem is not supplied by nbn.

In the majority of cases, there is no requirement for an approved installer to install new hardware, such as mounting an NTD box to the inside or outside of a unit in a ready-for-service (RFS) MDU.

A visit may still be required to perform a line test, but this is usually a comparatively straight-forward process.