On-demand viewing goes over the top

Over one-third of all TV viewing has now moved online as viewers revel in the freedom and flexibility of Over-the-Top catch-up viewing.

New research from Swedish technology vendor Ericsson has revealed that over 33 per cent of all TV viewing is now taking place via Over-the-Top (OTT) broadband delivered Video-on-Demand (VOD) content rather than live broadcast channels.

Over-the-Top video is content that is delivered via the Internet by a content provider independent of any third party platform operator such as a telecom or pay TV network operator. The biggest example of that is Netflix.

The research surveyed 22,500 consumers aged between 16 and 69 from 20 markets across the world, and revealed just how extraordinarily quickly OTT content consumption is rising as consumers embrace its flexibility and convenience.

Indeed, 50 per cent of respondents said they watch OTT VOD content at least once a day - up from 30 per cent back in 2010.

OTT consumption was particularly strong amongst younger viewers, with 80 per cent of teenagers watching OTT daily compared to just 30 per cent of 60-69 year-olds doing so.

Although Ericsson did not interview Australian consumers in the survey there is little doubt that we are embracing OTT content with as much enthusiasm as anybody! 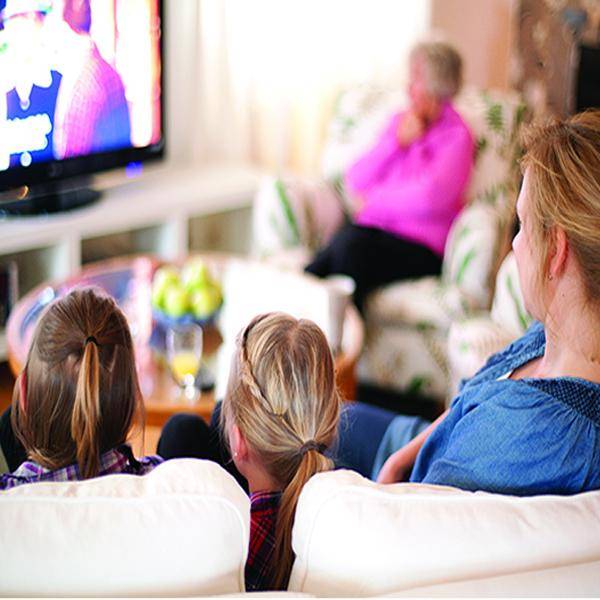 Since OTT services (particularly Netflix) entered the Australian market in force back in March, average monthly downloads using services over the nbn™ network have increased from just 73GB per end-user up to 106GB in August.

Average end-user downloads also increased by nearly 40 per cent in the year to end August.

The Ericsson research found that consumers are now spending six hours per week watching on-demand OTT content – double what they were watching four years ago – with 35 per cent of all viewing time now spent watching OTT content.

From an Australian point of view the deployment of the nbn™ network will play a key role in enabling Australians to watch new OTT delivered content by providing access to a stable, high quality broadband connection by utilising our fixed-line, fixed-wireless or satellite networks.*

Broadcast not over yet

Despite the OTT boom broadcast channels are certainly not dead yet – they remain very popular with older viewers – and broadcast channels still excel at delivering live content such as major sports events, something that broadband delivery has yet to master on a mass scale.

Respondents to the survey said that one of their major gripes with broadcast TV – with over 50 per cent expressing this concern – was that they often struggled to find something interesting to watch.

Survey respondents said that broadcast TV needed to do a far better job of creating personalised content recommendations – just like many OTT services delivered over broadband were already excelling at, one of the key factors – alongside price – in their success.

Ericsson says that traditional broadcasters need to rise to the challenges of the changing consumption habits of younger viewers, noting that only 60 per cent of teenagers watch broadcast TV on a daily basis compared to 82 per cent of 60-69 year-olds doing so.

“This is a clear indication that linear TV will have to continue to reinvent itself in order to remain relevant to the younger population,” the report says.


* Your experience including the speeds actually achieved over the nbn™ network depends on the technology over which services are delivered to your premises and some factors outside our control like your equipment quality, software, broadband plans and how your service provider designs its network.

Note: nbn and Ericsson Australia are partners in the delivery of fixed wireless and satellite ground services to families and businesses across regional and rural Australia. Click here for further information.