Skip to main content
Related Articles
The future of gaming: A (virtual) reality check How connected gaming is bringing together Aussie families Click to play! Board games to beat summer boredom

Video gaming is a growing multi-billion-dollar business and fast internet speeds are bringing more fans out to play socially in games centres like Guf.

“The jury’s still out,” says Mark Finn, a media and communications lecturer at Swinburne University of Technology, who has studied the social and cultural implications of video games.

There have been many studies into gaming and anti-social behaviour but they have been inconclusive and Finn is inclined to think that the violence argument has been overstated.

“One of the things I found in my research was that gaming communities are incredibly social. The stereotype that they are extremely isolated is not the case. They’re very social.” 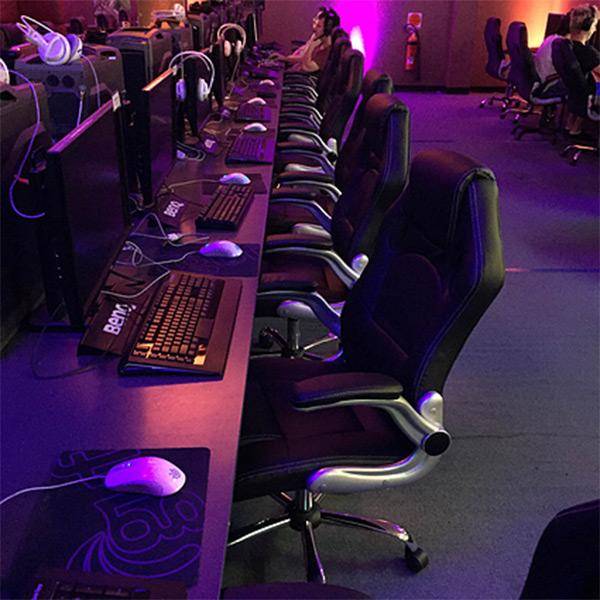 It’s a point Mark Carter, founder of six gaming centres called Guf, would strongly agree with, since his business is highly social and growing.

“We’re all about being a place to gather and socialise that doesn’t involve alcohol or drugs but does offer a challenge,” he says. “Lifelong friendships have been made and I think we’ve even had a couple of marriages.”

Sharing in the experience

Despite the research findings in Digital Australia 2014, the latest research from the Interactive Games and Entertainment Association, which showed that most households have gaming equipment, plenty of people like to get out and play in a centre like Guf, says Carter.

“We don’t do anything that you can’t do at home,” he says. “The idea is it’s a bit analogous to a cinema. You can watch your movies at home but it’s nice to get out and gather with friends and have a shared experience.”

“I’m a country boy,” says Carter, “and I had a tough time finding entertainment that didn’t involve alcohol and drugs when I was growing up. I wanted a way for young people to gather and be social in a positive setting.”

Guf provides banks of computers for devotees of games like CounterStrike and League of Legends, and tables for other games such as cards, chess, backgammon or the highly popular Eurogames like Carcassonne, Settlers of Catan, or Ticket to Ride, which involve strategy but, unlike Monopoly, only take an hour or so to play.

There is a big crossover between players of both types of game and typically they come into the store for an hour or so to play against others around the world, he says.

nbn™ is making a difference

The game changed for Guf players in Ballarat when the nbn™ network was rolled out two years ago.

“We have certainly seen a much better playing experience with the nbn,” says Carter. “It’s a lot easier to play these games because there are fewer drop outs, or graphic lag.*

“If you are playing with a bad internet connection there is a delay so that when you try to hit your opponent’s target it may not actually be there because it’s already moved and the data has not come through the internet quickly enough.

“In other words, what you are seeing on screen may not be the same as the other player.”

He says there has been a significant increase in players at the Ballarat store and the one in Launceston, which hooked up to the nbn™ network 18 months ago.

“And our costs are probably down about 40 per cent because we don’t need multiple ADSL lines any more. We are certainly looking to open up in those areas that have an nbn structure so customers can have a better playing experience.”