Skip to main content
Related Articles
Holiday gift guide: Tech trends in the giving season Six smart toys to watch out for these holidays 'Tis the season to be tech savvy

Nostalgia meets technology with updated versions of your favourite toys from yesteryear.

While being with friends and family is one of the most important aspects of the holidays, it is also a wonderful feeling to share a gift with a child and watch their face light up with joy.

Or perhaps the adults will be more excited!

A number of this year’s hottest toy picks are updated versions of old favourites. We’re willing to bet they didn’t make them like this in your day.

Furbies hit the scene in the late nineties, becoming a prized possession for kids.

The original version was able to speak and respond to its name. It would ‘chat’ to other Furbies and would never sleep, making noises all night long unless you took the batteries out.

Fast forward to 2016 and the new Furby looks very much the same at first glance, albeit with larger ears and with full colour LED eyes that are a lot more expressive.

Furby Connect has Bluetooth support and an antenna that doubles as a joystick and changes colour depending on how your little ‘pom-pom with a face’ is feeling.

Pair the new Furby with an app on your Apple or Android device and your child can wash it, feed it and even put it on the toilet.

Furby Connect likes to sing (child appropriate) pop songs and will even learn new ditties thanks to automatic updates.

These critters still enjoy seeing their Furby friends and will sing, dance and talk, talk, talk.

The best part (for parents anyway) is that new Furby comes with a sleeping mask that will make sure it doesn’t make a peep overnight. 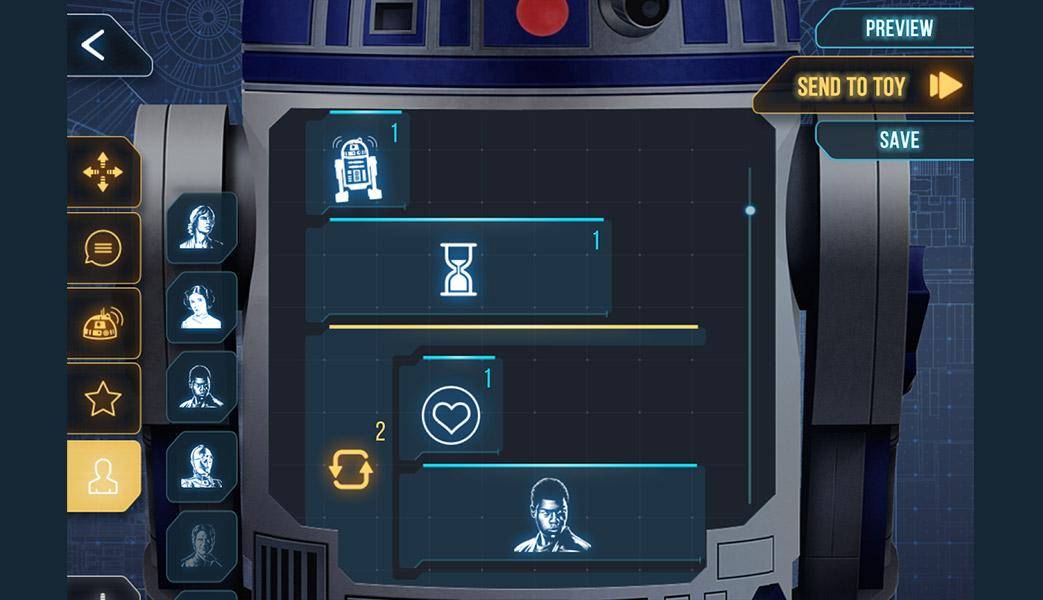 Fans of the original films will notice there has been a tech update to some of the old favourites as well.

The Star Wars R2-D2 App Enabled Interactive Robotic Droid connects wirelessly to an Android or iOS app and from there can be instructed to take off on exciting droid adventures.

R2-D2 makes all the bleeping noises you would expect from an interplanetary droid and you can also control the sounds he emits from the app.

He likes to dance and can be pre-programmed with missions that kids will have fun creating.

Cabbage Patch Kids have changed very little over the years, but Baby So Real has stepped up the game.

This model makes real life baby sounds, opens and closes its eyes and looks around. It has in-built sensors that make the doll react when it is fed, burped, tickled or rocked to sleep.

Baby So Real will even develop a ‘fever’ that can be treated with “a magical spoon”.

An accompanying app hosts a virtual nursery where you can interact with the doll, play games and watch video clips.

In the 80s, View Master was pretty much the closest thing many kids had to virtual reality (VR).

Despite being still-frames, there was something compelling about the 3D-ness of the images that meant almost every household had one.

It has upped the ante, creating a VR viewer that can take children almost anywhere, with the help of recent iPhone or Android smartphones.

You can go into space, plunge into the deepest depths of the sea or even walk with dinosaurs.

Focus the View Master at an information icon and you’ll get the details about what you are looking for.

Instead of looking to the future, Nintendo has cleverly shared a blast from the past.

Mini NES is a replica of the original Nintendo Entertainment System (NES) console in all its 80s glory.

The device is enabled for the 21st century and it able to connect to your TV via an HDMI cable.

Kids will love getting to know the 30 inbuilt games, which include original favourites such as PAC-MAN, Donkey Kong, Legend of Zelda and FINAL FANTASY.

The fact that this console is popular with two generations and contains hours of inbuilt entertainment means it is possibly going to be a struggle to get your hands on one in time for the holidays.

If your favourite toy is yet to go digital, don’t forget that many, many nostalgic treasures, including Mr Potato Head, My Little Pony, Barbie and the Transformers have child friendly games that can be downloaded as apps across devices.

There are even more amazing gadgets for kids out there these days. Check out these six smart toys if you're not quite ready for playtime to end.