After ten years in business, hard at work rolling out the nbn™ broadband access network, it’s safe to say Australians know why we exist.

And while they likely know about our purpose – to lift the digital capability of Australia and help bridge the digital divide – what may be lesser known is how, internally, we’re championing equal opportunity.

We’re also committed to ensuring the people behind Australia’s national broadband network, our 6500-strong workforce, can feel encouraged to contribute and reach their full potential.

In 2016, we identified five areas of focus for diversity and inclusion at NBN Co: Gender Equality, Culture, LGBTI Pride, First Peoples, and Accessibility.

Understanding the value of a truly inclusive workplace, we’ve publicly set corresponding and measurable goals in our commitment to a continuously evolving culture that seeks and celebrates diversity.

Chief among them is our focus on increasing the representation of women across our business.

As we work towards completion of the network build in 2020, our goal is for 33 per cent of leadership roles at NBN Co to be held by women.

Beyond this, our 2022 goal for executive teams is for a 40:40:20 gender ratio, where 40 per cent are female, 40 per cent male and 20 per cent either. These targets were set with the aim of achieving more balanced gender representation within NBN Co, while of course recognising that diversity extends beyond gender.

To help achieve this, we’ve adopted best-in-market policies, practices and culture, including zero tolerance for disrespect, as well as implementing procedures to attract, retain and develop talented women.

So how exactly are we working toward achieving these goals?

As an example, we recently identified an opportunity in Systems Engineering and Operations (SEO), a critical team that provides architecture, delivery, engineering, operation and security to customers.

With a low number of women in the team, we established a program – Project Evolve – as a special measure to help increase representation, support the progression of women into leadership roles, and make the team a great place for women to work.

The focus of this program was finding, growing and keeping women in SEO.

Both men and women were engaged in the conversation about the importance of driving change within the team, while data and insights also helped us to better understand any issues and work towards solutions.

“I fully support diversity and inclusion as it is about creating equal opportunities for everyone,” says Taylor.

“By working with people from different backgrounds, experiences and styles, we learn and grow together. The outcome is then better than what we could have imagined, and we are all better for the experience.”

Fast-forward to today and, not only has overall engagement increased for the entire SEO team, engagement for women in SEO has increased by 30 percentage points to reach parity with the overall company engagement score.

It clearly shows us that we’re on the right track. That the workshops, female-focused events, and sponsorship programs established as part of Project Evolve are having a positive impact, and can lead us forward on our journey to gender equality.

Excitingly, we’ve already hit the goal of achieving 40 per cent female representation consistent with our 40:40:20 targets in the SEO leadership team, with 4 out of 7 senior roles currently held by women. The same is true of NBN Co’s Executive team with a 4 out of 10 ratio.

NBN Co’s 2020 Graduate intake has a gender split of 70 per cent women and 30 per cent men, and within the SEO team, we’re introducing a new Graduate Program that’s committed to achieving a gender-balanced intake, as a special measure to increase female participation.

The inclusive leadership program piloted in SEO has now been expanded to other business units at NBN Co.

Project Evolve has been so successful that the investment is ongoing – both for the SEO team and NBN Co more broadly.

I’m incredibly proud of Project Evolve’s success and am deeply grateful to our leaders, partners and committee members who have all responded to the call to action for change, tackling biases and barriers, and creating opportunities for all.

Diverse teams bring fresh ideas, experiences and perspectives, all of which lead to improved business outcomes and customer experiences.

And that means fulfilling our very reason for being, for the benefit of all Australians.

The awards acknowledge individuals and groups raising awareness and creating change through diversity initiatives and programs. 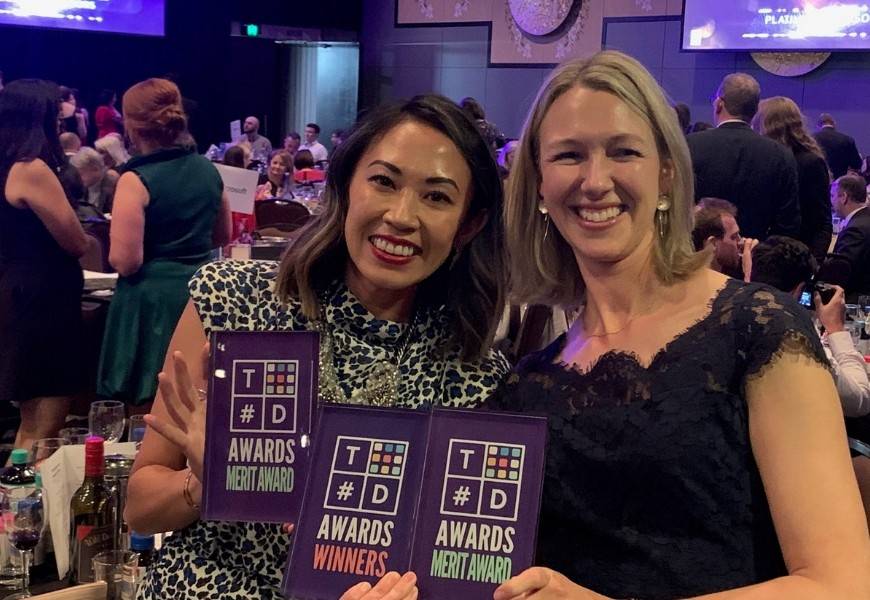