Skip to main content
Related Articles
3 – 2 – 1: Lift-off for the Sky Muster! The final countdown: Sky Muster™ gets a blast-off date What the nbn™ satellite will do for remote Australia

Winners of the nbn™ Shoot For the Stars competition revealed

Six-year-old Bailey from Alice Springs boldly goes where no Aussie student has gone before, naming the first nbn™ satellite scheduled to launch later this year and decorating the nose cone of the rocket launching it.

The mind of a young girl from the Northern Territory has been sent into a galactic spin as she was given the opportunity to etch her place in Australian history.

We’re excited to announce six-year-old Bailey Brooks from Lilla Creek station, 400km south of Alice Springs, was selected from hundreds of entries as the winner of the nationwide Shoot for the Stars competition that called on school children to illustrate how a fast broadband network will make Australia a better country. 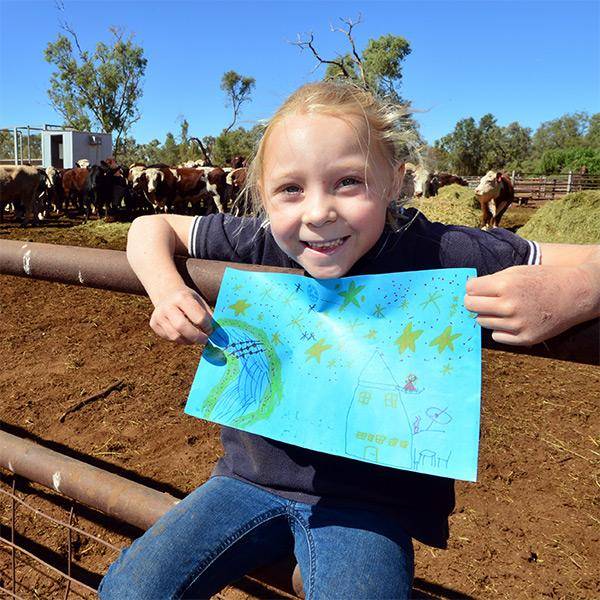 Overwhelmed by the number of clever, cheeky and wildly imaginative artworks, the Shoot for the Stars judges were blown away by the quality of illustrations and after much deliberation narrowed down the entries to one national winner and eight state winners.

As well as having her image printed onto the rocket, Bailey and her remote classmates from School of the Air in Alice Springs also won the opportunity to name the satellite, calling it Sky Muster. Referring to the gathering of cattle, the name captures how the satellite will help ‘round-up’ and connect Australians together.

Schooled remotely over satellite internet, Bailey says, “I felt special when I found out I won. My drawing is me with a satellite dish on my house and all the stars in the sky. The satellite helps me and my friends do our school work.”

The judges were thrilled with each of the State winners, selecting an eclectic mix of Indigenous, innovative and optimistic ideas. The state winners are:

Sky Muster will be the first of two satellites which nbn™ will send into space, with the launch currently scheduled within the next year – it will play a crucial part in levelling the playing field between city and bush by helping to deliver fast broadband services to around 400,000 Australian homes and businesses.