LinkedIn has rated nbn as number 22 in its analysis of Australia’s most in-demand employers.

nbn was set up in 2009 with the task of designing, building and operating Australia’s new broadband network. Despite its age, the company is already exceeding expectations, having placed at number 22 in LinkedIn’s analysis of Australia’s most in-demand employers for 2015.

In a list where the average company age exceeds 76 years in the Top 30, nbn placed higher than many well-established giants, such as the 198 year-old Westpac, 180 year-old ANZ and the recent centenarian, Coles, 101 years old in 2015. This six-year-old is clearly the young gun on this list of Australia’s most sought-after employers, proving that age is no barrier to success.

In addition to being the youngest, nbn is also one of the smallest in the top 30, with just over 3,400 employees. This is a salient point, considering the average size of all companies in the list sitting above 57,000 employees, with the largest on the list, tech goliath IBM, having over 381,000 employees worldwide.

However, nbn is experiencing rapid growth, as their workforce has expanded by 20% in the past 12 months and this trend shows no sign of slowing down, as the broadband network spreads to all corners of Australia. 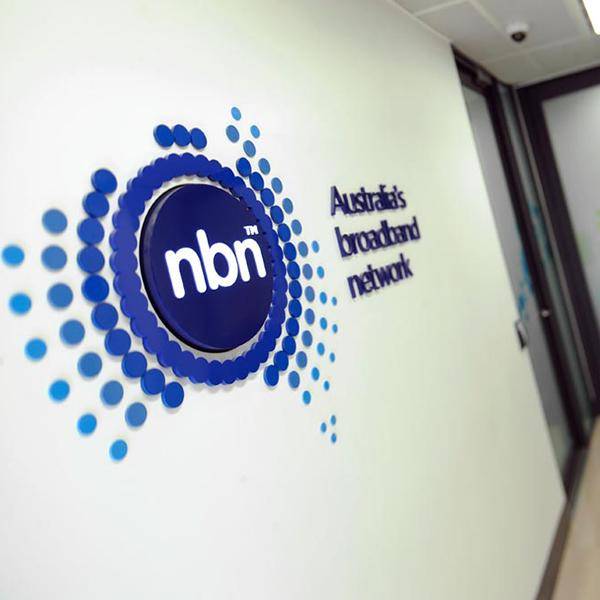 The analysis carried out by LinkedIn featured companies from a diverse range of industries, from mining and engineering, to banking and consulting. Notably, nbn was the only telecommunications company to make the Top 30 list. This shows that not only is nbn a leader in the field of telecommunications employers, it is also mixing it with big players across all industries.

Considering its age, size and recent achievements, it is clear why nbn will continue to attract the interest of potential employees.

As the nbn™ network continues to roll out to all corners of the nation, nbn looks to continue attracting the best talent Australia-wide. If the current tends are anything to go by, the future is certainly looking bright. 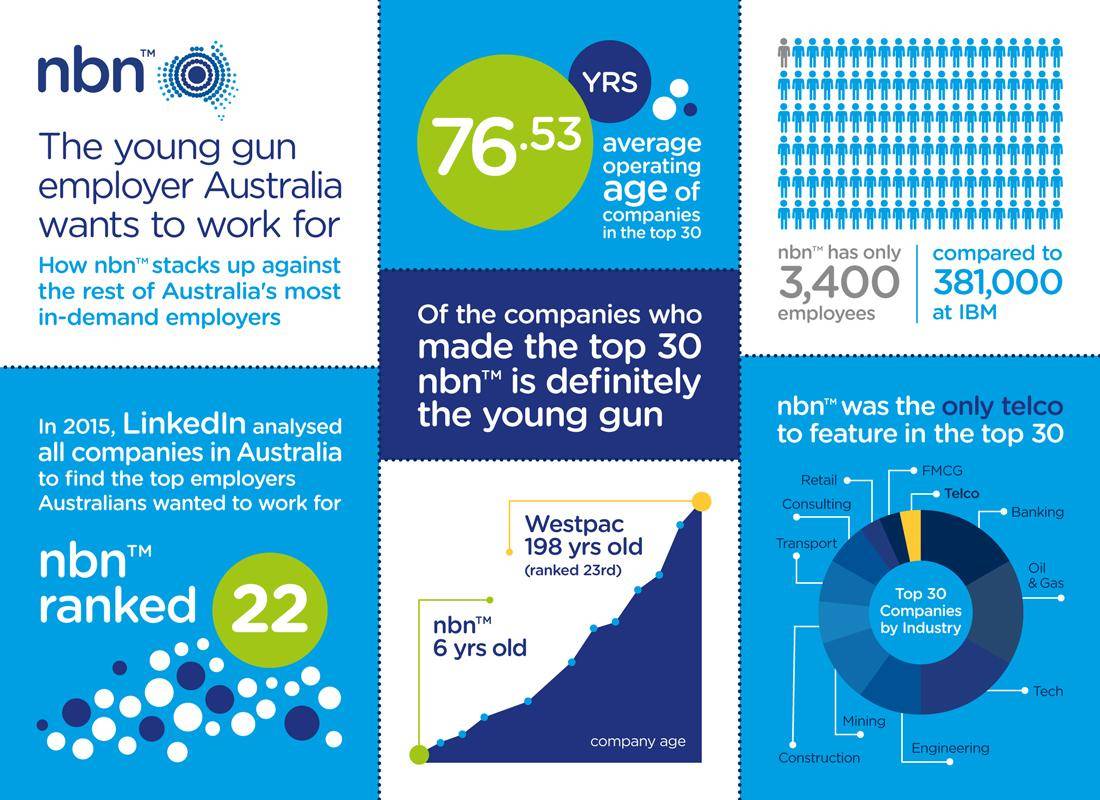