Skip to main content
Related Articles
Rolling out across the country: bohemian Byron Bay Meeting the people behind the nbn™ network: Brent A towering achievement on the Gold Coast

And when it comes to employees being ready to move with the times and tackle new challenges head on, our enthusiastic and fresh-faced graduates – who make up one of NBN Co’s ‘championship teams’ – are among the first to get in line.

The idea of a championship team ties into a company-wide directive to ensure NBN Co is diversely staffed with talented individuals who can offer the different perspectives required to conquer challenges across the business.

Establishing a workforce that reaches across backgrounds allows NBN Co to build teams that are more than the sum of their parts. Previously, we’ve chatted with our championship team that focuses on NBN Co’s cyber security. Today, let’s meet the Graduate Program team.

We recently caught up with some of our graduates for their views on being part of a championship team:

The power of a championship team

“I think of a team that is supported and empowered to move themselves forward.”

That’s what springs to mind for Isabelle Wong when she’s asked for her thoughts on a championship team. Wong is a graduate who currently works in NBN Co’s Cloud Centre of Excellence team.

While graduates work separately from each other across the business, Wong shares how they still draw together as a championship team.

“Being in different areas of the business has meant we are able to reach out when we have an issue that could do with the expertise of a particular team.

“I have reached out to graduates who work on teams that handle data to assist with understanding complex formulas and, in turn, I have also had grads reach out about a piece of work they are doing that I was able to assist with, having utilised similar data for a different task in my team.

“No matter how small or insignificant a task may seem, what you learn can help others.”

Perhaps another reason a championship team works well is that those involved each have a different perspective on what it actually means. 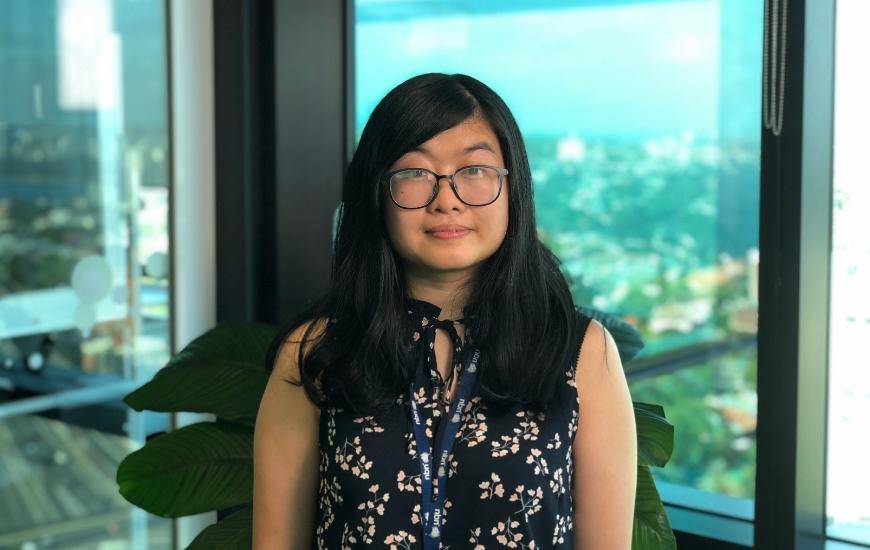 “In my eyes, a championship team is a diverse group of people, each with different skills, experiences and beliefs,” says Alex. “A championship team is highly motivated and will foster an open environment where everyone is comfortable with expressing their opinions and thoughts, no matter how inconvenient or far-fetched [those thoughts and opinions] may be.

“It’s where team leaders assign roles and tasks based on passion and a desire to learn, instead of pre-existing skills and experience. Finally, mistakes in a championship team are not seen as incompetence but, instead, opportunities for growth and development.” 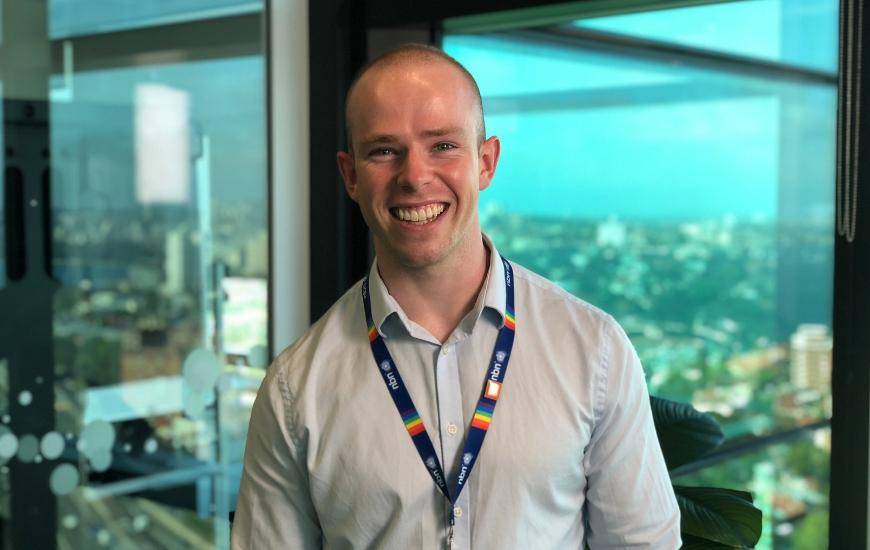 His vision for a championship team further underlines diversity of opinion.

“I believe a championship team is more than just a team that solves problems together. It’s a group of people that are different but aligned: different in age, nationality, gender, personality, but aligned in values, spirit and team direction.”

Nikki Nolan is keeping busy with her current Business Operations team, under Customer Field Services. For Nolan, a championship team is built around the idea of support.

“A true championship team is made up of people that lift each other up and support every individual’s weakness. People in a championship team aren’t afraid to rock the boat, to ask why and to do the job for the right reason.

“And it isn’t just one member of the team driven to do the right thing, but all of the team. It takes a team of very different people who aren’t afraid to bring their differences to the table and use them as their strengths.” 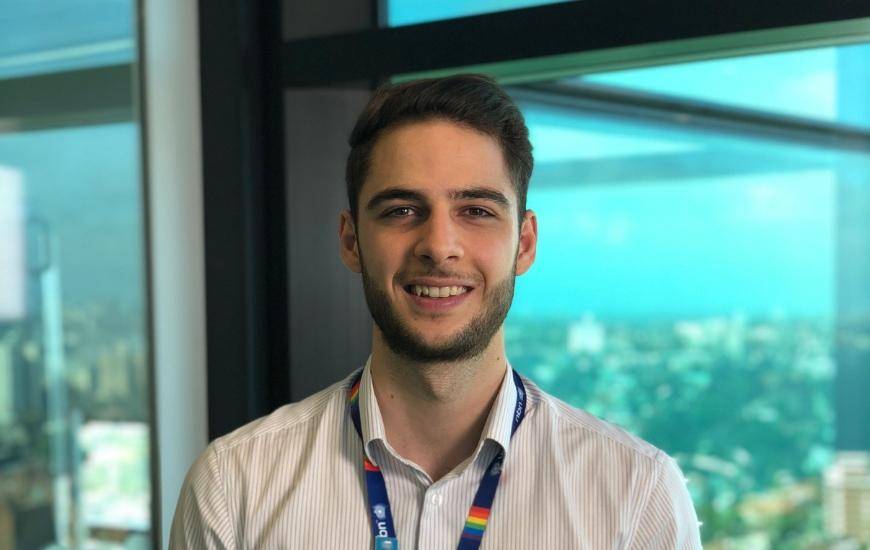 With their minds set on playing a vital role in a championship team, each of our graduates is making the most of their time in the program and they’re looking forward to what the future holds.

“What I love about the program is my ability to rotate through a truly massive organisation that is taking on the even-more-massive goal of connecting Australia,” shares Nolan. “We get to be part of something so huge and integral to the history of Australia so early in our careers.”

Alex, on the other hand, is still piecing together his plans for the future but believes the Graduate Program has greatly helped cement his interests.

“I’m one of those people still not certain about what I want to do with my career. The Graduate Program is allowing me to explore all of these different areas so I can get a taste of what work I like the most.

“To a person like me, this type of flexibility is so important because the last thing I want to do is lock myself into a space where I’m not enjoying myself or utilising my skill set in the best way possible.” 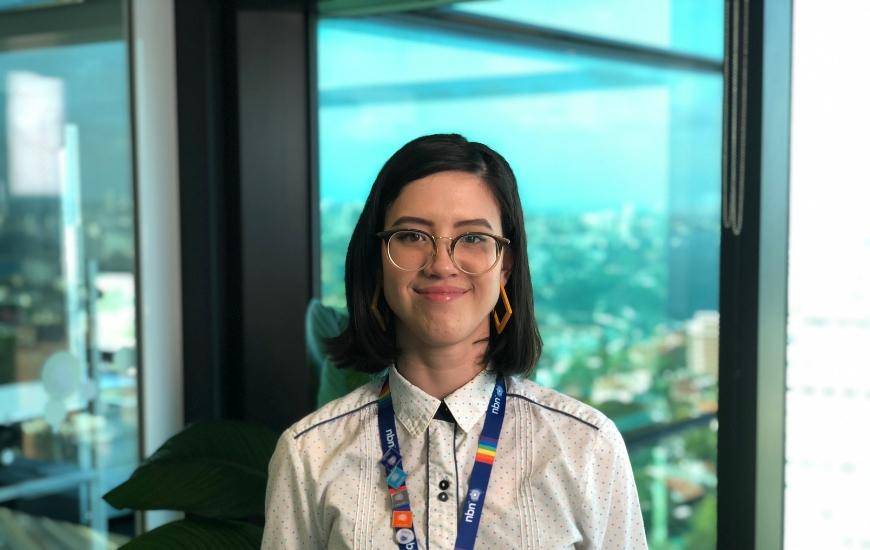 That flexibility is also what Wong finds so rewarding about the program.

“I love the opportunity to try different roles. As someone who is still figuring out what is available to me, working in the technical field – but then also having the option to learn about the business – is incredibly valuable.”

“The program has provided me with incredible flexibility to build the foundations for the career path I want. I have fantastic support within my team, plus the program provides leadership and personal development workshops. The opportunities I have within NBN Co make it a genuinely amazing place to work.”

More about the Graduate Program

Australian and New Zealand citizens, plus permanent residents of Australia, can apply for NBN Co’s Graduate Program once they have an undergraduate degree under their belt.

Graduates are also paired with a senior business leader, who’s not only a point of contact for ongoing support, but also has the relationships and knowledge to open pathways deeper in the company ecosystem.

A champion – an employee who has succeeded along a similar career pathway and who can provide additional support – is also available.

Graduates emerge from the program with a deeper understanding of how the business works, a varied skill set, and genuine hands-on experience in the dynamic world of telecommunications and infrastructure engineering. It’s seen as a launching pad that will empower a fresh generation of leaders and innovators who can take Australian business to new heights.