Skip to main content
Related Articles
What is HFC and how it works 5G: The future edges closer What Fibre To The Node technology will deliver for Australia

Fact, fiction and fibre to the node

Some end-users who had previously expressed scepticism about the ability of Fibre To the Node (FTTN) to meet their requirements are now expressing very strong satisfaction with the performance of the service – and we are very proud of that.

The fundamental mission of nbn is to deliver access to high-speed broadband to every Australian as soon as is practically possible.

We are supercharging existing copper network lines and pay-TV cables.

We are delivering broadband signals wirelessly or via satellite to people in the bush.

We are running fibre directly into a house, or running fibre to the street corner or the basement of an apartment block and then connecting it to existing wiring.

All of these technologies have an upgrade path to deliver faster speeds and even greater amounts of bandwidth than the existing copper-based fixed-line network. 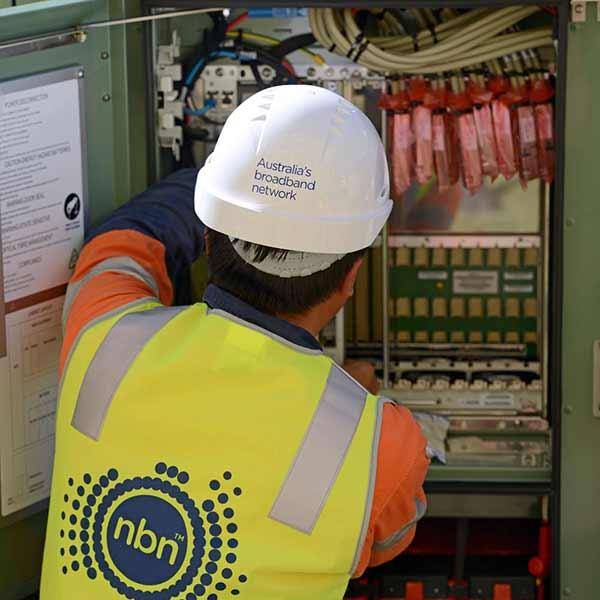 nbn is also working to deliver high speed broadband to Australia up to eight years sooner and for $20 billion less of taxpayers’ money than if we rolled out a full fibre network from this point in time.

And yet in some circles there remains scepticism about the ability of Fibre to the Node (FTTN) in particular to deliver on that promise.

This is notwithstanding the fact that FTTN has already been deployed in many other countries and it is delivering an impressive performance.

Often the argument boils down to anecdotal evidence about the state of the existing copper lines in the street.

Much of this anecdotal evidence is misleading or just plain wrong.

The reality is that even in our FTTN deployment we are already replacing the majority of copper running from the exchange to end-user premises. Yet the copper that runs from the street cabinet to the home is being left in place.

So far, in our FTTN deployment we have not had to replace any copper – or perform any substantial remediation work – to the copper running from our street cabinets to end-user premises with new fibre.

All we have had to do so far is very basic work in removing bridge-taps – basically redundant copper lines - in order to optimise network performance.

Although our FTTN network is in its early days our experience so far tallies very much with what other global operators such as Britain’s BT, Ireland’s Eircom and Swisscom have found in their FTTN deployments. They too have had to carry out very little remediation work on their remaining copper lines – and this is the beauty of the technology.

To date we have not had to replace substantial lengths of existing copper with new copper, what we have been doing is necessary work compressing copper at the street pillars (located next to our street cabinets) in order to enhance network performance.

Conducting this type of work does not constitute ‘replacing the copper’ – the lines themselves are being left in place – all we are doing is, for example, is replacing two lots of 100 pair cables with a 200 pair cable in order to free up ports.

Our initial FTTN commercial services are progressing extremely well in the Hunter region and we are very excited about our plan to connect around 500,000 premises to the FTTN network by June next year because the subscribers that are getting FTTN services from our RSP partners absolutely love the service.

Indeed, some end-users who had previously expressed scepticism about the ability of FTTN to meet their requirements are now expressing very strong satisfaction with the performance of the service – and we are very proud of that.

With the amount of taxpayer money being invested in the nbn™ network it is very important to dispel any misunderstandings that may be out there about the deployment of the network or the services that it provides and right now the FTTN deployment is proceeding very well and end-users are loving the speed and convenience of the service.

Your experience including the speeds actually achieved over the nbn™ network depends on the technology over which services are delivered to your premises and some factors outside our control like your equipment quality, software, broadband plans and how your service provider designs its network.