The perfect blend: Coffee with a shot of free wi-fi

There are a growing number of businesses now connected to the nbn™ network offering free wi-fi as an integral part of their customer service. 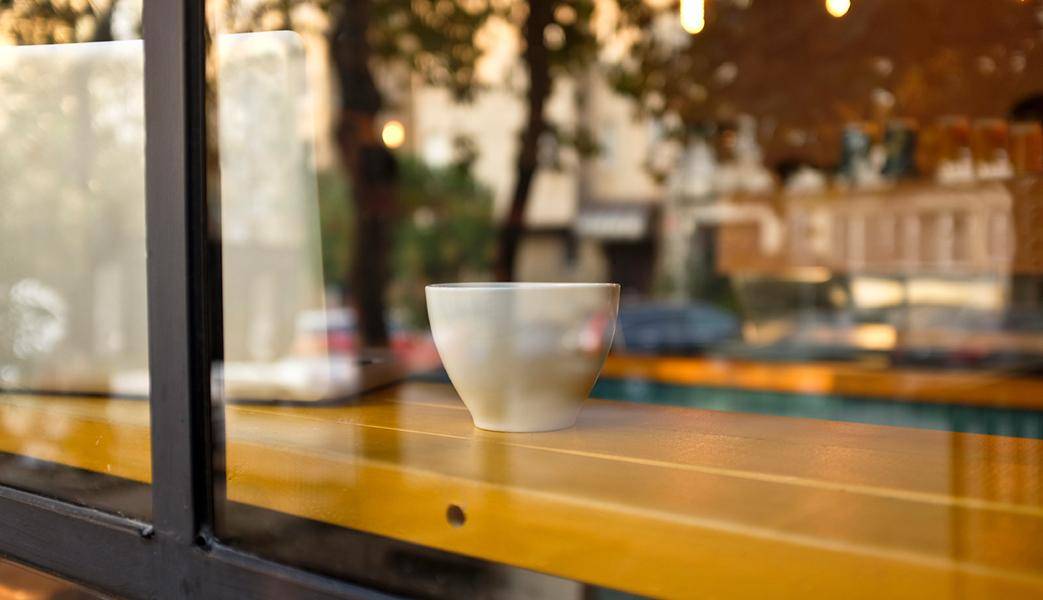 When Australia's CSIRO scientists more or less invented wi-fi in the early 1990s, the rest of the world didn’t even have to prise it out of their clenched fists.

So while other countries seized on its awe-inspiring potential, we sat in the pram and wondered what just happened.

Less than a decade later in 2001, Estonia, which gave the world Skype and Hotmail, was supplying a free wi-fi service to the whole country.

Cities in India, the US, Spain and Costa Rica similarly began supplying free wi-fi broadband to its citizens.

And yet at the start of 2016, it seems Australia is still figuring out the notion of wi-fi largesse – the supply of a fast, free-to-consumers, public Internet service.

In Australia, a free public wi-fi service often constitutes a disservice, especially if your device connects to it automatically.

One minute you’re walking along listening to music streaming into your earphones, the next...the buffering sounds of silence. 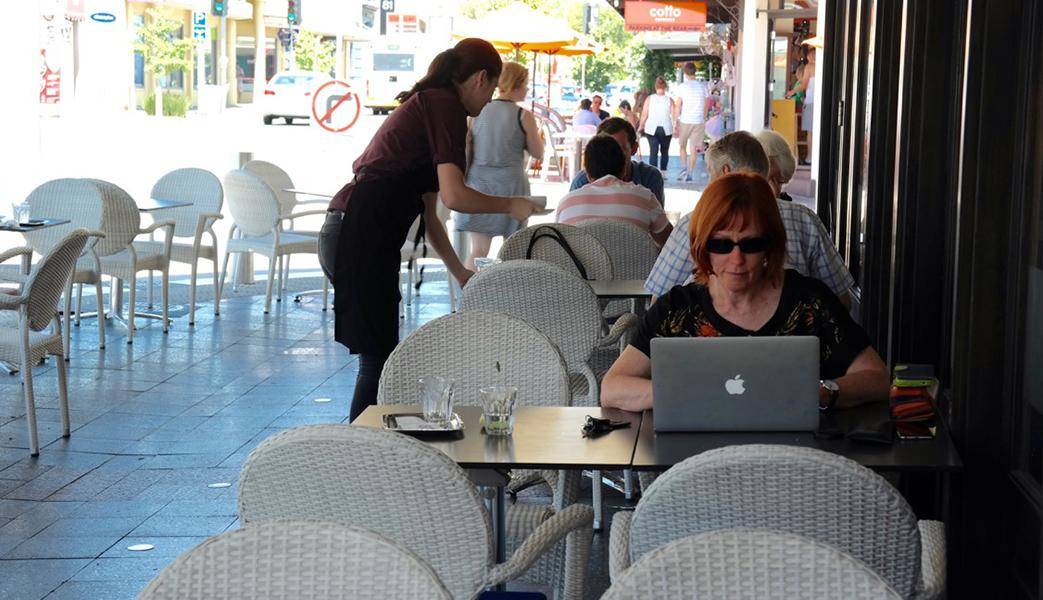 The service can be so miserably slow it’s quicker to load a trolley with a whole week's shopping than it is to load a song.

So you’re forced to go into settings, turn off wi-fi... the music returns.

The good news is that change is happening.

There are a growing number of businesses now connected to the nbn™ network offering free wi-fi as an integral part of their customer service.

In Prospect, the first city in metropolitan Adelaide to be fully connected to the nbn™ network, a series of city cafes have just started supplying customers with arguably the best free wi-fi in Australia.

Prospect Council developed the idea through its new nbn™ network-driven Network Prospect program that requires a cluster of local city cafes to provide close to 100 mbps download/40 mbps upload to their customers*.

In return, the Council provides the cafes with free marketing.

Economic Development manager Matt Grant says the Council is developing a smart city culture and it devised the cafe program for several reasons, not least of which was to draw people from across the city into the local shopping district.

It’s also designed to demonstrate to those that bring their laptops and tablets, the speeds and capabilities of fast broadband.

Lorenc Dylgjeri from Prospect’s Basilico café says he gets customers coming from all over the city to eat fresh Italian food, drink coffee and work.

“My week-day customers are usually not locals and they mostly work on their computers. I don’t see them downloading movies or games. 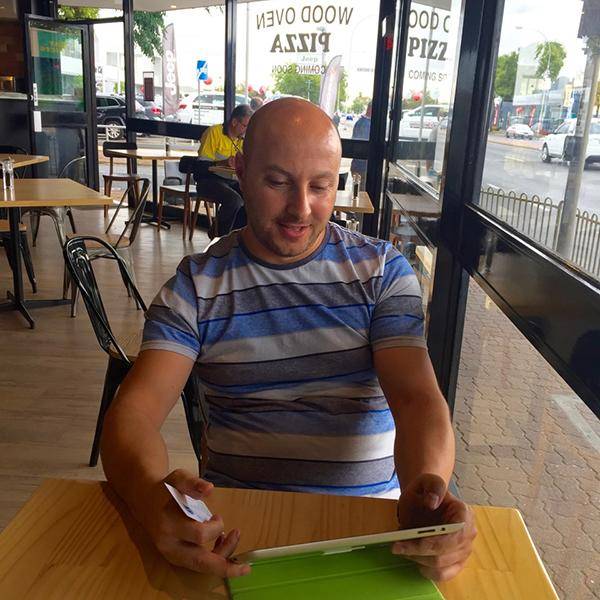 “My weekend customers though are locals and they just come to chill out. If they’re here just to download huge amounts of data, I don’t see it.

“I recently came here from London and I’ve only been open three months, but business has been very good. Our next round of marketing will be all about fresh food and free wi-fi. It’s a good combination.”

Sandy Cenim from Minestra café on the other side of Prospect has been supplying free wi-fi since he opened his doors in April 2013.

Now on a super-fast nbn plan, his stellar free wi-fi service is about as popular as his free-range poached eggs.

“Our customers have come to expect free wi-fi in here now. Even the next door neighbours, who are out of contract with their home broadband, use it ."

“I change my password every now and then, but I find customers don’t abuse the service. I know some businesses don’t offer it because they’re worried people will sit for hours on one cup of coffee and just use the wi-fi," says Cenim. 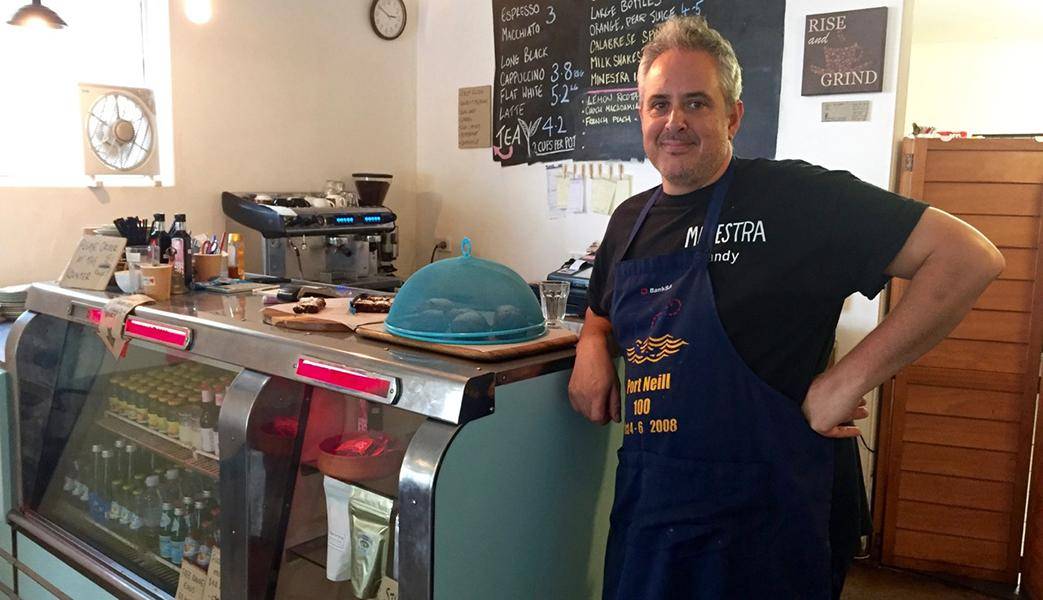 “I find that doesn’t happen, but it wouldn’t worry me if it did. It’s better to have bums on seats and the place buzzing than being empty. I think offering free wi-fi is like getting a serviette with your cutlery.

“It’s not expensive and I have the ability to provide it, so it works for them and me,” he says.

“We want to be an enabler. We are aiming for that same informal atmosphere you’d find in Cupertino, US, where fostering networks of fully-connected people in informal places can lead to ideas and innovations.”

*Actual speeds those customers experience will, of course, depend on things like their hardware, the café’s equipment, software and the café’s broadband service provider’s network.