Close this message
Related Articles
Fixed Wireless FAQs Less than 100 days to go till Sky Muster has lift off! NBN Co: At the cutting edge of global broadband

Twelve months ago I joined NBN Co as CEO. It has been an amazing year.

I have been involved in many great companies in my career but nothing comes close to this one. As an infrastructure project, the size and scope of the network is unparalleled. Here is a piece of critical infrastructure that will benefit an entire nation: it will help close the digital divide and enable every Australian to participate in the digital economy.

But it was not simply the ambitious nature of the project that attracted me to the job, it was also the challenge of building the strength of the company to match the might of the project. 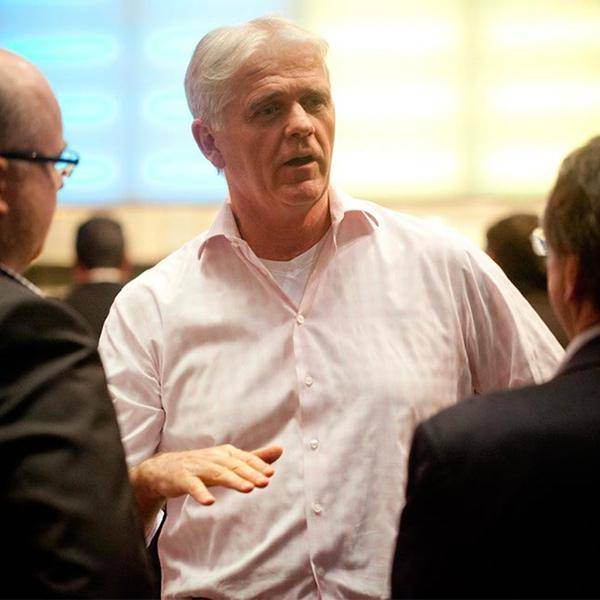 More than just a network

It's not hard to understand the economic benefits a National Broadband Network can offer this beautiful country, nor do you have to look far to get a sense of the passion Australians have for connectivity and innovation.

While the NBN has been the centre of a hugely polarising debate in Australia these last six years (yes, it really has been six years) so much of the focus has been on the politics and the technology rather than the benefits that a ubiquitous network for all Australians can deliver – and we are working hard to change that.

Twelve months ago, some six or so months after a change in Government, there was still a residual sense of the very challenging times our people had been through. The caretaker period brought about by the Federal election and the impact it had on people who were no longer clear why they were coming to work on a daily basis, was not to be underestimated. The fierce politics surrounding the project were splashed across the papers daily making some of our people hesitant to admit publicly who they worked for.

It seems we are making headway however, as the public sentiment and media coverage pays testament to a more balanced environment. The front page political headlines of days past are more often than not now focused on the benefits and milestones our company is so focused on. Our people are telling us they are feeling a difference and I am pleased there is a genuine sense of pride in the team - not just because of our very worthy goal of connecting Australia, but because we have created a culture of success by working as an integrated team to deliver on our targets.

While we are striving every day to improve as a company we also have a network to build and over the last year we have taken enormous steps towards deploying the Multi Technology Mix model.

FTTB: We launched our commercial FTTB product this week after successful trials and plan to add around 20 new buildings per month to the network.

FTTN: We concluded our revised deal with Telstra – that’s now awaiting approval from the regulator – and are well advanced in our FTTN trials with Telstra in NSW and QLD and on track for commercial FTTN launch in September.

HFC: Revised deals signed off with Telstra and Optus – they are now awaiting regulatory approval – we also closed a key equipment deal with Arris and announced our plan for Docsis 3.1.

FTTP: Reduced the number of Service Class 0 premises – those that we have passed but cannot connect – from 28% of total brownfield homes in March 2014 to just 12% now – and we have nearly tripled our number of active FTTP subscribers.

Fixed-Wireless: We have tripled the size of our subscriber base and are close to launching our ground-breaking 50Mbps/20Mbps trials to subscribers.

Satellite: We have now completed all ten of our satellite Ground Stations and are on track for the planned launch of NBN Co-1A in the second half of the year.

Doing what we say we will

So, given that substantial record of achievement we are clearly heading in the right direction and over the next year things are going to ramp up even further as we commercially launch FTTN, HFC and Long-Term Satellite services.

Of course, launching these commercial services will be great news for Australians as they get access to great broadband but it is also great news for us at NBN Co because it helps to build our credibility in the marketplace as a company that does what it says it will.

So, in closing, I would like to thank each and every one of my team for their outstanding efforts in my first year as CEO, we have achieved a lot together - but we all know there is still much work ahead.