Close this message
Related Articles
How much data does streaming video, movies and TV use? (2018 edition) How to stream video to your TV and other devices The 0s and 1s of streaming video: How does it actually work?

The expanded universe of things: How storytelling is changing

You’ve heard of the Internet of Things, but it’s more than just household appliances that are benefiting from the growing accessibility of high speed internet.

When people become engaged and immersed in fictional worlds and characters, it means a lot more to them than just a distraction, or relaxation, from real life.

We often become vested in these universes and intimately attached to them. Just look at the way fans feel about the Harry Potter books, or the Star Wars movies, or video games like Assassin’s Creed – the fervour that erupts around any announcement.

That’s because it’s more than just being entertained for these fans; it’s about gaining an ever deepening understanding for the lore behind fantasy worlds that have resonated with them so strongly.

It’s a thrill just to know that the envelope of that world is about to be pushed wider, and the complexity of the relationships within will grow in parallel.

This is why the entertainment industry is so focused on creating, farming and harvesting big blockbuster brands.

The more channels you can get your brand into, the more ways you can get a brand to connect with its audience, and the more money there is to be made.

However, for creators, it’s not just about making money – it’s also about providing something meaningful to those who have become invested in their world.

The concept of the Expanded Universe is a solution that has so far kept many investors, creators and fans, very happy. 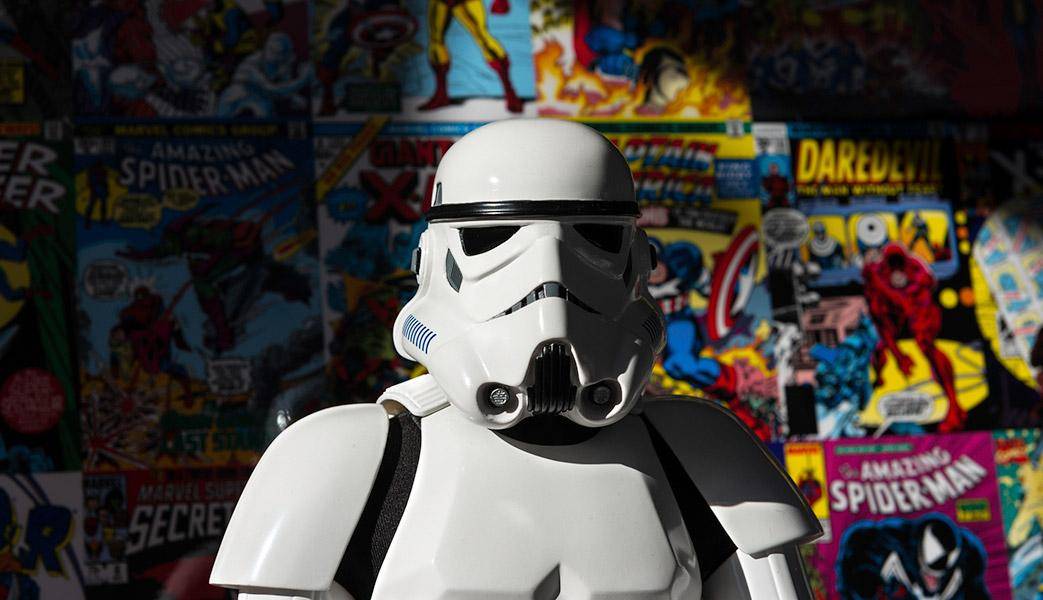 Before we dive too deep into this phenomenon, it’s important to distinguish between these two terms.

The ‘Expanded Universe’ includes any official content that literally expands an existing fictional universe beyond what we already know.

The ‘Adapted Universe’ refers to content, official or not, that reimagines or reinterprets existing parts of the universe.

However, The Walking Dead video game, developed by Telltale Games, is part of the franchise’s Expanded Universe.

It adds new characters, storylines and lore to the universe that are recognised as official canon in the comics.

Is the Expanded Universe a new concept? 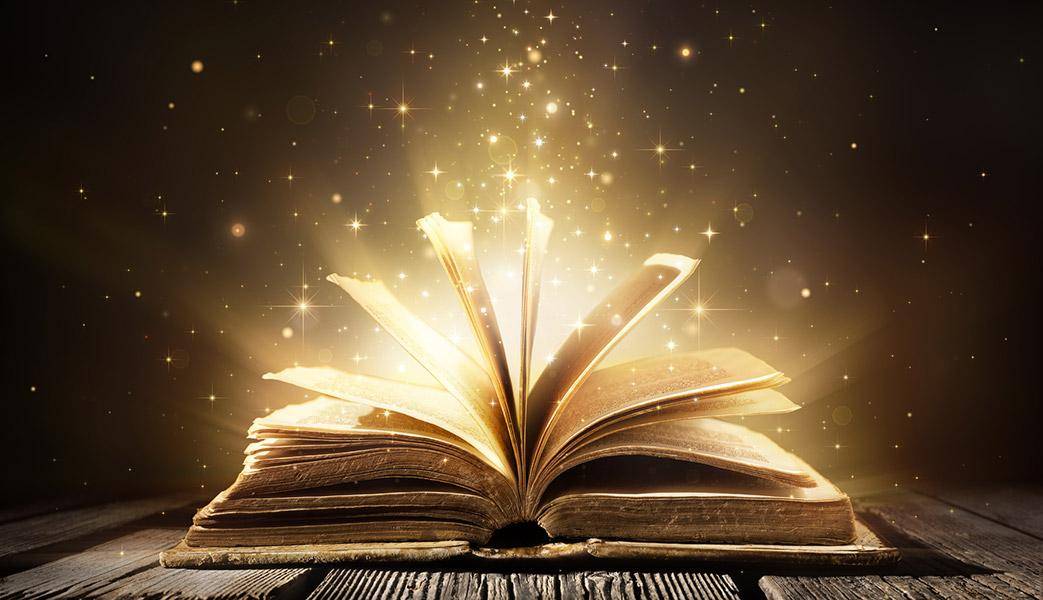 Brands are nothing new in entertainment, even Roman gladiators were known to pack out stadiums on their stage-names and personae alone.

In more recent times, we saw authors begin to experiment with expanded and adapted universes that jumped the gap between entertainment mediums, often relying on a brand or franchise name.

TV shows and movies lived on through books and comics, such as with Star Trek and Star Wars, the stories and events of which were considered canonical by the original creators of said franchises.

Universes like Aliens and Back to the Future would be explored by cinematic storytellers.

But this is all before the internet, where the expansion of every universe was bottlenecked by accessibility and awareness of something physical.

If your favourite movie expanded into books, you might not necessarily hear about it and, even if you did, those books might not be sold in your particular geographic location.

The internet would change everything.

Fast broadband and the Expanded Universe of things 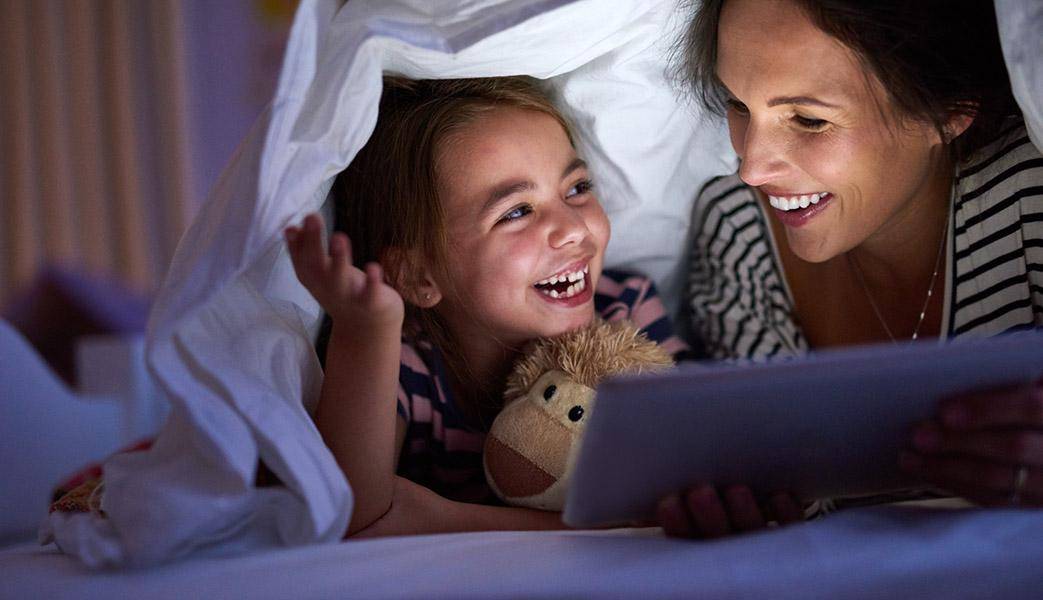 On-demand entertainment is not the future; it’s the now. Not only can we access film, TV, literature, sound, video games and applications at any time, from almost anywhere, these channels can often co-exist and interact with each other as the user sees fit.

Content creators can now attract and provide for fans in multiple media channels simultaneously, with each leading them towards the other.

It simply wasn’t possible before to have such a large amount of diverse content distributed to so many people, over so many potential mediums, so quickly.

Brands like Marvel, with all the criss-crossing of their various IP into one expanded universe, are the obvious benchmark for what a modern Expanded Universe can be, but it’s not the only path.

After the original 2007 game became a huge success, it was followed by two video game sequels. However, games take a long time to develop, and fans wanted something in-between.

In order to keep hungry fans fed with more Mass Effect lore, publisher EA began to release downloadable content over the internet to the original game, opening up more stories.

Meanwhile, there were four novels published, ten comics and an animated film, as well as two mobile games.

All accessible on demand. What’s particularly amazing is that you can connect one user login, held in the cloud, between these media forms so actions you take in the iPhone game could impact your console game experience. Now that’s a connected expanding universe!

It’s a great time to be a connected fan

It’s never been a better time to be a fan. If you consume entertainment, then make the most of our connected, high-speed world to explore more of your favourite universes.

If you are short on time, or catching up seems intimidating, there are wiki pages all over the internet that will guide you down the path of books, comics, games, movies, TV shows and more that expand the universes you love. You’ll be surprised what you can find.

For example, did you know that the video game Lego Star Wars: The Force Awakens includes multiple levels with unique new stories that reveal more about characters and locations that aren’t revealed in the movies? Pretty cool, right?

Feel the Force, super fan, and use our increasingly connected world to expand your favourite universes.

If you'd like to get into the streaming side of things, you also can check out how much data your video, movie and TV streaming services use here.