Skip to main content
Related Articles
The rise of the super coach State of Origin legends train budding sport stars How much data does streaming video, movies and TV use? (2018 edition)

How technology is changing the way Australians view and engage with their favourite sporting teams.

Whether it is cricket, AFL, tennis or soccer, passionately following your team is the great Australian pastime.

The most exciting way to watch a match is from the grandstands, however many Australians are creating the next-best-thing at home. They are making the most of technology to turn their living rooms into ‘high-tech stadiums.’

Aussies are doing this in ever-increasing numbers, with a recent report finding Australians are watching a collective 60 million hours of sport from home every week.

According to the nbn™ Future of Sport report, the appeal of watching sport from home is increasing thanks to fast broadband and the digital evolution of the sports industry.

The Gemba Group, which conducted the study, found that 3.4 million Australians watch the equivalent of at least one working day of sport from home each week. Many will even confess to pulling an all-nighter to stream sports at home 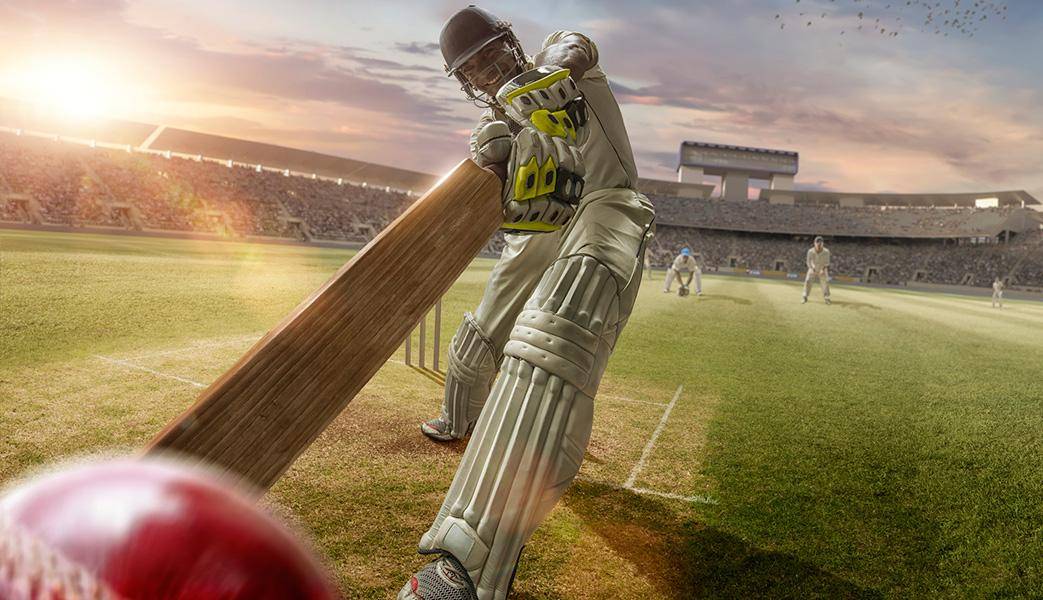 The ‘Gentleman’s Game’ remains the most popular sport amongst Australian males, with someone hitting ‘Play’ on one of Cricket Australia’s digital platforms every eight seconds.

Aussie women show a strong interest in tennis, while niche sports are also seeing a rise in the general consumer landscape.

More than a million fans follow sports like Ninja Warrior and UFC. These have developed huge audiences through bespoke digital platforms and online channels that deliver not just quality content but the opportunity to connect with other enthusiasts around the world.

Gemba Group found through its research that more than half of Australians believe the internet is helping them feel more connected to their favourite games.

Twenty five per cent are investing in technology to help them do so, including smart televisions, virtual reality headsets and even smart watches that display live scores and plays.

Among the report’s findings was the rise of ‘tech-tators’, sports fans who accompany their viewing experience with live status updates and key statistics from every match.

These super sports fans rely on a connected device as well as their big screen, viewing multiple matches at the same time.

Australians value broadcast quality, camera-work and clarity of picture. Good commentary and access to statistics add to the viewing experience, as does the ability to replay a match online.

Viewers seeking more sports, deeper engagement and a heightened experience are enabled by a fast developing digital eco-system – one that is underpinned by factors including fast broadband delivered via the nbn™ network.” 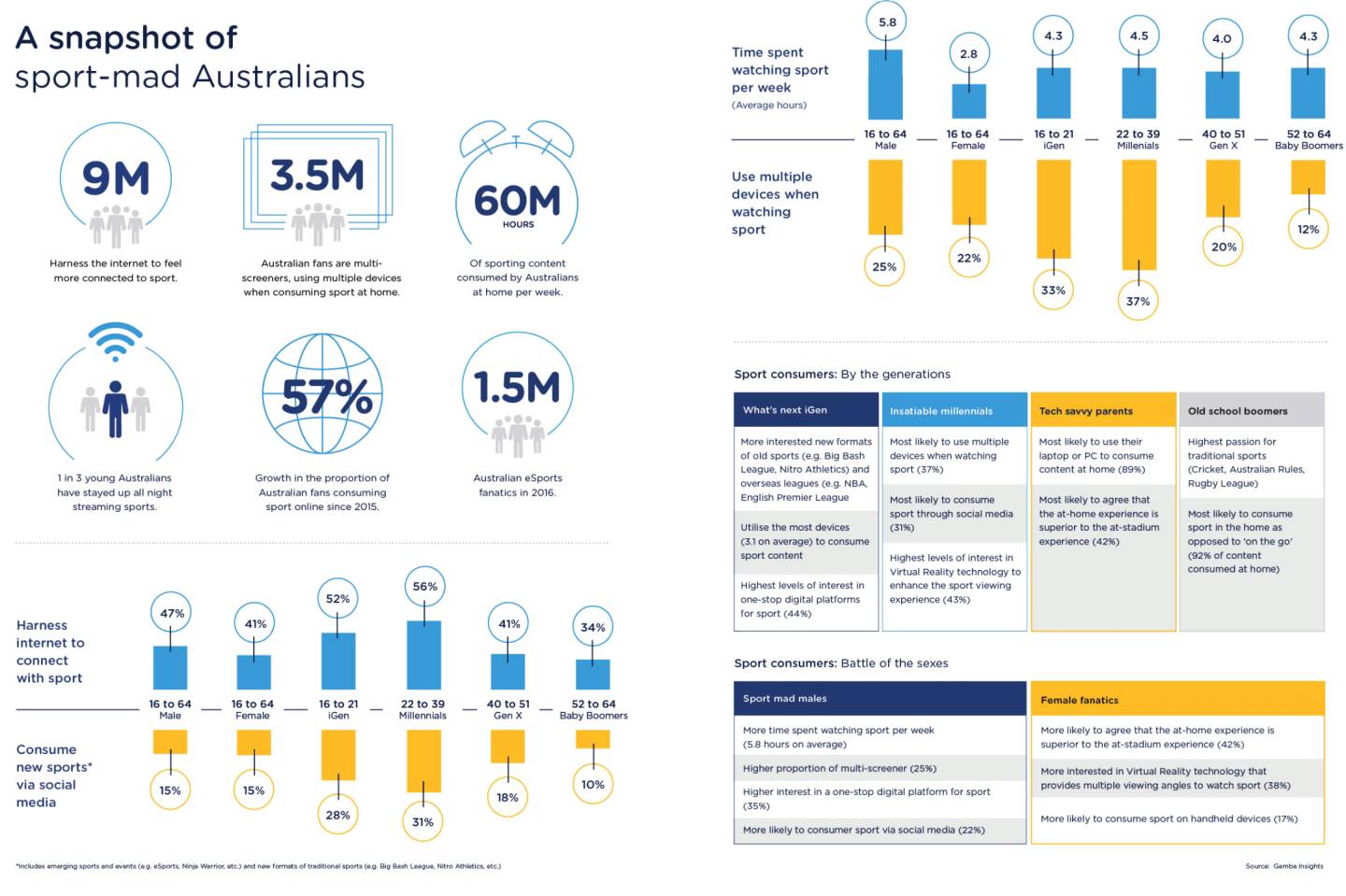 With the demand for sporting content on the rise, Australians are also seeking improved experiences.

Finn Bradshaw, Head of Digital at Cricket Australia, explains that “Digital technology will drive the trend towards personal curation and customisation of content. Advancements in streaming technology will empower fans to produce their own personal coverage of live events.”

Viewers want the biggest, most extreme moments, as well as behind the scenes footage and interactivity through social media. In the future, content will be shorter, sharper and more diverse, with the majority coming through digital channels.

In accordance with changing expectations, fans will be able to access a customised experience by choosing their own camera angles, their own replays and even their own commentators.

According to Rob Mills, “Today we see a glimpse of the sporting future – multiple camera angles, virtual reality, access to any sport in the world and eSports. And what’s even more exciting is the innovations that are yet to come. Innovations that will enhance all aspects of the viewership experience, all made possible by increased digital connectivity.”

The rise of virtual and augmented reality will only enhance the sports fan experience, allowing statistics to be overlaid on screen and even offering viewers on-field perspectives in 360 degrees. Sports followers can even look forward to a time when they can pop on a VR headset and watch a match the perspective of the players themselves.

Interactivity will also play a part in the digital future of sport, with fans being able to chat and comment, feeling like they are right next to friends and family on the other side of the world.

While the future is something to look forward to, the present is just as exciting. Multiple online channels and platforms are already bringing digital viewing experiences to fans of traditional and non-mainstream sports around the country.

With the help of fast broadband, accessibility and flexibility are the name of the game, empowering viewers to watch their sport – their way.