Faster internet for the bush


The information in this media release was accurate at the date of publication.  It may no longer be current and you should not rely on this information. 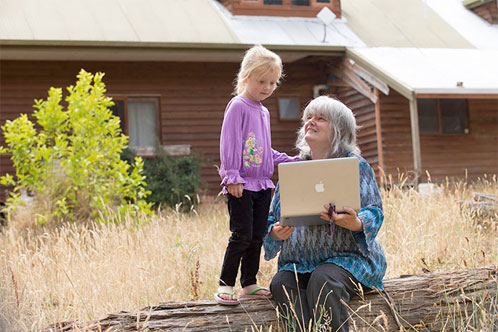 More than half a million homes, farms and businesses eligible to receive the NBN's Fixed-Wireless and Long Term Satellite services will be able to order wholesale download speeds of up to 25 Mbps and upload speeds of up to 5 Mbps* from their internet service provider.

The faster speed tier is planned to be available over the Fixed Wireless network as early as June[i]. The Long Term Satellite Service is scheduled to launch in 2015.

In a boost to rural communities, the new speed tier will make wholesale upload speeds available that are up to five times faster than those offered to Satellite and Fixed Wireless users over the NBN today (1 Mbps)*.

In addition, the wholesale prices for internet service providers who retail NBN packages to rural broadband users will be pegged at the same rate as they are for fibre users in the cities: $27 per month for the 25/5Mbps service and $24 for the 12/1Mbps service respectively. NBN Co has already committed to reducing wholesale broadband prices in real terms.

NBN Co Chief Executive Mike Quigley said: "Every home and business in Australia - from the outback to the city - will have access to fast internet at speeds people in the city take for granted.

"That will give people in the most isolated parts of the country access to economic and social opportunities that the rest of the country takes for granted. For instance, faster speeds will allow people in regional communities to work from home like they would from the office, access video-based health services and make high-quality video calls to family and friends.

"Just as importantly, the NBN is helping to foster real competition, and that drives affordable prices for consumers. Every provider has equal access to the network and NBN Co's prices are the same in the city and the bush."

* NBN Co is designing the NBN to be capable of delivering these speeds to NBN Co's wholesale customers (internet service providers). Speeds achieved and applications received by retail customers will depend on a number of factors including the quality of their equipment and in-premises connection, the broadband plans offered by their service provider and how their service provider designs its network to cater for multiple end users.


[i] NBN Co expects to make the new speed tier available on the Fixed-Wireless service from June 2013 following appropriate notification to internet service providers and an update to the company's ordering processes.