Skip to main content
Related Articles
We have lift off! nbn™ Sky Muster™ II launches into space Sky Muster™ II Satellite rocket launch: Images from the ground Bound for Bourke: Visiting a Sky Muster™ ground station Behind the scenes of the Sky Muster™ I launch

How to launch a satellite via Workplace by Facebook

Behind the scenes of the Sky Muster™ II satellite launch.

Last week's launch of nbn's second satellite provided a clear example of the collaborative possibilities provided by Workplace by Facebook which, launching officially today, has been actively used within nbn since April 2016.

On the Tuesday afternoon news came through from French Guiana that high winds were expected and there was a 50/50 chance we would need to delay.

An issues management group was quickly established on Workplace 'Chat' and information was shared over the course of the next 12 hours confirming a delay at 5am the morning of launch.

The media team sprang to action delaying the press conference and informing media of the delay. Staff were advised and the in-house bake off was (mostly) held over for a day.

Bill Morrow, CEO of nbn, was in Palo Alto California with John Celli, President of SSL, the company responsible for building the satellite. Members of the satellite team were in Kourou, French Guiana overseeing the launch and our Network Chief, Peter Ryan, was in Melbourne preparing to speak at the Comms Day summit.

Remaining members of the executive and the satellite and communications teams were in various locations around the country.

The ability to communicate, previously reliant on email, was seamless. 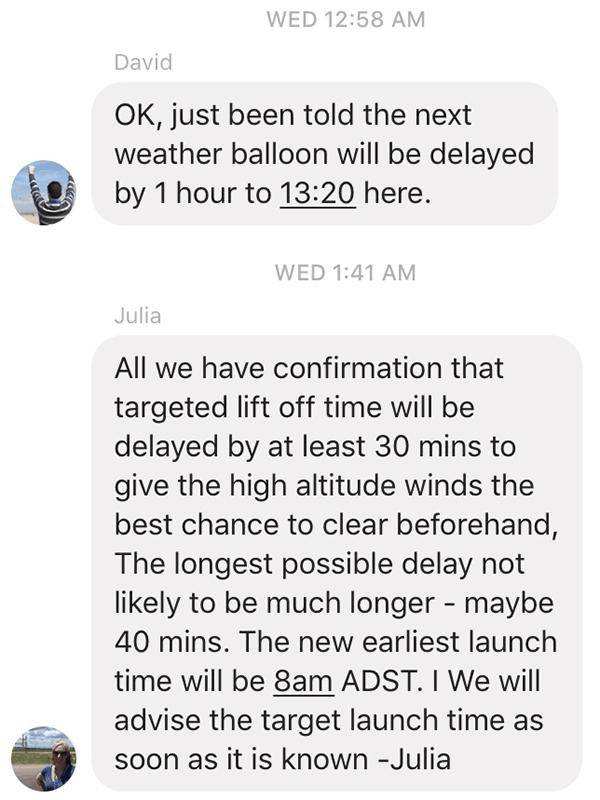 Not only did it mean no emails were needed, but everyone could see the conversation whether in real time or when waking up in a different time zone.

The team kept each other’s spirits high and we watched and waited for the 'weather balloon tests' to come in.

Green light received, the excitement was evident in the posts, pictures and live videos of which there were 1,400 posts, 1,700 comments and more than 8,400 reactions across the business throughout the day.

The rocket blasted into orbit and employees on the ground had the opportunity to observe the historic milestone through conversations from around the world. 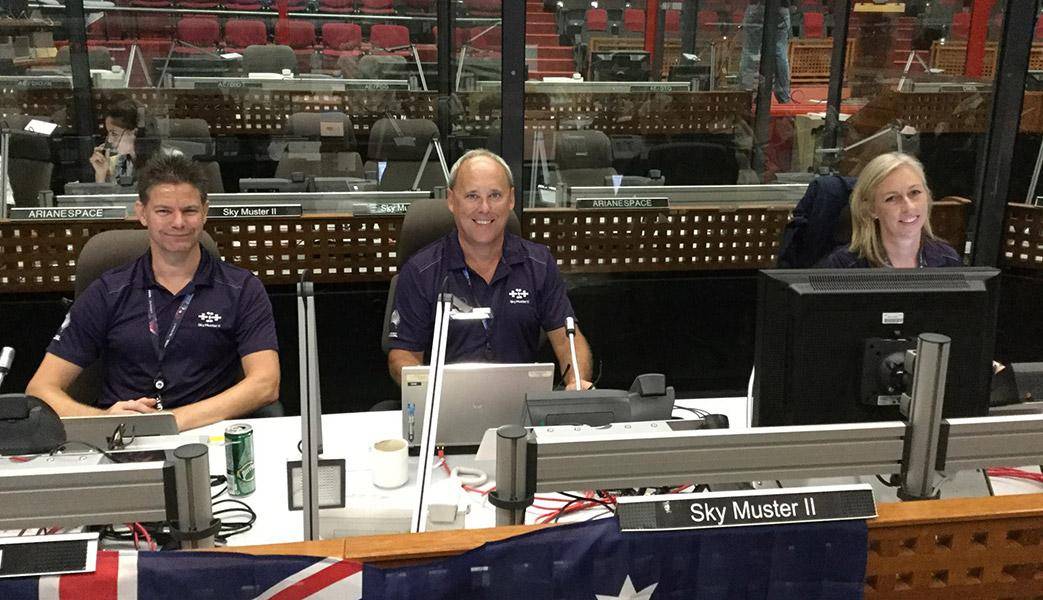 For those who missed it – they could also watch the rocket launch video online. 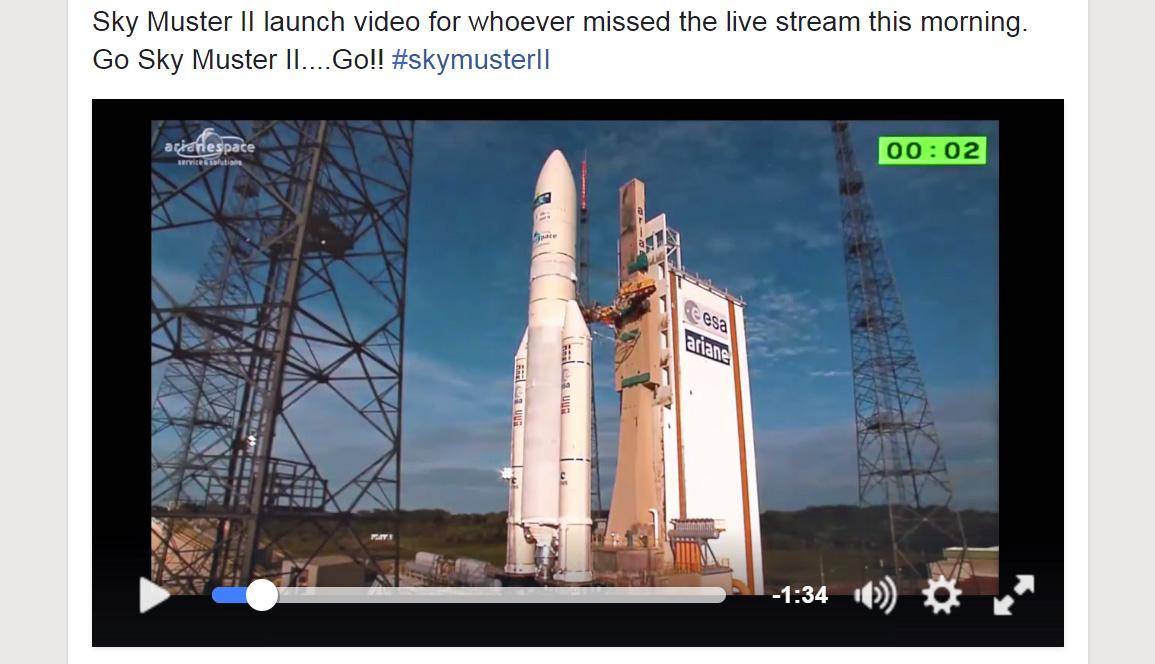 The CEO was in on the action sending a celebratory message of thanks to all involved followed by an outpouring of feelings from across the business, it's fair to say it was a proud day for nbn. 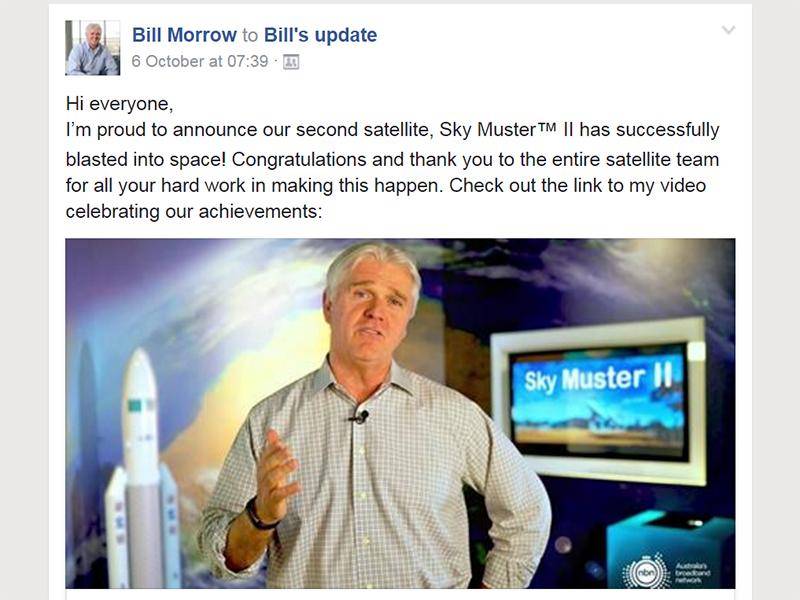 Creative baking was showcased right across the company and teams rallied together to compete for the space bake off prize.

The simple and agile platform was able to keep the nbn team engaged in the latest movements from a Space Centre on the other side of the world and the team in Kourou and Palo Alto felt the full support of the business back home.

There are so many possibilities with a good social collaboration platform and nbn has already seen hundreds of case studies demonstrating why Workplace by Facebook is the right choice for us. Not only is it familiar, it's intuitive and easy to navigate.

The ability to start groups relevant to specialist interests and closed groups where privacy is required, the opportunity to have an open conversation regardless of title or location, and the ability to tell stories that otherwise would have been limited to people you know are just some of the advantages.

Gone are the days of broadcasting to our employees via an intranet that few people spent time on. It has been incredible to see the collaboration, with currently 90 per cent of employees activating their accounts and 84 per cent actively using the tool per month.

There are more than 450 groups already established, 15 per cent of which are social and the rest are work related.

Workplace has already helped us reduce emails, connect with colleagues, learn more about our business, bridge diversity gaps and celebrate our hard work. I have no doubt the stories will keep on coming.

Find out how social collaboration at nbn is helping bring some strong and emotive employee stories to life.