Super brainstorm about to hit Australia

What would happen if you put the best business brains in the same room as the best academic brains and set them some problems to solve?

Well, you’d have the mother of all brainstorms to come up with the best solutions to those problems.

That’s the belief of the academics and businesses behind the launch of the nation’s first “interaction space”.

One of the driving forces behind the idea is Professor Steven Tingay, a scientist and astronomer who wants a more coherent connection between academia and industry.

“The key aspect to concentrate on is big data and big analytics,” he says. “We’re faced with many of the same problems, sifting through great quantities of data.”

With the advent of supercomputing and the rollout of the National Broadband Network giving access to fast connection speeds, the opportunity to jointly tackle the big data challenge has arrived. 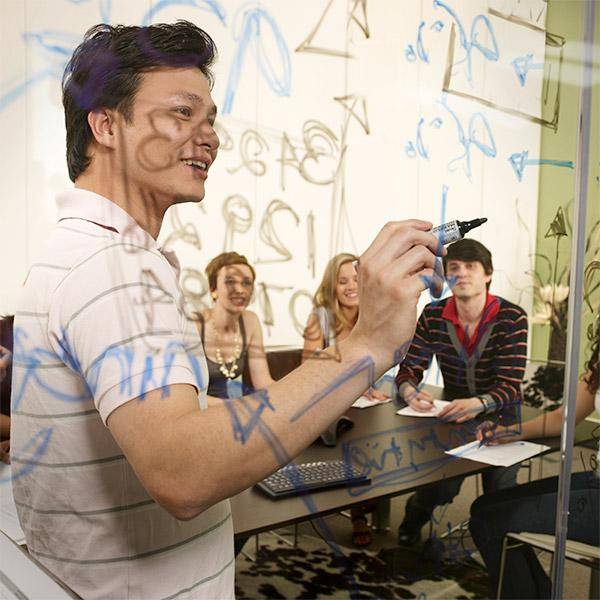 After a round table discussion with a number of companies and academics, the conclusion was that there was a need for a proper interaction space where academics and business could bring their problems, whether in Australia or overseas.

The result of this initial brainstorm is the opening of an interaction centre at Curtin University in Perth, funded by Curtin and Cisco Systems, a major networking and communications company.

Apart from face-to-face brainstorms between top scientists and industry heads, the advent of the nbn and fast computing means that online will play a large part in the process of sharing information virtually.

“We need fast links for remote interaction. The challenge is to make it as meaningful an interaction as if you were there in person,” says Professor Tingay. “Online is certainly the way in which we work a lot now. However there’s no substitute for face-to-face interaction and talking.”

Professor Tingay, who believes Western Australia has the potential to become Australia’s Silicon Valley, says the interaction space is not asking government for a single dollar of support.

An initial group of 30 companies, along with academics, are in the new centre’s core group, which will work out governance and intellectual property issues.

“We want to get some demonstrable success before opening up to a wider audience and then to all-comers.”

He said Woodside Petroleum had analysed one of its operations and came away with more than 1000 problems they needed solutions to. “This is exactly the sort of challenge the interaction space would deal with,” he said.

The interests of business and academia are very similar, he believes, in that they establish groups which over time become very inward looking.

“They are very used to what they do and they don’t think outside the box. People get into their groove. But when you broaden your options and get people together you have a licence to think laterally and come up with solutions.”

The interaction centre was announced at Cisco Live in Melbourne in March this year.