How fast internet speed can help save truckies’ lives

Telehealth delivered through fast internet connections and a courageous group of volunteers are coming to the rescue of truck drivers who are putting their lives on the line.

They say speed kills. But one type of speed is helping save truck drivers’ lives… and that’s the internet speed delivered by the nbn™ network.

Truck driving is a macho business but not a healthy one, says Dianne Carroll OAM, founder and chief executive of the Trans-Help Foundation, a charity she set up nine years ago after losing her first husband, Gary Cullinan, to a truck crash.

“Using telehealth for the transport industry is beneficial, especially for the long-haul drivers who can be away from home for two to three weeks,” she says.

“Many are overweight, have high blood pressure, are depressed and suffering from road trauma, but to get them to make an appointment is almost impossible because it means time off the road and possibly losing a contract. 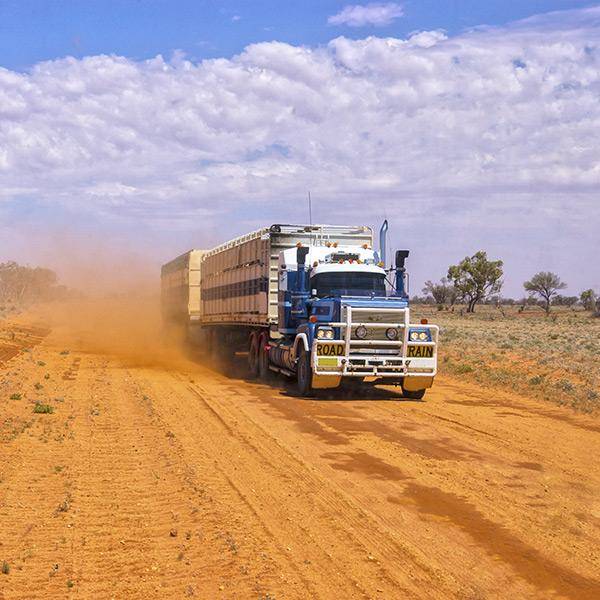 “But they can have a telehealth appointment no matter where they are, providing they have an internet connection.”

Appointments on the Go

Getting men to see a doctor to discuss health issues is hard enough, but for truckies and FIFO workers it's nearly impossible, says Dr Freeman.

“With the nbn we can offer a high quality medical service to people located almost anywhere and help stop people falling through the cracks,” he said.*

“Just the other day I had a chat with a truckie about his blood pressure while he was parked at a truck stop in the middle of the Nullarbor plain. He'd run out of tablets and had not been able to get in to his local doctor before leaving. Typical bloke!

“Thanks to the nbn the connection was crystal clear, despite the fact we were 4000 km apart. I sent his script through to the next town allowing him to stay on vital medication while still getting on with business.*

“Right this second there are over three million Australians at increased risk of strokes and heart attacks because they are not taking life saving medications. The nbn and telehealth have the capacity to provide much more efficient access to medical services and make a real dent in issues like this."

“The driver had applied to upgrade his licence and answered a question about previous illnesses by saying he had PTSD (post traumatic stress disorder) four years ago. He was told his licence had been cancelled and he needed a psychologist’s report before he could get it back.”

Using GP2U, what should have been a lengthy process, “The whole thing took just 18 hours.”

She said psychological issues were very prevalent but drivers could not make time for regular appointments.

“With telehealth they can have continuous appointments as after hours is the only time these drivers can get off. By the time a routine appointment comes around they could be the other end of the country whereas with telehealth and GP2U it doesn’t matter where they are.”

Trucks are involved in one in five fatal crashes, according to road safety statistics.

Apart from psychological issues, fatigue is a common problem, with research showing almost one in two truck drivers admitting they sometimes drive on the edge of falling asleep. And sleep apnoea affects 41 per cent of commercial truck drivers, according to Monash University Accident Research Centre in Melbourne.

“There are a lot of drivers who won’t come near us initially but after our fourth or fifth visit to a place they’ll pluck up the courage to come across,” says Ms Carroll.

She said the mobile units check between 70-100 drivers a day, checking blood pressure, warning about energy drinks, helping them renew prescriptions, and making telehealth appointments if they spot an urgent problem.

“You’ve got to get out there and talk the talk. You’ve probably got a 10-minute window or you blow it. I’m willing to say to a driver if he’s not listening, ‘I don’t want to read your obituary next week mate’, or ‘what sort of wood do you want in your coffin?’

* Your experience including the speeds actually achieved over the nbn™ network depends on the technology over which services are delivered to your premises and some factors outside our control like your equipment quality, software, broadband plans and how your service provider designs its network.

“But they can have a telehealth appointment no matter where they are, providing they have an internet connection.”

Appointments on the Go