Join global expansion expert CT Johnson as he leads a series of free video tutorials that could help you take your business Glocal using using fast broadband such as via the nbn™ broadband access network.

“We’re going to be talking about the importance of digital marketing in China,” explains CT Johnson1, managing director of Cross Border Management, at the start of his fourth Glocals Academy tutorial video. “Getting your digital marketing right is vital, as it is the key to connecting with your audience in China without having to physically be there.”

Read those final words again; they’re at the very core of the Glocals movement. For Australian small to medium businesses (SMBs), and even hobbyists with a view to commercialising their favourite past time, access to fast broadband such as via the nbn™ broadband access network offers a fantastic opportunity.

Fast broadband smashes down geographic boundaries and allows Australians to market and sell their products into areas they can’t physically reach. That could be across the state, across the country, or indeed internationally into huge markets like China.

Staying local but going global with your business is ‘going Glocal’ and it’s a potentially lucrative future for thousands of Australian SMBs who are connecting to nbn’s broadband access network. 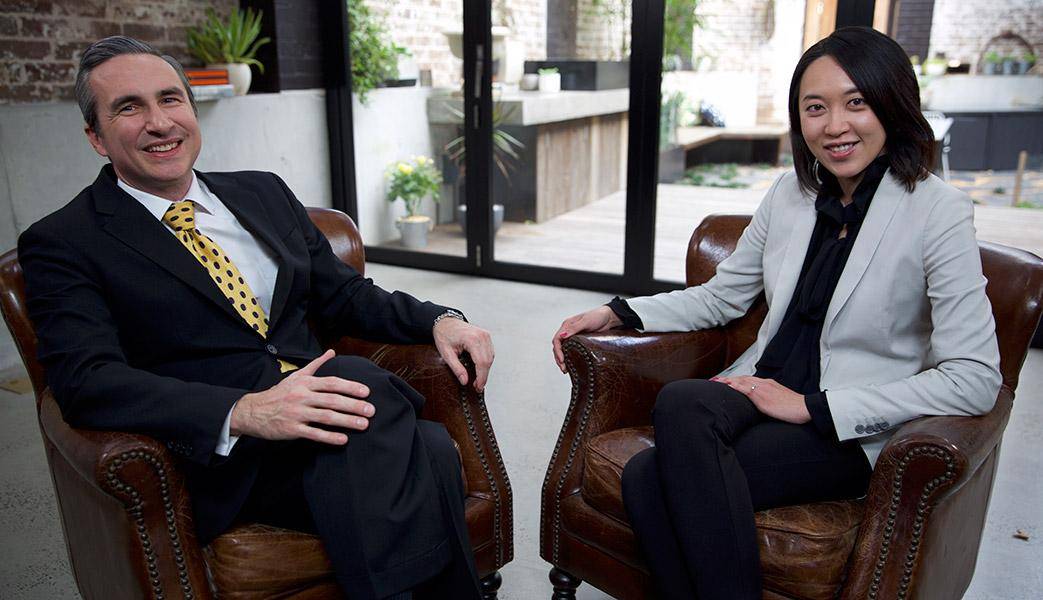 While Singapore (29 per cent) and the USA (26 per cent) are significant contributors to Australia’s $2 billion annual export value, they’re not the biggest. China (39 per cent) is a huge market with near boundless opportunity for savvy Australian business owners.

There are 467 million digital shoppers in China, but to help Australian SMBs get a slice of the pie, there are some best practices to put in place ahead of Glocal expansion.

Increased access to fast broadband allows local businesses to efficiently and effectively communicate, manage, market and distribute their product and services to international markets. However, it’s experienced figures like CT Johnson who have been there and done it before that can reveal the best steps on that journey.

This is why nbn and CT Johnson have teamed up to provide the Glocals Academy: a tutorial video series to help Australian SMBs make the most of their connectivity.

A key part to these tutorials is bringing in some expert commentary. In tutorial one, successful Aussie export Slim Secrets took us through their road to success in China. In tutorial two, we discussed e-commerce models with Reach China. And in tutorial three, Austrade detailed the ins and outs of the 'Daigou'.

For tutorial four, CT talks with an expert in Chinese digital marketing to offer some vital advice.

“With the rise of digital marketing powered by fast broadband,” CT Johnson continues, “it’s easier than ever for SMBs to go Glocal.”

Livia Wang is the director of Access CN, a company that specialises in helping companies that don’t know where to start when it comes to tapping into the Chinese market. Her company works with such notable brands as Westfield, David Jones, NAB, and Dior, to name a few. Access CN believes that a tailor-made digital strategy utilising creative marketing is the best way to break into China.

“China is a big market,” she explains, “and it has its own world. For example, they have Weibo; they don’t have a Google search engine. And WeChat has around 700 million daily users alone. These are the main two digital channels at the moment.”

Don’t be disheartened if you already feel out of depth; there is probably no reason for the majority of Australians to have personally encountered these channels in their day-to-day lives. However, Wang has an intimate understanding and is happy to explain the way a service like WeChat operates.

“WeChat is kind of a combination of WhatsApp and Facebook, with ecommerce functions including payment solutions. So it’s not only a social media tool, it’s a very useful tool for a lot of your daily life.”

When looking at the two and how Australian SMBs can use these channels to get exposure in China, Livia has some vital advice about why Weibo may be an easier place to start than WeChat.

“We have seen great success cases in Australia because Weibo is website-based, where WeChat is app-based, so it is easier to be found. It’s easier to transfer and you can actually find it anywhere by searching for it.

“Therefore, a lot of the business cases leverage those [blogger] celebrities, those key opinion leaders, to influence their network and promote their products.”

This is just the start of Livia’s invaluable advice. As you watch the tutorial below2, you will learn more about the search engine Baidu and how it operates.

You’ll learn the basics of why and how when it comes to using influencers effectively to cut through the often-fragmented Chinese digital marketing system.

You’ll discover how to effectively get your SMB into WeChat. Plus, there’s an overview of the biggest challenges Australian SMBs will face in Chinese digital marketing.

Don’t forget that as well as enjoying the below video, you can win a six-month mentorship for your business with CT Johnson.