Skip to main content
Related Articles
Tech it easy: How parents can relieve their techno guilt The class(room) of 2016: A peek into the digital future of education 1, 2, 3(D): Printing a new future in classrooms 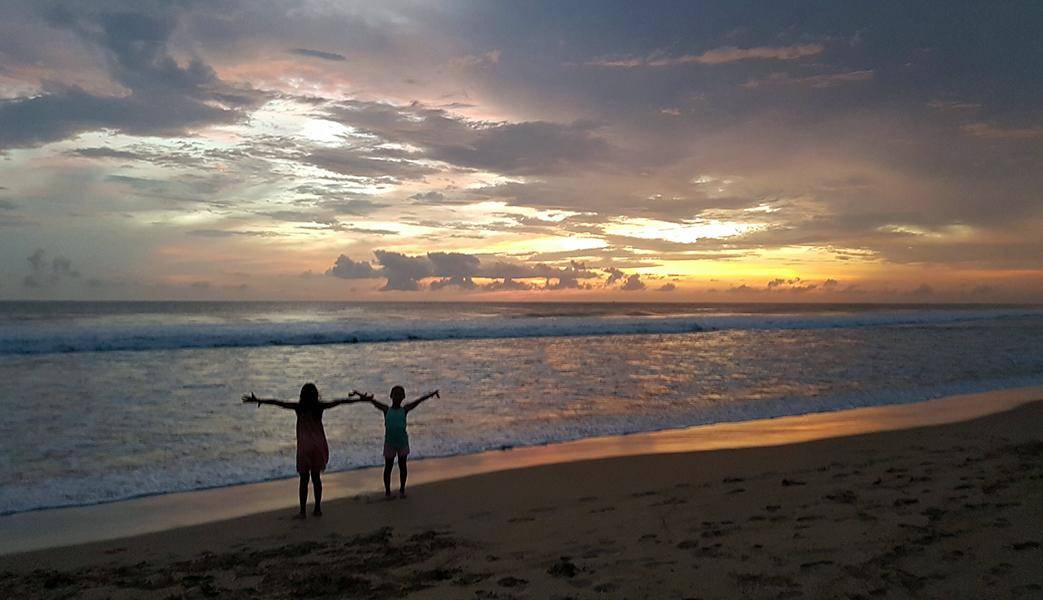 "Mum, can we watch TV?"  – five simple words that evoke childhood nostalgia for me, but seem to have lost some of their power for the next generation.

It wasn’t that we got to watch much television as kids, but it was certainly worth asking as often as the mood struck.

We never knew - mum might capitulate, or she might just send us outside to play, but we lost nothing in the attempt.

The irony is not lost on me when I hear myself sending my kids outside - and away from their screens -  but in today’s technological landscape it’s in response to “Mum, can we play on our iPads?” The TV is not so much a consideration.

As a parent, you cringe at the idea of your child being as device-reliant as you are, but then I wonder how mine felt about my seeming obsession with the television.

Each generation has their own new habits, but at least an intuitive understanding of connected devices is a skill my kids will benefit from later in life. I’m not sure I could say the same about the hours I spent glued to the unresponsive screen of my childhood TV.

By the time my children were two, they could navigate their way through my password and around my iPhone – handy at the dentist, or when Mummy was getting her legs waxed, but only a sign of what was to come.

By three years of age, they were downloading games.

I was sitting in the lounge looking at my emails when a thank you from Apple arrived, confirming the $15 of games purchased only moments ago. The drama was short-lived.

A quick trip to the kid’s bedroom and a lecture about using Mummy’s iPad without permission, the cost of apps and the dangers of the internet, and the children haven’t downloaded a game or app since without my express permission. 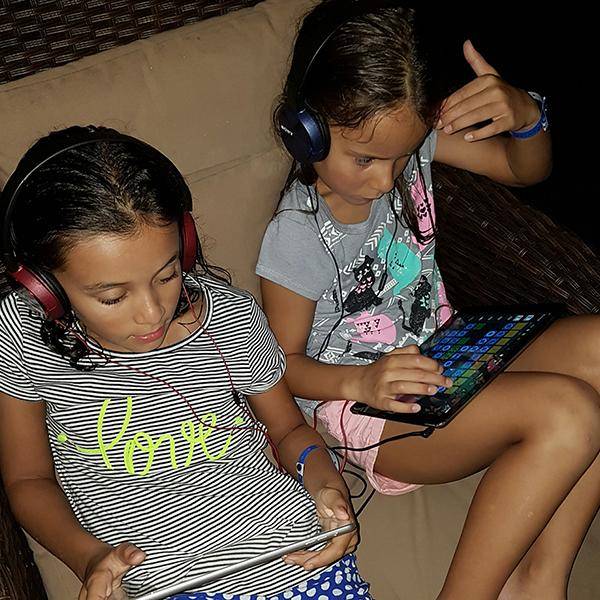 At four, they knew what the "Update" alerts were all about and would plug-in, check the Wi-Fi connection and hit ‘OK’.

Kindergarten saw the introduction of iPads in school, then in Year One that they were encouraged to ‘bring their own’. The understanding that they would have access to an iPad was implicit and hardly noticed by me at the time.

At six, Christmas in Melbourne saw us walk into my in-laws’ house where we would be staying for two weeks. “Hi Nanna, what’s the Wi-Fi password?” After all, you need to get the important things out of the way first.

As it happens, the iPads were quickly forgotten and didn’t come out again until the flight home. It was pleasing to see that family connections and summer holidays were still alive without devices.

With a seven-year-old in the house, I found myself getting kicked off Spotify.

I was trying to play some tunes during after-work drinks in the office, but every couple of minutes the music would stop and when we logged back in Katy Perry or Taylor Swift would roar back at us.

The solution was easy enough: a quick phone call home with “Can you please tell the girls not to use Mummy’s Spotify account for the next hour?” Unexpected and mildly-amusing problem solved.

Here we are at seven and eight. Miss Eight is happy that she has Wi-Fi + 4G, but, as we discovered on a family trip overseas, is thankfully yet to work out global roaming.

Nor has Miss Seven worked out that hers is Wi-Fi only. For now she’s happy to be moving on from Mummy’s old first generation iPad… so 2010! 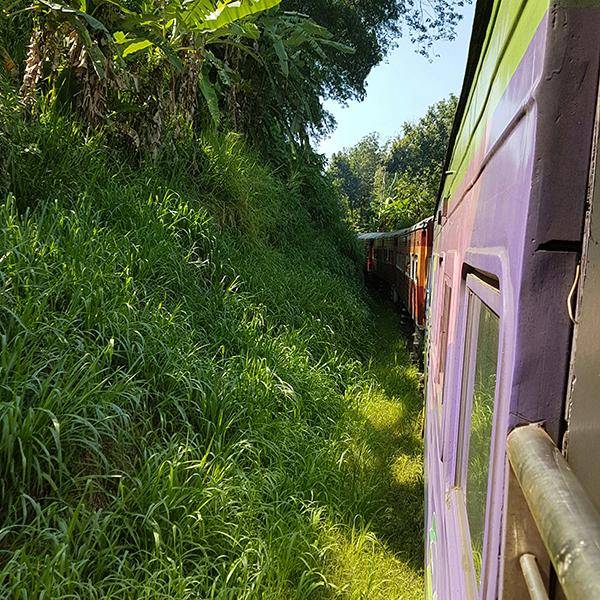 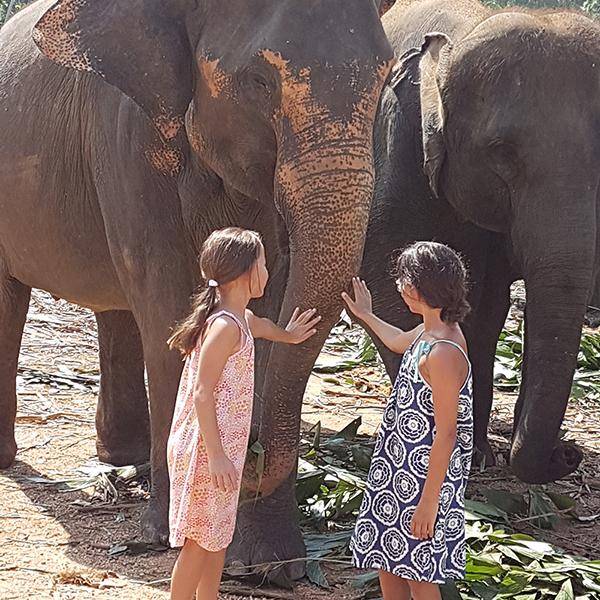 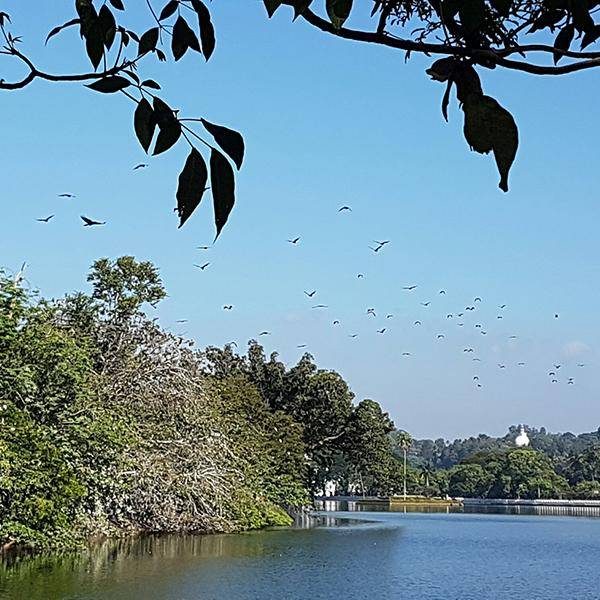 Explaining the workings of Wi-Fi to the girls in Sri Lanka's scenic surrounds was an interesting experience.

While their device skills might be bordering on instinctive, their understanding of what makes them go is a work in progress, but as always they’re learning.

On our drive through the Sri Lankan countryside recently, Miss Seven asked her Daddy for the Wi-Fi password. There we were - in the middle of Sri Lanka explaining the workings of Wi-Fi to a seven-year-old!

Satisfied with the explanation, though unimpressed with the outcome, she settled for listening to her Spotify collection offline.

Give it a year and she’ll be tethering.

After that, who knows? So far we’ve found solutions to every problem that’s popped up, relying mostly on educating them why certain restrictions need to be in place.

Eventually they’ll overtake us, but with any luck by then they’ll be able to regulate their own usage and our job as technological guardians will hopefully be done.